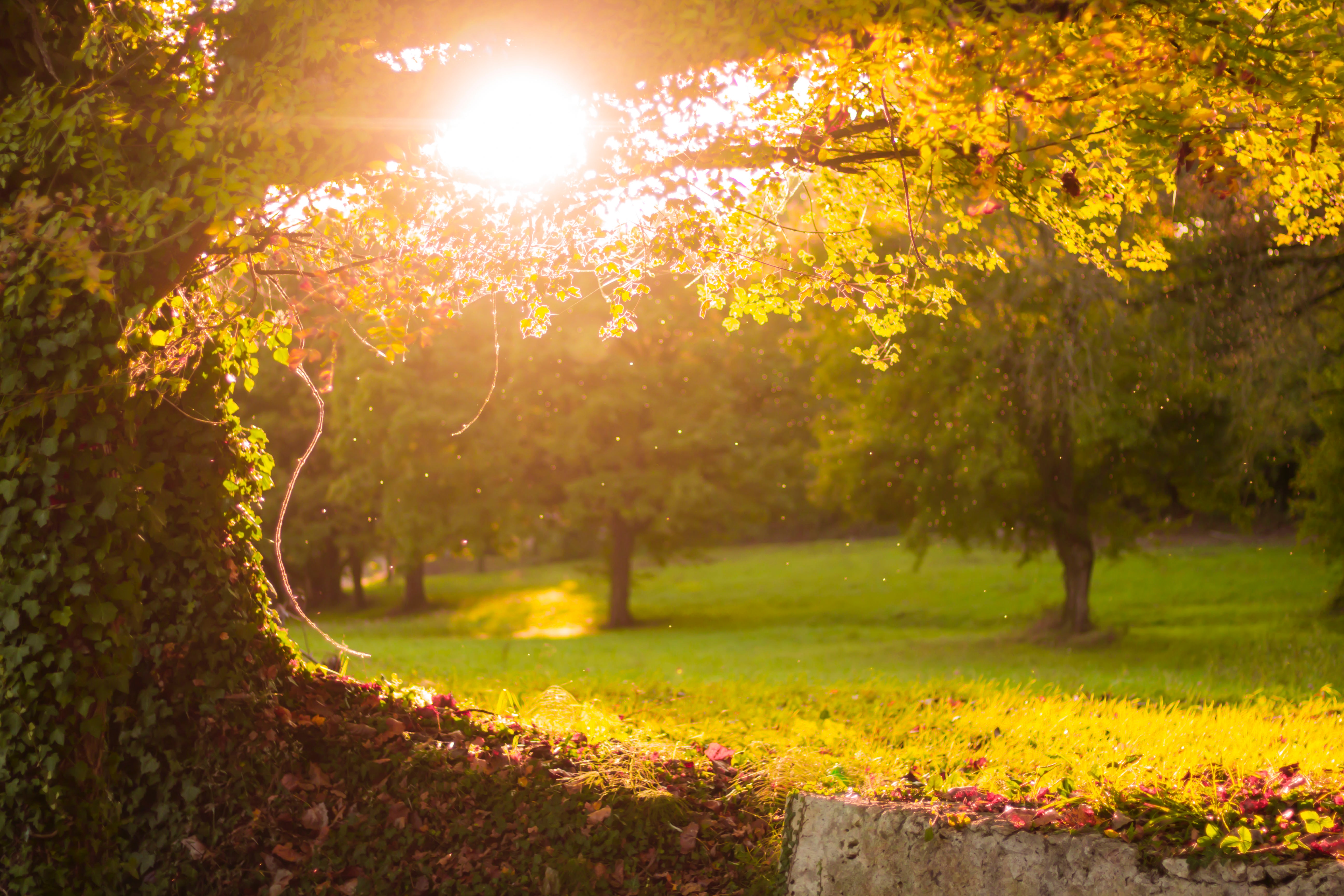 In Praise of City Parks

Wherever you live in London or other parts of the UK a park or urban green space is never far away. I can vouch for this given my earlier life as a long distance runner across the capital’s concrete and urban greenery. In my early days of long distance running across the capital I would set myself a goal of running from one park to another using notable trees in each park as my finishing line as motivation to increase my distances.

With over three thousand parks, thirty thousand allotments and three million gardens, London has earned its right to be awarded the worlds first national park city in July of this year. And given that over 47% of London’s urban sprawl is populated by green space its easy to miss out on the many benefits the free access to London’s green spaces that’s freely available to all.

The green medicine freely available to both residents of London and visitors has been seized upon by the medical profession. Increasingly NHS doctors are turning to social prescribing which is a non-medical intervention where activities activities such as walking and spending time in nature are encouraged and recommended as alternatives for many patients and service users to many drugs and medications given out daily.

Each London I have lived in is closely aligned to fond memories of time spent in the areas local park. Many of us have long benefitted from the green prescriptions of social prescribing. London’s parks are both similar and distinct, sharing many trees and plants in common. But if you look close enough every park has its own original character and enduring features.

When I lived close to Brockwell park in South London I adopted an oak tree that I would visit on mornings to engage in a quiet moment underneath the trees sprawling canopy before starting my day. When I moved out to South Norwood more recently I have welcomed the blue space of South Norwood Lake an oasis in the borough of Croydon an area better known for small pockets for urban deprivation that its vast landscape of urban space. And when I venture further South West in London nothing can beat the sighting of wild deer and ancient trees still looming in Richmond park one of the cities eight royal parks. When you take the green space in London in totality it is impressive.

But even so, how much do you really appreciate the urban green space available often on your own doorstep? I realised this recently when I ventured across the road to a park in my own backyard. Grangewood park is a small by comparison to many of London larger specimens. Its sits in the shape of an island in a residential area surrounded on all sides by wrought iron gates.

For years as I drove past in my car I would dismiss the park as unattractive and undesirable despite never having stepped inside. Unable to see into the park from the road side I had no idea about its interior. It was only after moving into the area and making the parks acquaintance that my changed. For example following a recent visit I wrote this about the park in my journal, “Grangewood park feels both primal and ancient. A park lost in time holding onto its ancestral roots when it was once a proud family member of the Great Northwood whose trees were the original streets of this whole coast of South London. The stone steps that greet me at the entrance I enter the park remind of the walkway leading up into the Buddhist temples and shrines in the far east.”

As I was to discover Grangewood park has many fine qualities. One stand-out feature celebrated locally is that it is home to one of London’s only white albino squirrel’s which according to local news has just recently given birth to three newcomers.

Having recently returned from vacation in the Caribbean I was very conscious of the impact of my carbon foot print based on my return flight there and back. So with gorgeous sunshine that had serenaded London over the summer I set off on this particular Saturday morning determined to top up what I call my green carbon foot print.

Green carbon foot print walks are often locally based, and done on foot as a way of bringing your neighbourhood to life through a more sensory and embodied experience.

With the sun in full attendance I headed in the direction of Grangewood park which normally appears dark as a result of the tall trees and wide canopies. Today the park is basked in light. Its slender framed trees stand tall and upright shimmering silhouettes as I climb the hill in the warm sunlight.

Grangewood park maybe small in comparison to many London parks but shows signs of being well cared for. From the absence of litter to the area of fencing surrounding several Oak trees with clear signage announcing the reasons for the fencing being in place is to protect the seedlings so that the oak trees can regenerate and bring back the trees that were part of the Great Northwood that once stood in this spot.

Tucked away in the park I discover a quaint bowling green whose lawn resembles having been freshly ironed. And the tennis court vibrating from the sound of tennis balls bouncing across the nets. I am in no hurry and I enjoy walking without a destination as I am doing today. Parks puts us back in touch with the earth and the soil. We leave traces as we walk, a foot print, a slower exhale into the air, a plucked flower or a broken branch or twig. We often remember times back when we were once closely connected to the soil and the land.

Bar a few dog walkers the park is tranquil today a direct contrast from the hustle and bustle of Thornton Heath High street a mere stones throw away. The quiet is infectious, soothing and energizing. In this quiet space my ears welcome the sounds of the birds chirping, cawing and tweeting into the summer air. I strain my ears to see if I can hear the toot of the resident owl who residents complain keeps them awake at night.

My green walk status is further complemented by the fact that my phone is off. I’m strolling instead of scrolling. My mind is empting of the relentless life disturbances and noise that fills it daily. Being in a digital free zone means distractions are lessened. I’m aware of how more relaxed I am feeling and how much looser my body feels with each step I take. Digital freedom for now feels like a fine tuning, a flushing out and an allowing in of sounds and sensations from my environment that are more peaceful and soothing.

Slowing down as I have enables a wider range of seeing and sensing of the space you are in and your relationship with it. With this new lens you get to see and feel more than what is so easily missed when we speed through our days.

My favourite spot in Grangewood park is the home of a black walnut tree. Like the terraced houses surrounding the park if there was a mortgage on the park’s trees then this tree would, without doubt fetch the highest price tag. In America a single black walnut tree carries a price tag of $20,000. From a distance its presence resembles a pine tree, with spindly green needle like leaves. But up close the branches are laden with green and black shelled walnuts whose outer coat resembles the parched earth of soil in the desert.

Its bark is a wonder, and the reason for its price tag. Today the bark is peeling in similar fashion to the stripped bark of birch trees. The bark is swimming in colour, tones of mulched red, mocha green and resin brown. The stripped bark reveals a copper red wood, a furniture makers dream.

This tree could be easily missed with its quiet, unassuming aura. Whilst some trees boast a presence filled with pomp and ceremony this tree can easily go unnoticed as most park visitors routinely walk pass without a second glance.  I smile knowing that this not noticing will protect this tree in the years ahead for future regeneration of its species.

Spending time in this way is my version of an urban forestry pilgrimage in the city. Can’t get to the woods or the forests then delight in the urban forest right on your doorstep.

Done regularly a mindful walk can naturally evolve into a practice of expanded seeing. So where to start? Begin with noticing what trees are resident in your local parks and green spaces. Make a point of slowly identifying and getting to know the names of the different trees, plants and flowers that frequent your local green space. Identify a favourite place to visit in your park. Research studies reveal that when a favourite place in nature has personal meaning we gain more benefits from time spent in that space.

My visit to the Black Walnut tree ignited my curiosity and sense of wonder. I valued the trees hidden treasure and it felt like my little secret. As a woman of colour I feel more at home in nature in a way that is often conflicted in public and professional spaces. I notice how much friendlier people are in parks and green spaces a fact also backed up by research.

Locally people smile and nod and say hello as the vicar did this particular morning as he walked his dog. And dog owners seem to operate an exclusive society of instantaneous membership. Greeting each other for the first time as if they were long lost friends, regardless of race, colour or creed in ways that is jarringly missing in the corporate and business worlds in cities like London.

There’s something inclusive about being in nature that seems to put people at ease with each other that often and sadly gets missed in other areas of life.

So if you are ready to self prescribe your own version of a green prescription here’s some tips to get you started:

Why being outside is so good for mental health

Why we shouldn't take trees for granted

What the winter trees can teach us

What autumn can teach us about letting go