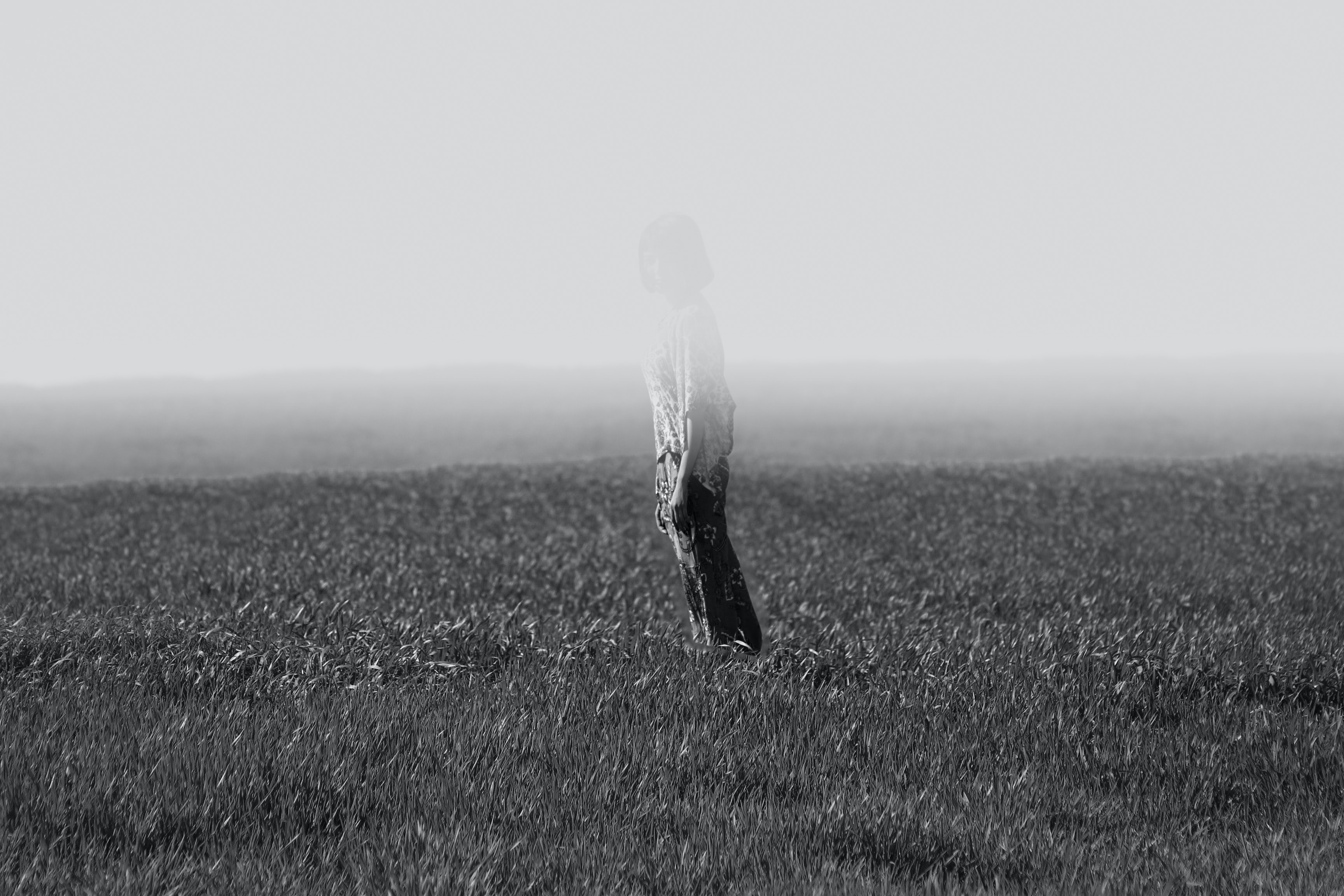 Healing from Dissociation and Integrating the Self

In 1957 a clinical case study of a young woman with multiple personality disorder was expanded into a book, The Three Faces of Eve, and became surprise bestseller. A movie followed shortly with Joanne Woodward playing Eve White and winning the Oscar for best actress. The symptoms that initially brought Eve to a psychiatrist were debilitating headaches and blackouts. During one session another personality emerged, fun-loving party girl Eve Black, of whom Eve White was unaware. A more stable third personality also emerged – Jane – who recounted the event that apparently triggered the fracturing of Eve's personality. As a child, Eve had been forced to kiss her dead grandmother in an open casket at her funeral.

Multiple Personality Disorder changed to Dissociative Identity Disorder (DID) in 1994 and is one of a range of dissociative disorders described by some combination of five core symptoms (see below). Such disorders are associated with high-risk behaviours including suicide and self-harm.

Mild (non-pathological) states of dissociation are very common, e.g. worrying, daydreaming, talking while driving, becoming absorbed in a book, or 'zoning out' (1). We use different personas as we move between different roles in our daily lives e.g. acting one way in our job, and another in our salsa dancing class. These are examples of 'code-switching' where we attempt to match the norms, social expectations and language patterns of whichever group we find ourselves in (2).

For people with dissociative disorders, this is much more extreme. At times a person may be 'apparently normal' whilst at other times fractured parts of the personality associated with strong emotions take over (3). These may have different names, mannerisms, accents, needs, physiological responses, and beliefs from the core self (4). Emotional parts may shut down the core self, making the person fatigued or sleepy, altering time perception, or causing complete blackouts.

Dissociative disorders are considered to be an early onset form of post-traumatic stress disorder (PTSD) and a protective response following childhood trauma or failure to attach to primary caregivers (8). Such early stressors may affect the long-term development of the brain and nervous system. Recent brain imaging studies reveal differences in both structure (grey and white matter) and function (brain activity) in people with DID compared to healthy controls (9, 10).

Treatment involves engaging with the parts of the personality through guided imagery and active imagination. All parts are respectfully reassured that they are welcome to speak and will not be rejected, thanked for their hard work, and encouraged to collaborate with other parts. Patience and a consistent schedule are key here – sometimes highly protective parts are reluctant to trust the therapist or the process and may be antagonistic.

When working with dissociative clients, my goals are to help them feel safe and to proceed slowly enough that emotional parts are not triggered to initiate dissociation. This is assessed by the client carefully noting what their body is doing and feeling at any given moment. When a dissociative signal occurs we immediately stop and 'unpack' the interaction, talking in a manner that invites the part(s) to listen and ultimately to feel heard and accepted.

Through gentle, systematic mind-body detraumatisation methods, including Advanced Integrative Therapy (AIT) and hypnotherapy, child parts are invited to put down the burden of the difficult and intense emotions they carry and encouraged to play and be children again. Older parts are given more appropriate roles, as members of a team rather than in isolation, through a process of negotiation and agreement. This process will ideally eventually result in enough integration and self-awareness for the client to function well in daily life.

Cora, 21, was born in London to a black African mother with mental health issues. She experienced physical and emotional abuse for extended periods of her childhood. At 14, Cora was removed from the home and spent some time living with a family friend before being returned home under supervision by social services. When Cora made an appointment for therapy, she was experiencing troublesome symptoms despite excellent sleep hygiene and self-care, that were affecting her ability to complete her university degree. These included a tight throat, memory problems, fuzzy thinking, a distorted sense of time, extreme fatigue, and falling asleep during the day when she had to perform a task. Even something as simple as folding laundry would trigger sleep.

Cora had previously been assessed for dyslexia, hypothyroidism, diabetes, anaemia, narcolepsy, and cyclothymia (a mood disorder). Shortly after starting work with me, she was diagnosed with depression, partly because she reported that she had been unable to get out of bed for several days. Cora felt frustrated because she did not feel depressed and because the diagnosis in no way explained her varied symptoms. She was frustrated by her inability to articulate what was going on and questioned the psychiatrist's diagnosis.

Cora completed online assessments for dissociative symptoms and arranged a formal assessment­ – a structured interview at a specialist clinic. Finally, she received a diagnosis of dissociative disorder not otherwise specified. Although relieved this diagnosis provided a more accurate explanation for her symptoms, Cora felt daunted and overwhelmed at how to proceed with treatment. She decided to continue therapy with me, and we settled on three times per week for two months.

Cora shared some stories from her childhood when she was already exhibiting extreme changes in her sense of identity. Upon attending a family wedding in Wigan, Cora found she had acquired a Lancashire accent and retained it for two months. At 13, in a school with a high proportion of Eastern Europeans, she joined a group that celebrated Polish heritage. She learned to speak Polish, ate Polish food, went on a school exchange to Poland, lived with Polish family for and felt that she had become part of the Polish community. Cora recalls 'I thought that if I could change enough and become another person I'd be accepted and have a family.'

As a student, a part of her would dig in its heels and refuse to let her leave a party until the bitter end, sometimes engaging in unwanted or unhealthy activities. Consequently, Cora would often decline social invitations but would feel a 'horrible fiery sinking feeling in the gut' and 'crippling guilt' at disappointing her friends. She would sometimes experience depersonalisation, as though she were looking out through someone else's eyes.

Treatment in this instance involved the use of guided imagery to create a light hypnotic trance, in a mental landscape created and described by Cora. This inner landscape consists of a beautiful house, with a staircase coming down to a warm kitchen and a large natural garden with woods. A playful dog accompanies one of the very young parts. The tranquil landscape provides a place for parts to meet and talk when they are ready, and for the young child parts to play. There is also a waiting room for parts who have not had the chance to speak yet.

At every stage, I provided psychoeducation, engaging Cora's intellect so that she can check her self-awareness and understanding. Some parts continue to be rigidly protective for a while, warning Cora that she should stop therapy and advising her that she does not need to change. Cora herself is patient, motivated, and reliably shows up. She has already experienced a more autonomous level of functioning and is enjoying getting to know her internal family better (11).

Cora states: 'This work gives me the tools I need to live life as a fully integrated person – I had no idea how dead I was feeling inside. I no longer feel crazy and I am actually able to make sense of what's happening to me, which is an invaluable gift. I know healing is a lifelong process, but I am already making progress which is enriching my life in a way I could never have imagined before.'

The relationship between trauma and dissociation

6. International Society for the Study of Trauma and Dissociation (2011): Guidelines

8. Diseth, T. (2005). "Dissociation in children and adolescents as reaction to trauma - an overview of conceptual issues and neurobiological factors". Nordic Journal of Psychiatry. 59 (2): 79–91.