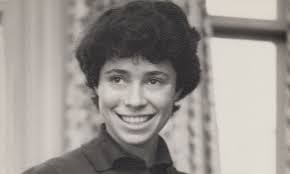 A Son's Intimate Search for his Mother

Jeremy Gavron’s A Woman on the Edge of Time is a very personal detective story. As readers we are witnesses to a son’s intimate search for his mother. Gavron painstakingly seeks the truth behind the suicide of his mother, Hannah, at the age of 29 when he was only four years old. As a journalist he seems to want to wring truth from words, the words of his mother’s friends, schoolmates and relatives whether they be written or spoken. And in the case of his father and other close relatives, words left unspoken, mysteries enshrined in silence.

Hannah Gavron was sophisticated and talented. She was to publish, posthumously, a social study, The Captive Wife, which encapsulated the dilemma of many women in the 1960s; encouraged to follow an education, but tutored to believe that marriage, motherhood and housewifery were the preeminent rewards in life. Hannah had a PhD, reviewed for national literary publications, held a good position in academia but was still expected to have a hot meal on the table when her husband returned from his job in business. She was relatively lucky as she and her husband could afford a nanny and later an au pair; she had support in bringing up her two young children. However, her son gives us plenty of evidence for why this was not enough to keep her from taking her own life as the pressures of balancing a progressive working life with a conventional home one took their toll.

Gavron’s patient unearthing of the facts behind his mother’s life reveal to us just how on the edge of time she was. There is no guarantee that a decade or more later she would have been protected from the slings and arrows she suffered but as Gavron’s story unfolds it becomes clear that he feels she would have stood a better chance of survival. Hannah was abused by the head teacher at her boarding school aged just 14, she was born too soon to experience the present day abhorrence with such predatory (let alone illegal) behaviour, her parents seemingly falling in with her fantasy of this being a love ‘affaire’. Later she was too young for academia to have some checks and balances against the blatant sexism that kept her out of positions to which she aspired and was clearly qualified to occupy. When she fell in love with a colleague but began to realise the relationship would not provide her with the alternative life she felt she wanted, the women’s groups and journals that started to flourish in the Seventies were not there to give her the sense of common cause and support that might have nurtured and cushioned her fatal collapse.

Gavron gives us a clear picture of a firecracker of a woman who might these days be called ‘strong meat’. He does not sugar coat his findings, he is not sentimental. But, sadly, I do not feel that his investigation has brought him peace of mind. He may have compassion for her situation, he may now be party to more of the facts behind her suicidal act but the pain and hurt that she still chose to leave him and his brother to live without her are etched into every chapter. As he says at the time of writing his compelling book “I am old enough to be my mother’s father, but I am her son, and children never stop wanting their parents’ love, never lose their ability to be hurt by them.’