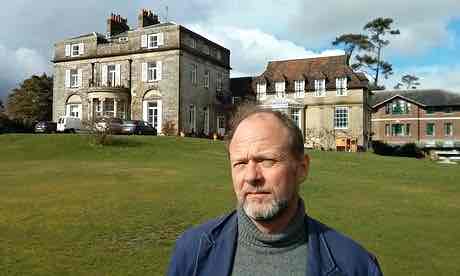 The Hidden Pain of a Boarding School Childhood

“A ‘stiff upper lip’ can damage health, says Prince William,” ran Monday’s headlines. “Dad!” said my 12 year old. “The BBC is saying your book is bad for people!” It was the most surprising endorsement to get, just a week after my book on boarding schools, abuse, separation trauma and the after-effects of all that was published.

Prince William was speaking about male suicide, seen at stark first-hand through his work as an air ambulance pilot. “There can be a time and a place for a stiff upper lip,” he told the charity CALM (Campaign against Living Miserably), “but not at the expense of people’s health.” He said he hoped that his children would grow up feeling able to be open about their feelings – this just a day after his brother Harry had told of having two years of “total chaos” in the aftermath of the death of Diana, his mother.

Just imagine – being encouraged to speak up about your feelings! What a break-through for our ruling class. For 150 years we - I’m one of them - were encouraged to do exactly the opposite: button it up, keep emotions under control, show a brave face, maintain a stiff upper lip. When Prince Charles went off to boarding school at eight, his mother said goodbye – at least, for the press’s cameras – with a handshake. The effects on the nation and the world are still being felt now.

A million people now alive in Britain went to boarding school. I would suggest that most of us, especially those who went before 16 (and many went at 6) are marked by it. We may look very confident, and we may ease ourselves into positions of power in public and private life as though we had a right to them. But beneath the skin for many there is festering hurt and anger. That isn’t necessarily because of physical or sexual abuse – though there was plenty of that. It may be merely the after-effect of abandonment, of childhoods ended too abruptly, of formative years lived in unhappiness and fear, without hugs or safety.

Prince Harry’s word for what happens to young adults with unresolved trauma weighing on them isn’t clinical but it’s correct. When I left boarding school, expelled at 16, I was in chaos. I was confused about sex and sexuality, savagely contemptuous of adult wisdom and mad keen to experiment with everything legal or illegal that had the label ‘fun’ attached to it. Under my arrogance there was deep-seated self-doubt, and a tendency to addiction and depression. It took me 20 years to complete my adolescence.

In those years, I didn’t not talk about the dark things that happened at school, but I did it with jokes. That was what the class rules permitted. I was luckier than some, I now realise – I carried no shame or guilt, which is so often the most corrosive after effect of child abuse. But I was full of anger. And that I didn’t understand at all – I forgave my parents, they had done merely what their culture prescribed – what was I angry at? But I knew and hated that I could not have a healthy, lasting relationship. That I fought every male boss I had. If only then I had been able to talk.

I might have done. The baggage carried by ex-boarders, and the debilitating effects of that and their survival strategies were first described and codified by the pioneering psychotherapist Nick Duffell more than 30 years ago, and the counselling profession began to  recognise the symptoms and treat boarding school “survivors” in a category of their own in the 1990s. The clinical work and writing of Professor Joy Schaverien has now made “boarding school syndrome” a mainstream topic in psychoanalysis. The help is available.

But the stiff upper lip class is trained not to complain, but to keep calm and carry on – noble-sounding ideals but too often carrying a subtext that is contempt for weakness and the very fact of needing help. For many of us it took a mid-life marital crisis before we sat down and addressed the fact that the underlying problem, the thing that made us drink, fight or close down when faced with emotional demands, might be our peculiar childhoods.

The great news is that ‘talking therapy’ really helps, especially for those who were taught that it was wrong to open up. Since I first started writing about abuse and neglect in the schools of the elite three years ago, I’ve received many hundreds of first-hand accounts. Often these come from people who have kept their pain a secret for 50 years or more. When the flow of emails is too heavy, they get an “out of office” response. I’ve had replies to that that go “You know, there’s no rush. After I sent the email, I showed what I’d written to you to my partner, and we really talked. Now we’re going to see a counsellor together…” That is satisfying. Every act of opening up can encourage another.

Breaking the silence is particularly effective for the boarding school “survivor”, because the silence is often the chief problem. Cover-up was the default policy of the schools when faced with scandal, as it was with so many British institutions that were supposed to care for children. Uncovering is both revenge – not a therapy the profession would recommend, but its value shouldn’t be underestimated – a cleansing, and the beginning of a happiness many of us thought was not possible.

So good luck to Prince Harry, Prince William and everyone bringing in the light.

Former boarders are not always aware that their boarding experiences have affected them as adults.

It might start with a feeling. That all is not right. A comment from a friend, a partner, a loved one. But where to start? Then the resistance kicks in. Wasn’t it the making of me? Do I really have Boarding School Syndrome? But wasn’t it a privilege to board?

The varied and complex symptoms of Boarding School Syndrome include:

These and other problems stem from the process of surviving living in exile from home in an institution. We compound them with an inner sense of shame for having had a  “privileged” education.

Such an education is poor training for life and a disastrous preparation for intimate relationships. With partners and being a parent. It’s only recently that we can confidently attribute these symptoms to our childhood boarding experiences.