Netflix's Sex Education: Is TV Getting Therapy All Wrong?
Find a therapist
Find a coach
Join as a practitioner
Log in/register 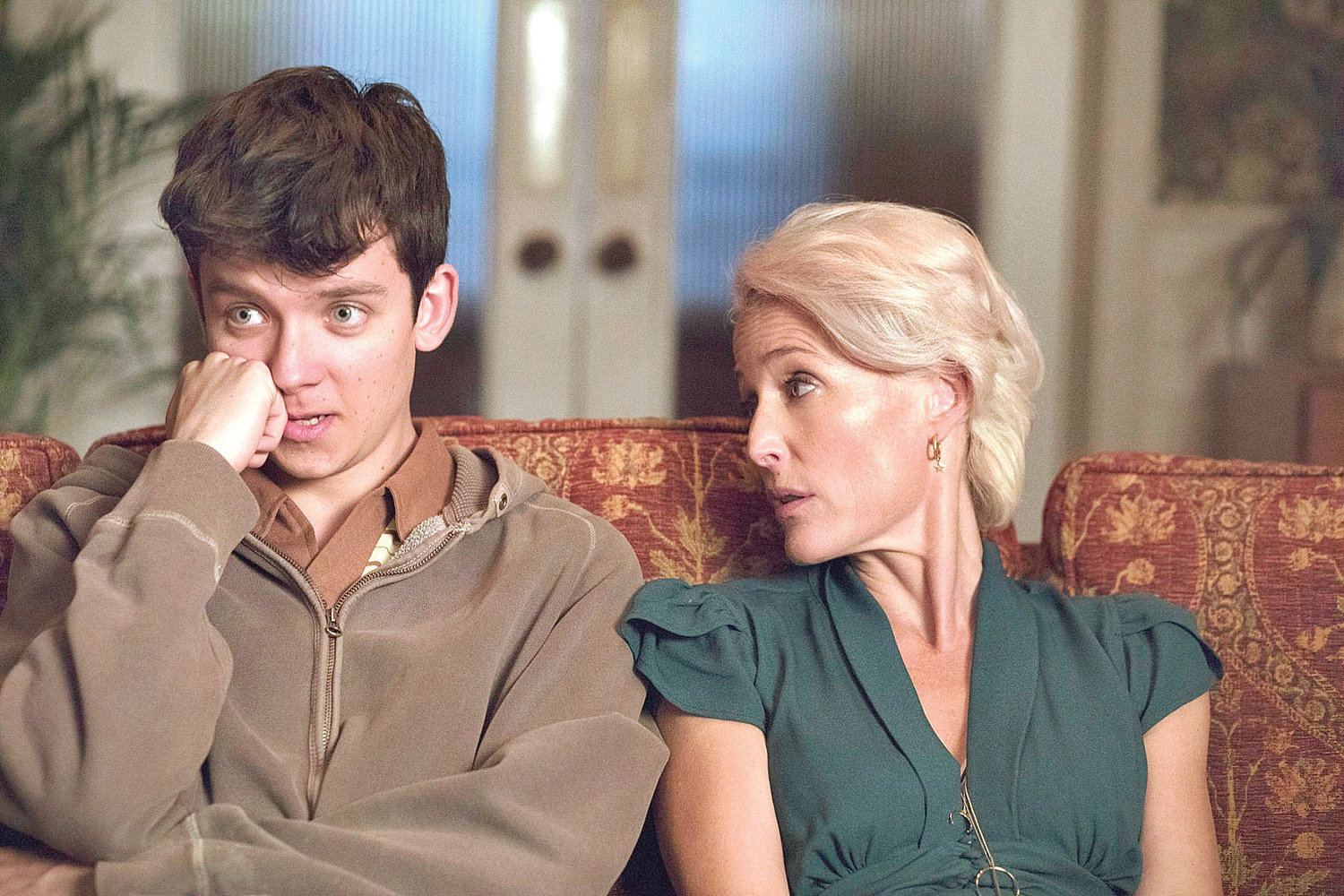 Netflix's Sex Education: Is TV Getting Therapy All Wrong?

To paraphrase the old cliché about newspapers, ‘Don’t believe everything you see on TV’. Not about therapists anyway.

Whenever I watch a TV show or movie with a counsellor, psychotherapist, psychiatrist or psychoanalyst in it, I can guarantee at least one moment where my engagement with the story takes a back seat to thinking: ‘What? He/she would never do/say that’.

I love it so much I forgive it for the fact that Jean behaves in ways that are deeply unethical and unacceptable in real life.

Let’s take confidentiality. In episode one we see her son Otis and his best friend discussing whether the couple they just saw going in for a session are ‘the ones who like to do it in animal costumes’. You wouldn’t want your therapist telling family members about their clients’ issues or proclivities. A therapist might occasionally mention a general theme like 'I have a client with depression’ but you’d never identify that person by name or say ’it’s the one who comes at 9 on a Wednesday’. Professional bodies like the British Association for Counselling and Psychotherapy or the UK Council for Psychotherapy hold practitioners to ethical standards with confidentiality as a core principal.

The BACP’s Ethical Framework, for example, states ‘We will respect our clients’ privacy and dignity’. Including ones who do it in animal costumes.

I’m not quite clear whether Jean’s conquests in the early episodes are clients but in a flashback we see Otis’s therapist father Remi having sex with a client in his office. Which is as unethical as it gets and would get you struck off for exploiting a client’s vulnerability.

How do other TV therapists match up?

Not Dr Melfi, of course, but even she isn’t immune to professional lapses. The series sets up her ethical conflict from the get-go given she’s aware who her client is – a criminal engaged in an illegal enterprise that involves murder – but she carries on working with him. In real life, the only time therapists would ever consider breaching confidentiality is if they know their client is breaking the law or a third person is in danger. At the very least Melfi would probably turn him down as a client. In The Sopranos she’s even depicted considering asking him to deal with her rapist in his own inimitable fashion after the law lets her down. Great drama but not likely in real life.

Heavy ethical dilemmas apart, another aspect of TV therapists that gets me huffing on the sofa is the way these characters deal with feelings. The vast majority of fictional TV therapists have the emotional intelligence of a flowerpot. Which is a bit like having a barrister who can’t formulate an argument in court or a TV cop slapping his fingerprints all over the gun.

When Jean’s son Otis is angry with her for writing a book about his sexual inhibitions (another major no-no – you’d never write about a client without their permission even when anonymising them and only a monster would use their child as a case study) she labels him ‘hostile’. Being OK with someone’s anger is pretty much therapy 101 and you’d hope a therapist, of all people, would have anticipated their son being a tad annoyed at having his insecurities exposed to the world.

Recently in Wanderlust Toni Collette played a married therapist, Joy Richards, whose sex life with her husband has dulled and suggests they explore sex with other people. Fair enough. But I had to stop watching because of Joy’s perma-astonishment at other people’s feelings – like her children’s, when told of the plan. I’m not saying all therapists respond to events in their private life in a measured way, far from it. But I did wonder whether the writers had talked to any actual therapists about how she might navigate the emotional side of things.

But let’s not get too po-faced. If all TV counsellors and therapists stuck rigidly to the rules it would be as entertaining as watching paint dry. And maybe all professions see themselves as misrepresented in TV, fiction and film. My background is in magazines and remember colleagues chortling about the sitcom Rescue Me in the early Noughties, set in a women’s magazine which had photographers on the staff. Not even Vogue has that - you’d use freelancers. Perhaps the inability of TV writers to get it exactly right and tell a good yarn is universal. Maybe there were Dinnerladies watching Victoria Wood’s classic sitcom throwing their chocolate wrappers at the screen yelling ‘What’s she doing?? You’d never serve THAT with a slotted spoon!’.

How therapists are portrayed on TV

How do I talk to my therapist about sex?

I was sexually attracted to my therapist