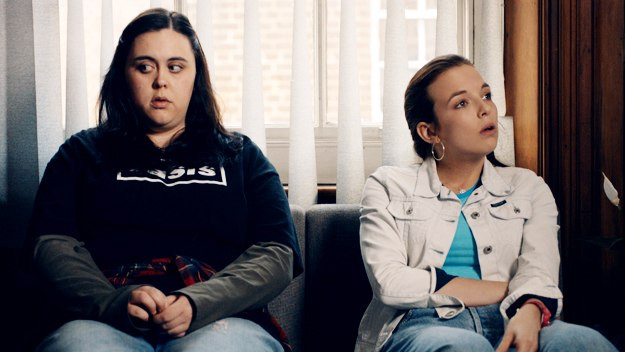 We all know that TV dramas and soaps can be entertaining, well produced and sometimes far-fetched but what about their role in helping people? As the leading mental health charity in the UK, Mind knows that media portrayals of mental illness are incredibly powerful in educating and influencing viewers. In fact, the most recent ‘Making a Drama Out of a Crisis’ report told us that more people are seeking support or find that their understanding has improved from their armchairs.

So who does it well? Here are our top seven TV dramas that have challenged stereotypes, celebrated strong characters and left us feeling well informed.

An oldie but a goodie, this drama was based on a semi-autobiographical novel by writer Clare Allen. The drama is set in a mental health hospital and Clare spent many years as an inpatient. We love this as it is based on real experiences. When we work with writers and researchers we always try to bring in people who have the illness and the life experiences to make things authentic.

Male depression is always a really important subject to tackle well and we salute Coronation Street as they chose long-running, popular character Steve McDonald for this storyline. The best thing was that Steve stayed ‘being Steve’, a man who just happened to have a mental illness. There was no personality transplant and life carried on. Just like ‘normal’ life with a mental health problem really.

In this incredibly challenging storyline we saw Lol attempt to take her own life after years of traumatic experiences. It is always very difficult to tackle suicide as a subject in drama and they don’t get it 100% right here (points taken off for a very prominent paracetamol jar when we know that showing a method can encourage copycats). However the storyline does really well at showing that suicide is not simple and generally is not ‘caused’ by one thing. They also avoid glamourising suicide in the aftermath of her attempt.

We loved Karen playing a character with bipolar disorder mainly because of the reaction of people around her, the stigma she faced and the way she challenged it! When her mother-in-law Mimi tells everyone that she has been in prison, rather than the truth that she was in hospital for her mental illness, Karen stays in character and tells Mimi that she has been diagnosed with bipolar, explains what it is and tells her that it is nothing to be ashamed of. Speaking out has never looked so strident!

This story saw character Stacey develop a rare but serious condition called postpartum psychosis. The Eastender’s team got it right on so many levels. They gave the storyline enough time to develop and to show recovery. They spoke to women who had been in her situation and ensured that the storyline was based on real lives and real experiences. We know that this storyline raised the profile of the illness and hopefully helped people to recognise the symptoms in future.

The character Rae in this comedy leads a storyline that seeks to normalise mental health problems. Despite the fact that much of this show is based in a hospital we see Rae as a ‘normal’ teenager who falls in and out of love, has some body image issues and just happens to be unwell with a mental health problem. Some of the warmest scenes from these series come from Rae opening up to her friendship group about her issues and realising that it makes no difference to how they feel about her.

This American spy thriller gave us the ultimate female role model who is attractive, highly intelligent and holds down an incredibly demanding job and like Rae from My Mad Fat Diary, also happens to have a mental health problem, bipolar disorder. The beauty of this story was that her illness didn’t dominate and she was not set as the bad or mad character from the beginning, although others did use her illness against her further along. Carrie generally does what many of us with mental health problems do, hide how we are feeling, go to work and just get on with it!