Netflix's Russian Doll: Why Do We Repeat The Same Mistakes?
Find a therapist
Find a coach
Join as a practitioner
Log in/register 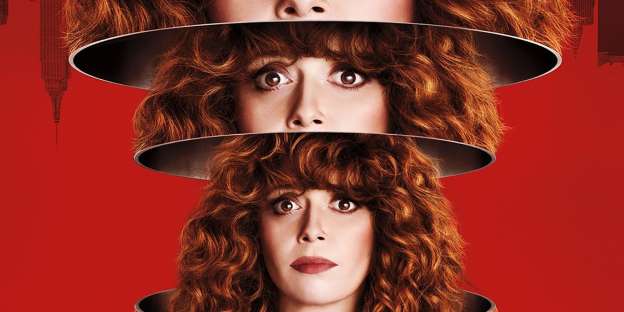 Netflix's Russian Doll: Why Do We Repeat The Same Mistakes?

When Nadia is hit by a car and killed on her 36th birthday, she finds herself continuously reliving the evening of her party, which ends, each time, in her sudden, untimely death. Each time Nadia dies, she finds herself back at her friend’s apartment staring into the bathroom mirror, bemused and furiously determined to uncover the mystery of what is happening to her. Netflix series Russian Doll, released in February 2019, plays with the psychological concept of ‘repetition compulsion’ to produce a dark comedy that offers an apt metaphor for the re-emergence of childhood trauma in adulthood.

Desperately searching to uncover the root of her dilemma, Nadia follows a myriad of clues to try and make sense of what is happening. She blames narcotics, she suspects supernatural forces, she even charges the universe with her fate. “It’s not me!” she proclaims, “it cannot be me!” Flippant and reckless, Nadia is so entangled in her cycle of impending doom she seems to lack any capacity for concern for herself or others. Yet she is a lovable, strong, determined and, beneath her bravado, acutely vulnerable character (in the second episode she fails numerous, hilarious attempts just to get down the stairs alive). As we are drawn into her self-absorbed world of casual sex, parties, drugs and alcohol, it becomes clear she is deeply troubled.

Although Nadia is baffled by her predicament, we are given a clue to her distress early on as we discover Nadia is now “finally older” than her mother. Despite the significance of this birthday, Nadia seems to ‘forget’ the link to her earlier trauma. Still, her self-awareness is surfacing. “I think I have amnesia,” she tells her male acquaintance in episode one. He refutes this, proffering evidence that she just remembered something. “Amnesia,” he corrects her, “makes you forget stuff.”

What is repressed trauma?

While we may be able to forget our suffering, the mind continues struggling in an unconscious attempt to master our original trauma. Perhaps Nadia’s muddled reference to her memory is an indication of her ‘childhood amnesia,’ alluding to her realisation that she has forgotten or ‘repressed’ the significance, and thus the meaning, of what happened in her early life. Freud taught us that what is forgotten and repressed by our mind reappears in our actions. Repeating replaces remembering. Like Nadia, we get stuck in a loop.

In a state of despair, Nadia binges on drugs, alcohol and cigarettes, seemingly attempting to obliterate her mind. Chemical crutches offer relief in the short-term but, in the long-term, this psychological means to blot pain leads one down a self-destructive path towards real death. Nadia herself begins to recognise, early on, the flaw in her pattern of defensive behaviour: “I was going to go home and fuck this guy,” she says, “but now I just feel so profoundly empty.” She realises her adaptive behaviours are simply causing more pain, to herself and others, yet without them she is faced with overwhelming emptiness. She is torn, yet she is in a crisis she can no longer ignore.

This state of emptiness is telling. It implies something is missing, her sense of self is depleted. At the beginning of the series Nadia tells her friends she has lost her cat Oatmeal. They advise that she should not let a cat outdoors in New York City, suggesting she consider making him an “indoor cat.” Nadia disputes this, declaring she doesn’t want to dictate the boundaries. “To me,” she says, “that’s prison.”

As Nadia begins looking for her lost cat, she forms a connection with a homeless man, called Horse, who claims to know her cat’s whereabouts. It is interesting that, when Nadia dies in the early scenes, she is looking for her lost cat. Perhaps both Horse and the cat represent the lost, traumatised child-parts of Nadia that need to find a home in her mind. It is as if, each time she comes close, her mind kills off the possibility of rehoming these lost parts of herself.

How can we recover from trauma?

The psyche is highly invested in keeping traumatised parts out of mind. Yet recovery requires their integration. Once we come to know our resistance, however, once it is named and the trauma is brought into mind, there is no miraculous recovery. Nadia finds her cat but, almost as if it was an illusion, it disappears from her grasp. Just as she thinks she has found what she is missing, it escapes her. Freud tells us this is no wonder. The psyche needs time to work through resistance.

Each time Nadia dies and returns to the bathroom sink, she finds herself staring into the mirror, confused. The first mirror, according to the psychoanalyst Donald Winnicott, is the mother’s face. If the baby doesn’t find himself reflected back, his healthy development and sense of self will be distorted. The bathroom mirror seems to symbolise the traumatic relation between Nadia and her mother which the series explores, layer by layer. Perhaps the impatient, tormenting banging on the bathroom door by two party guests, to which Nadia seems resigned each time she finds herself back where she started, represent her mother’s intrusive projections, knocking at the door of her mind, demanding to be let in.

Like her cat, Nadia doesn’t want to imprison herself within the confines of an attachment to another, and yet, without the boundaries of ‘self’ and ‘other,’ or self and ‘mother,’ she is imprisoned in her own time loop. Realising she is stuck, Nadia exhorts, “Nothing is ever gonna change!” As she will discover, only as her resistance is worked through, over and over, can real change occur.

The early episodes are very funny. There is almost a manic quality to them. But the series becomes darker and more disturbing as the traumatic aspects of Nadia’s experience are explored. This only becomes possible when Nadia forms a relationship with Alan, a man stuck in his own time loop. Through the relationship that develops between them, they begin to look outwards, beyond their narcissistic bubbles, as they realise they must help each other if they are to survive. While Nadia helps Alan fight his resistance and desire to stay in the comfortable familiar of his repeated experience, Alan holds a mirror up to Nadia’s self-destructive narcissism. Bearing witness to each other’s crisis, they help one another discover their own narrative so that, together, they can break free of their troubled past.

Russian dolls, otherwise known as Matryoshka dolls, with its Latin root ‘mater’ meaning ‘mother,’ are famous for their exquisite painted detail, and symbolise, in Russia, the child, the maternal and the wider family. Generations within generations. Like its namesake, the series paints an intricate mix of wit, intelligence, depth, melancholy and mystery, exploring the deep, catastrophic, rippling impact of intergenerational trauma. No doubt there are many more tiers of meaning and metaphor nestled at its core.

Living with the bear: the long-term impact of childhood difficulties