The Naming of Things: How Words Have Power
Find a therapist
Find a coach
Join as a practitioner
Log in/register 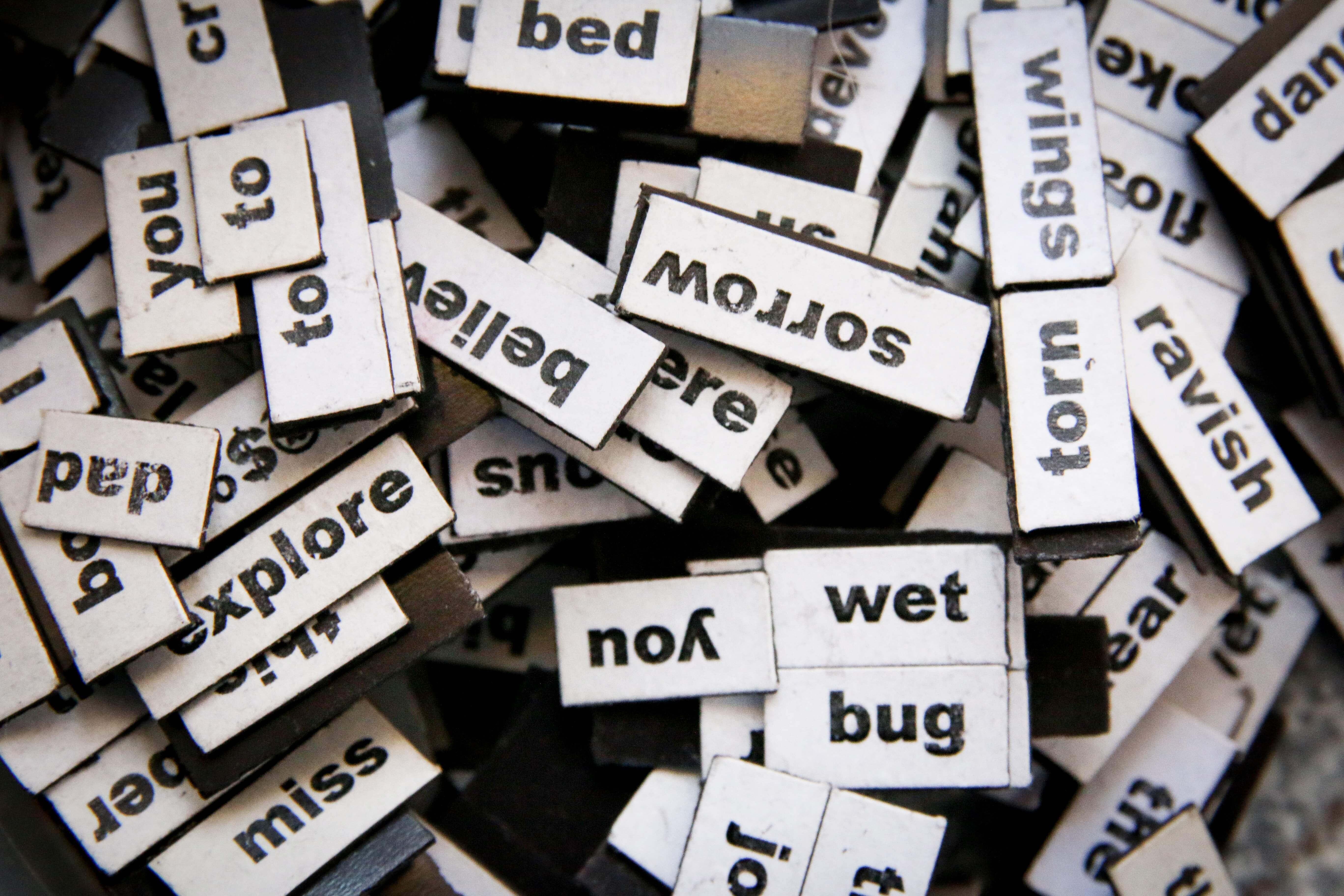 The Naming of Things: How Words Have Power

In the fairytale Rumpelstiltskin, the queen has to guess the name of the little man who comes to her in order to save the life of her newborn child, whom she has promised to him in return for helping her spin straw into gold. For days, she tries to discover his name and is almost at a loss until her messenger overhears the man singing his name to himself one evening.

Once the queen knows his name, she plays with him a little, delighting in the reverse of power, until she reveals that he is Rumpelstiltskin. The furious man tears himself in two, destroyed by her naming of him.

These simple tales hold timeless wisdom for us. Fairytale scholar Jack Zipes remarks that this one shows us how we must “seek the power to name the forces acting upon us if we want to be free and autonomous”. So we understand naming as power.

I was reminded of this old story by a recent client conversation. My client is a talented artist who currently has a demanding role in finance. She has been devoting more and more time through the pandemic to develop a rich creative practice and feels enlivened and excited. However, she doesn’t talk about this to anyone other than her partner. She can’t share it with friends, and especially not with her parents, more particularly her father.

She fears that if she says out loud that art is the thing she’s most passionate about, that she will lose her bond with her businessman father. For in so doing, she will be naming herself as someone who is separate from his ideals and beliefs and wishes, and she cannot yet believe that she can have her own beliefs and path AND stay connected.

There is a truth in this of course. Naming her passion brings her closer to what psychoanalyst Winnicott calls her “true self”, and further away from the “false self” that we all create as children, in order to be appealing to our parents. In so doing, she is forging her identity as a separate entity – as an adult with her own life, beliefs and values and she has no guarantee about the adult relationship that she may form with her father. There is a risk.

This is what it means to name something. We indicate our relationship to that which is named. Our parents give us our first name when we are born, as a way of conferring identity. I chose a name for my daughter that reflects her dual British/Georgian heritage and which also means “blissful”. As you can see, I had my own wishes for her, as do most parents. As she grows, she’s adapted her name and her friends have nicknames for her that have no relation to the name she was given. She’s playing with her name, trying out versions to find what suits her best. Trying out different identities. Her friends show affection and create an intimacy with their personally chosen names for her, as we all do. So here we understand naming as intimacy.

I spend my days talking to people about their lived experience. Often in therapy and in coaching, we start by telling the most familiar story, which reveals a mere sliver of the actual experience. This part is told fluidly for it’s a story that has been repeated many times. As the conversation unfolds, I invite my clients to recognise, acknowledge and give voice to the lesser known parts of the experience. In order to do this, we have to move beyond the words and into the mind-body and begin to recognise what else is here. This can take a while.

Remembering my client above, there are usually good reasons why these parts have not been given voice so far. To preserve relationships. To remain under the guardianship of parents. To maintain a self image. To not rock the boat. And also, to not feel the tremendous pain and suffering that these parts may hold; or conversely, not feel the wildness, playfulness, brilliance that may reside here too. Essentially to withhold any expression that doesn’t fit the known script that we each live by. If we stay silent about it, we deny it a realised form in the world – we deny that it is “real” and keep ourselves within what we believe to be safe territory, albeit uncomfortable.

Botanist Robin Wall Kimmerer, in her book on the diversity of the world’s mosses, writes that “finding the words is another step in learning to see” (Gathering Moss: A Natural and Cultural History of Mosses). She considers naming as a way of seeing the true essence of each plant which demands an intimate attentiveness. She writes of how she became a way for the moss to fully reveal its qualities so it could be known and understood by the world, thanks to her sitting with, and expression of, what she had learned. I love this idea that the act of “being with” and listening intently is enough for the world to be revealed to us, animate or inanimate. And I identify with the power of saying simply “I see you”….”I see your suffering”… “I see your struggle”….”I see your joy” and the resonance that this act of witnessing can have on the one who is seen. When this is experienced often enough and trusted, it can begin to lay down a bridge across the fear swamp so that the lesser known part begins to have a voice of its own. So here we understand naming as seeing.

Names are just words but these words are the way that we build our relationship with the world. And with ourselves. What is named is what is believed to be “real”. This can be misused as we have clearly seen in our 21st century world of fake news. All it takes is for something to be named and sent off on its virtual journey, and the world takes action, based purely on a concept which masks a deeper truth. Aldous Huxley wrote about this in 1955: “We are like icebergs, floating in a sea of immediate experience but projecting into the air of language…..which means we never have a direct experience…..but live entirely in terms of concepts.” What he’s pointing to here is how rich and complex our environment is, but how little we actually connect with it.

What we must understand about ourselves is that this act of naming is our human way of trying to make sense of the chaotic world we live in. Not just the man-made chaos which abounds, but the logic-defying natural and spiritual and emotional world that we inhabit. We are sense-makers who like order so that we might feel safe. Our words can bring a false sense of security as we define reality in the image we would like to see but in so doing, we often warp and obscure the real meanings of what is taking place, and separate ourselves from the deeper and wider and multiple realities of this wonderful world. Our education system encourages and rewards this verbal capacity to represent the world, and in so doing develops us as limited beings that need to know, and thinks that we do.

When we experience something beyond this scope of our “reality”, then we deny, ignore, block it or blame others for it, because we are not trained to do otherwise. Aldous Huxley describes this part as the “personal self”: “The personal conscious self being a kind of small island in the midst of an enormous area of consciousness – what has to be relaxed is the personal self, the self that tries too hard, that thinks it knows what is what, that uses language. This has to be relaxed in order that the multiple powers at work within the deeper and wider self may come through and function as they should.” So here we understand naming as control.

So we must ask who here is doing the naming? And to what end? If it is the narrow egoic part of ourselves that simply wants to create the world in our own image, be that by remaining in the echo chamber of our own beliefs, or by disconnecting from the numinous in the world, then surely we must be suspicious? When our expression is colonised and dissociated from real meaning by the culture in which we live, then we must name that and find ways to ground ourselves in something beyond this culture.

We can do this by using words to genuinely communicate, rather than fire subjective opinions at each other; by taking time to explore the meaning of the names we use so that we can truly see, understand and feel close to a larger part of the universal experience that is on offer to us all. Russian playwright, Anton Chekhov famously said: “Don’t tell me the moon is shining; show me the glint of light on broken glass” meaning, show me what’s happening, don’t tell me. I try to remember this when I’m writing and it feels appropriate here as a reminder that the moon and light are more than the words we have assigned to them – they are feeling, they are sensation, they are beyond naming. As are we.

Sandra Hilton is a verified welldoing.org counsellor in London and online

Beyond words: working non-verbally in psychotherapy

The emotional power of stories in therapy

Exploring the healing power of your own voice

How to be vulnerable and find your real self

What does being authentic really mean?