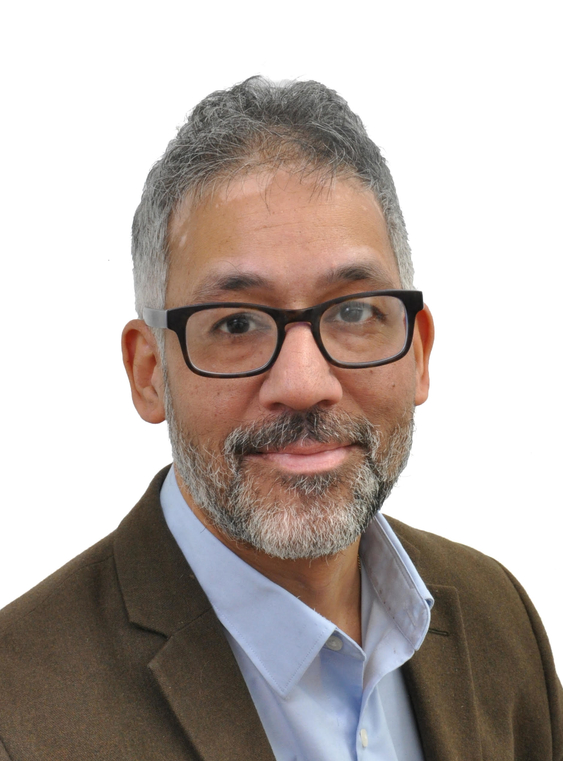 Ajay Khandelwal is a welldoing.org therapist working in London

I read PPE at Oxford, so I should have really become a banker or politician! However, since leaving University I’ve ended up working in the helping professions. My first full-time job was working for the Richmond Fellowship in a therapeutic community in Tooting, South London, with adults who had been diagnosed with schizophrenia. The residents of the house had been discharged from long-stay psychiatric wards. This was my first close up encounter with psychosis.

Later, I worked at the St Giles Trust in Camberwell with mainly homeless adults. After that I ran an inner city drug and alcohol programme for adults in the criminal justice system. Looking back, I must have been drawn to try and help people who were in very serious difficulties! I did a PhD based on life story research. I was very interested in family myths and stories and how they influence us across the generations. I still value my sociological training as it allows me to think about the context of each individual. But I found academic life was not for me, I was drawn to something more “alive”.

In my thirties I had my own long-term analysis which helped me tremendously. My own experience of the power of therapy is probably the biggest factor in why I became a therapist. I am not by nature a particularly reflective person, so the experience of analysis has been quite an eye opener for me! It’s always much easier to see things in other people; but pretty horrific to have to wrestle with things in your own psyche and life! I’m still surprised that as an extroverted person I’ve ended up working so much with inner worlds. Over time I became more and more interested in the unconscious and why people do things: both in myself and in others. I became fascinated with the depth of insight that can be arrived at through analysis. It was not a rational decision to become a therapist. It would fail a cost benefit analysis test!

At the Guild of Psychotherapists in SE1. It's a fantastic pluralist training organisation that doesn’t see any one theory as holding the truth. If you are thinking of training, go to their open day. The training committee come from Jungian, Kleinian, Freudian, Phenomenological, Lacanian and Relational schools of thought. As you can imagine this results in some lively arguments because it’s impossible to really integrate these various ways of thinking. But it certainly encouraged me to find my own way.

I started off with Jungian leanings, but towards the end I was immersed in Lacanian ideas about how strange and radically different we are from each other. I also found myself interested in Kleinian ideas about aggression and hatred, which many analysands find harder to talk about. The training consists of weekly seminars around dense theoretical texts; but most of learning is clinically based.

The Guild has an excellent low fee-clinic where trainees work; you are required to see two analysands for two years and 18 months on a weekly basis with weekly supervision. You have to be in your own analysis twice weekly throughout the process. The Guild has its own building next to Southwark Tube, which helps foster a collegiate atmosphere between members. I recently had the pleasure of visiting one of the founders of the Guild, Dr Camilla Bosanquet, a medical doctor who had her own difficulties and vowed to set up a more humane way of attending to psychological distress. I was really moved to hear from her about the experience of pioneering new forms of treatment which we now take for granted.

What sort of people do you usually see?

In terms of professions I have recently seen a surgeon, a businessman, an accountant, a designer, a social activist, a musician, a park-keeper, a cycle courier, a surveyor, a writer, an actor and a retired person.  Although I have worked in the field of addictions for years, most of the people who have come to me in the last year are presenting with issues around anxiety or psychosis.  Perhaps with the relentless focus on health and wellbeing people need to come to speak to their therapist about ill-health and bad-being which they can’t take elsewhere!

I would say, on the whole, I am approached by individuals who are in some serious difficulty, and brave enough to use analysis. Therapy takes time, money and commitment.  I work with some very accomplished people.  Often, their attempts at self-cure, mindfulness, and so on, haven’t quite delivered, so they are seeking something deeper. I generally seem to attract individuals who are interested in longer-term approaches, and who don’t like to be told what to do! The psychotherapy field is often stereotyped as a white middle class and female field; this is probably true, but I have been surprised by the sexual, ethnic, and cultural diversity of people who approach me.

I like the autonomy and freedom to think for myself. My analysands (clients) always keep me on my toes, having to think afresh, give up my assumptions, and so on. My clients bring me material that challenges my psyche as much as theirs.  I think of the therapeutic encounter in Jungian terms, as an alchemical vessel, that changes both parties. I also love the variety. The atmosphere with each person I see is totally different.  I feel very privileged to do this work and still find it very exciting and enriching.  Who will come to my consulting room?  What will they bring?  Where will this work go?  One session, or ten years? I like the unpredictable nature of it.  Will the presenting issue be the real issue?  Or is it something else altogether?  There is an intensity to analytical work that I relish.

I am not a natural born administrator, so I really have to force myself to stay on top of the paperwork aspects, such as the billing.  In my dreams I would have somebody that would manage all of that for me!

How long you’ve been with welldoing.org and what you think of us?

More than a year. I have had a very positive experience and found your website the best source of referrals after trying a few.  I also enjoyed the vibe at your four year anniversary party.  I was 10 minutes late for my own therapy, but it was worth it!

I have only done that once.  I recommended a book about adolescent male psychology, the Puer Aeternus, by Louise Von Franz for a man who was struggling with establishing himself in the world of relationships and work. I am still in two minds about whether this was the right thing to do.  Did I rob him of the pleasure of finding this book, or another for himself?  I haven’t ever thought about suggesting an app; I would encourage the analysand to seek out whatever they found helpful. This requires a certain patience and trust in the analysand's ability to find their own desire, their own truth.  My worry is I could end up just encouraging the analysand to fit in.  But I don’t think really telling people to do things really works in analysis.  Over many years I find people end up doing the opposite of what they consciously intend!  So I have learned to proceed with great caution.  I don’t really give advice, but I do seek to work with analysands to find their own way.

What you do for your own mental health?

I have my own therapy and clinical supervision of work which is key to sustaining the process for me.  I also love running and have completed seven marathons in the last decade.  I was delighted to get a personal best of 3.30 in London this year. I am currently learning to ski, I love the speed and thrill. I think it is very important for therapists to have interests outside work.  Life-long friendships, marriages, families, clubs: all of these encounters help ground the analyst in ordinary life and provide a healthy antidote to the intensity of therapeutic work.  Another conference or analytic book doesn’t strike home in the same way.

I think it's very important for the analyst to enjoy their own life in order to be of real use to others.  Recently, when I was feeling very pleased with myself, someone in my personal life told me, “You’re not a very good listener are you”! This was painful, humbling, and funny at the same time; but it's exactly what I need as an analyst to bring me down to earth!

My consulting rooms are in quiet leafy square in London based at the Guild of Psychotherapists.  I have a window, a fireplace, and some comfortable chairs. I am very fond of the Guild’s building with its big black door.

It takes time, money, commitment. It is bloody hard. But there is nothing quite like it. It is not for everyone. It is not compulsory!

What have you learnt about yourself in therapy?

The most profound aspect of my therapy has been really encountering aspects of myself that I tend to project out onto others.  I have found this a rather bruising and deflating business.  I much prefer blaming others, and hating them too!  I used to want to change to the world, and I still do, but I now wrestle with myself much more.  It’s actually much harder than a marathon, because it never ends, it’s a never ending ultra-marathon!