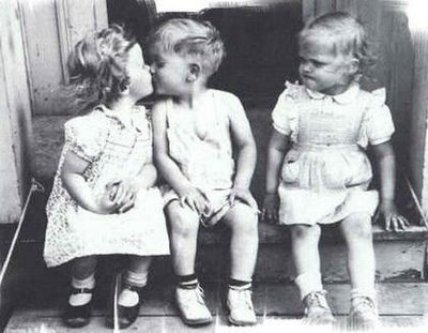 When we first heard Snow White's story I'm quite sure that 99% of us immediately empathised with the gentle girl more than the envious witch. The remaining 1% maybe felt closer to one of the seven dwarves, such as Sleepy, but again, not the witch! So let’s try to understand this witch a bit better, why envy is considered a taboo, how it can hurt us and whether envy is only a negative feeling

Step 1: Envy and its friend, comparison

Envy is often born from comparing ourselves to others. The grass is always greener on the other side and any excuse to peek over into next doors’ is good enough.

But we can’t simply blame the rest of the world because comparing is a dynamic that comes from the inside: a feeling of envy can only grow on fertile ground made up of frustrated desires, dissatisfactions, insecurities, procrastination and a lack of outlook.

If we feel envious, in the majority of cases, it's because we care about something.

Step 2: Envy as a social taboo

We’ve all been brought up taught that envy is a feeling to be ashamed of, so the more envious we feel, the more we tend to bottle it up. Often this only results in making envy grow stronger.

Even in the deepest shame we must know that envy is a very common feeling, suffered by all mankind, poor and rich, female and male, young and not so young. This has been worsened by social media, which encourages people to make comparisons – of things which often aren’t an accurate representation of reality in the first place.

Before spending our time constantly distracted by laptops, phones and other devices, providing an always open window into the external world, the situations that could encourage us to make comparisons were limited to people we knew or famous people in the news. Daily use of social media means that these occasions have become more frequent, to include people we know only virtually and superficially.

So, instead of using social media to connect with people and socialise, we primarily use it to hurt ourselves by comparing ourselves to others, and wanting to be like them.

Instead of doing this:

We waste time doing this 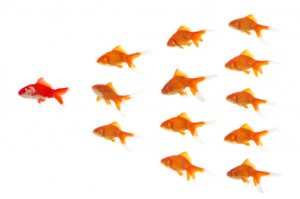 Whether from a real or virtual comparison, the wrong belief that creates envy is based on the fact that we are making a scientific comparison, rather than a purely emotional one. Our failure is determined by comparing our inner self to someone else's exterior. Do we really know what they overcame to reach that point? Are we really sure that their situation fully matches our values and desires?

Step 3: A superficial wound, and a deeper one

While our rage explodes - fed by feelings of unfairness that come from seeing someone else with what we would love to have, and being afraid of not being worthy of it ourselves - we hurt ourselves twice over. The superficial wound creates anger, followed immediately by a sense of failure, but the most harmful damage is made to our self-confidence. Opening the door to envy is like saying to ourselves that we are not capable of reaching what we see in others; it is an assumption of ineptitude.

Step 4: Being friendly with envy

We need to do something because all this is the perfect recipe for unhappiness. How can we turn the situation in our favour? By being friendly with envy! Let's friend her on Facebook, follow her on Twitter, create the nicest board for her on Pinterest.

When we start seeing the other side of envy we'll recognise our fears and our wounds, and we can be more self-compassionate and less angry with the world. Feeling envious is common for anyone who is "growth-oriented", open to change; we just need to switch into action mode.

a. Let’s point the light on us: which desires are we neglecting? What fears fill our minds? The insecurities we have turned into beliefs? Let's prepare a good list of them.

b. Let's turn envy into admiration and into a driving force. If others can do it, we could too! We need to study their stories, let their successes be an inspiration to us. Add to your list of dissatisfactions ideas about how to actively turn them around.

c. Let's praise our achievements, even the smallest one. Self-confidence and personal satisfaction is like Rome…it wasn't built in a day…it’s built brick by brick.