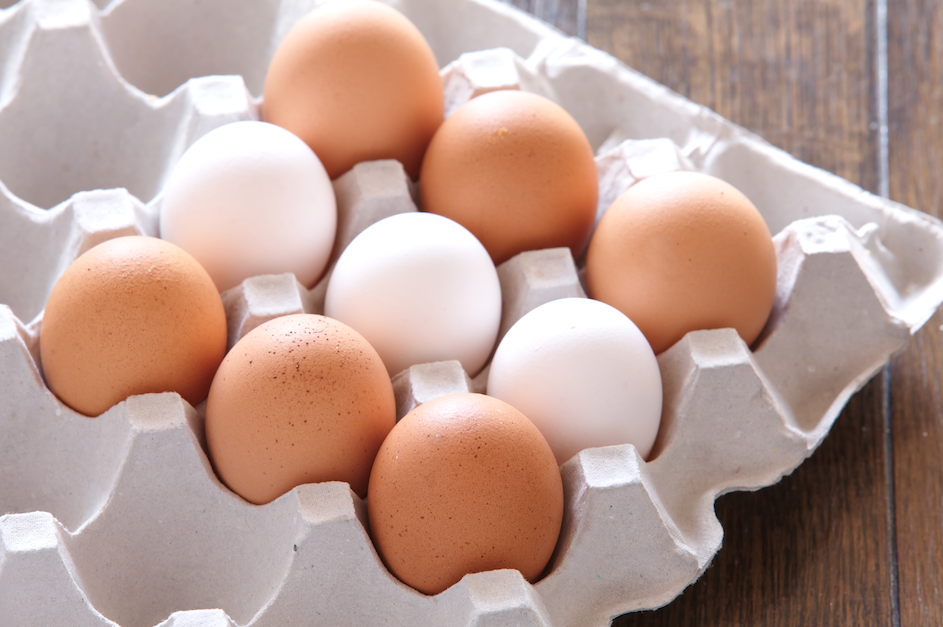 With so much attention being focused on eating more protein in health books, blogs and the media, with increasing attention being paid to animal products, it’s no surprise that most people are confused about this essential nutrient. In addition, there’s little focus on what the brain needs protein for and how best to supply it. This extract from ‘Feed Your Brain - 7 Steps to a Lighter, Brighter You!’ explains how eating a variety of proteins is best for optimal brain health and follows with two delicious recipes that are high in plant forms of this essential nutrient.

When you choose a wide variety of proteins from different sources, your brain is capable of making all the necessary neurotransmitters for optimal cognitive function. Animal products contain protein as do legumes, nuts and seeds. Combining lentils and rice, for example, produces an improved quality of protein in the form of a full complement of amino acids, because lentils are high in the amino acids that rice is low in.

Animal forms of protein are fine in small quantities, but they lack fibre and can be quite constipating if consumed in excess. Adding more plant protein to your diet adds fibre as well as some nutrients that animal products are low in, such as phytonutrients.

Plant forms of protein are also more colourful. There is a lot of research to indicate that vegetarians can be just as healthy as their meat-eating peers, if enough care is taken to include a variety of proteins, grains, nuts and seeds in their diet. If you are pursuing a vegan or vegetarian diet, you must watch for any iron and vitamin B12 deficiency as they are common in these cases. Plant forms of iron are not as easily assimilated as animal forms of iron, and vitamin B12 is not found in plants.

Vegetarians can make sure they get enough protein by including seed foods in their diet. These are foods that would grow if they were planted, including nuts, seeds, legumes, quinoa and maize (corn). Broccoli and cauliflower are also ‘seed’ foods, so they should form part of your regular diet as well.

When selecting protein foods, organic products are best because they are ‘cleaner’ than conventional protein products, containing fewer toxins and pesticides as well as no antibiotics or hormones if it is an animal form of protein. These compounds place a toxic load on your brain. Conventionally grown meat contains about fourteen times more pesticides than plant foods, and dairy products have five-and-a-half times more. Animal-origin foods have greatly concentrated amounts of chemicals in them, simply because they are at the top of the food chain. When you choose to prepare and serve more plant-based foods, you are naturally less exposed to chemical contamination. Your ability to feel light and bright is increased substantially when your toxic load is reduced.

Animal products require careful preservation to stay fresh and to prevent serious con­tamination and illness. However, some of the preservatives used to keep meat fresh are questionable in terms of their long-term health effects. Here are a few pointers to keep in mind when purchasing animal flesh.

Ground or mince meat can be a mixture of various different types of meat from dif­ferent carcasses. It may also be a combination of flesh from the inside and outside of the animal, posing serious contamination risks. It is best to buy your own meat and ‘process’ it yourself.

Processed meats, such as bacon, salami, sausages and cold cuts are conveniently pre­pared, sliced and preserved. They are not fresh and contain a number of troublesome additives like preservatives, dyes, excess salt and even sugar. A special type of preserva­tive called sodium nitrite has been used in preserved meats for many years. When foods that contain nitrites are heated, these compounds change into nitrosamines, which have been linked to various forms of cancer including brain tumours, as well as insulin resist­ance. Nitrites also convert into nitrosamines in the digestive tract in the absence of anti-oxidants. Nitrates found naturally in fresh produce, such as vegetables, convert into small quantities of nitrites in the body. Researchers believe that the added vitamins and miner­als that come in fresh produce stop them from being dangerous to our health. Sodium nitrate (known as Chile saltpeter or Peru saltpeter) is also used in fertilizers as well as a preservative and colour enhancer in processed meats.

Processed meats contain on average four times as much salt as unprocessed meat and up to 50 per cent more nitrites. Even processed meat that is labelled ‘natural’ may con­tain hidden nitrites. Furthermore, research has shown that mothers who ate cured meats containing nitrosamines (especially hot dogs and sausages) during pregnancy increased the risk of their children getting brain tumours. Interestingly, this was known nearly 50 years ago when researchers showed that more than 100 nitrosamines are carcinogenic and no animal species, including the monkey, proved to be resistant to nitrosamine car­cinogenesis.

Grain-fed beef is the kind of meat that the majority of people eat today, simply because grains are much cheaper to feed to animals and very few animals have access to their natural food in feedlots. Grains provide the animal with food that enables quick growth and fat accumulation, and then provides the consumer with the fats present in the grains, mostly omega-6s. Choose grass-fed meat instead.

Chicken isn’t what it used to be either. A study in 2004 found that chicken contained twice as much fat as it did in 1940, which means that it doesn’t contain as much protein as most people assume it does. Chicken nuggets are obviously even worse with the chick­en off-cuts being used as well as fillers and damaging fats. So eating free-range, organic chicken is the best choice.

Eggs are a good source of protein, but you should make an effort to purchase organic and free-range eggs. These will be free of hormones and antibiotics, both of which your brain can do without.

Goat’s cheese is a good source of protein, calcium and is more easily digested than dairy or cow’s cheese. It also has the advantage of not containing any colours, if it is a pure cheese. Organic goat’s cheese is the better choice.

General poor health along with a lack of energy, digestive and sleep challenges, problems with skin, nails and hair, emotional and nervous distress as well as metabolic disorders are signs of either a lack of protein or a disturbance in its digestion and/or absorption. Distinct memory challenges are also a sign of protein deficiency, so it may be necessary to have your amino-acid profile checked by a qualified nutritional practitioner.

Research has linked early malnutrition, which includes a lack of protein, to both behavioural difficulties and lowered cognitive ability. Remember that digestive difficul­ties can impair the digestion of protein. This means that even though you may be eating enough protein, you are not digesting or absorbing it and therefore not making enough of the amino acids required for cell function. This lack of amino acids will lead to low­ered neurotransmitter levels and neuronal communication will be hampered. Digestive enzymes can help with protein breakdown, although a more thorough digestive health approach may be required.

This is a great salad rich in plant protein. It makes a tasty addition when served with other salads but you can serve it on its own on a bed of baby spinach leaves, rocket (arugula) or kale leaves. It also makes an excellent packed lunch the next day. You can simply eat it with a light squeeze of fresh lemon or lime juice and a dollop of olive oil as a dressing, or you can blend together the one suggested below. Either way, you’ll enjoy this nutrient-dense meal-in-a-bowl.

Simply toss all the ingredients together and serve.

Quinoa is a wonderfully adaptable seed that acts like a grain, absorbing flavours very well. It is also a superb plant source of protein. This salad is a whole, satisfying meal in itself. Facing the gorgeous variety of olives, sun-dried tomatoes and artichokes at my local deli, I imagined combining a variety of those delicacies with my favourite nutrient-dense, high protein, pantry staple — quinoa. I hope you enjoy the flavour and colour of this salad. It tastes even better the next day, making it an ideal ‘take-to-work’ lunch.

Place all the salad ingredients into a large bowl and gently toss until combined.

To make the dressing, place all the ingredients in a blender and blend until well combined.

This salad is best served at room temperature.

• Instead of the sun-dried tomatoes use 1 cup baby tomatoes, sliced in half.

You need ¾ cup dried quinoa to make 2 cups of the cooked seed. Cook according to the packet instructions. You can cool the quinoa after cooking or use it warm. For this recipe, I add 1 heaped teaspoon dried Italian herbs and ½ teaspoon salt to the cooking water for extra flavour.