Boarding School: Where Neglect is Institutionalised
Find a therapist
Find a coach
Join as a practitioner
Log in/register 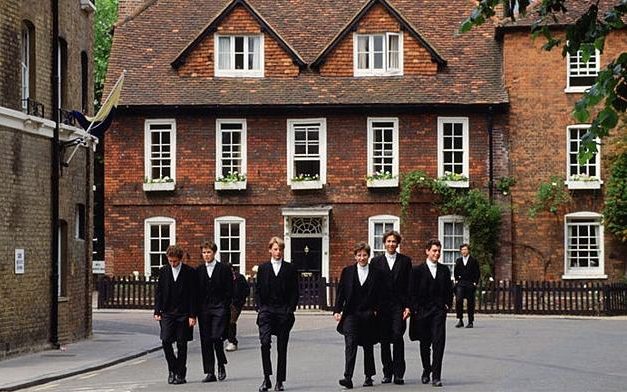 Boarding School: Where Neglect is Institutionalised

To Britain’s great shame normalised neglect is institutionalised. While the Goddard Inquiry rumbles on, it would be a mistake to get complacent about child abuse in Britain: we’re sitting on a couple of centuries of skewed attitudes to children and to vulnerability in general that came to a head in the days of Empire before exploding into the folly of the Great War. Though they are rarely conscious, they still affect our national psyche, requiring hard work to root them out. Meanwhile, many have discovered other and better values: parenting costs effort, but caring for the next generation brings its own rewards. But our education system is over-weighted towards the private sector and anachronistically fosters the delegation of parenting to elite boarding schools.

Concern about boarding has just hit America. The pioneering newspaper The Boston Globe, of Spotlight fame, is investigating abuse in respectable boarding schools. I’m not saying this is good news, yet those of us whistleblowing this side of the pond welcome the company. American boarding schools may be only an affluent East-Coast fashion; in the past they were used to break the cultural solidarity of Native American children in the Mid-West and Canada. Here they’re a seamless part of the education system – the first choice of both established and aspirant classes – if they can afford it. Only the Anglosphere really does for boarding; our European neighbours think it a remnant of imperial nostalgia, how we bred our gentlemen “with well-developed bodies, fairly developed minds, and underdeveloped hearts,” as EM Forster said.

There is, however, a very sinister side to boarding. Underpinning abuse in boarding schools lurks the unnamed problem of chronic normalised neglect and this has a ‘trickle-down’ factor on the whole society. Whenever children are confined in institutions – whether care homes or elite academies – and deprived of parental presence, love and hugs, bullying and sexual abuse are endemic and inevitable.

Not one theory of child development supports educating young children in residential institutions. But so hidden by habit and privilege is this problem that its obvious defects are dangerously overlooked. I have been researching these issues and pioneering reparative therapy for ex-boarders since 1989. The evidence about damage from breaking children’s attachments is now overwhelmingly clear, yet even the psychotherapy profession has been slow to acknowledge the boarding problem. This month, however, Routledge publishes its second book on the topic: Trauma, Abandonment and Privilege: A guide to therapeutic work with boarding school survivors. And they are right to, because ex-boarders are now discovering therapy in record numbers and therapists have not known how to deal with this fast-growing and difficult client group, brought up with trauma masked by social privilege.

What we are attempting to do in this new book is map the therapeutic territory and present the neuroscience evidence. This demonstrates how boarders fending for themselves away from home produce an anxious, defensively organised personality, masked by a brittle veneer of confidence, called the ‘Strategic Survival Personality’ – arguably OK for the Raj, but not for modern life. These defences, especially anxiety, are usually so well concealed that ex-boarders themselves are unaware of them, while family members struggle to cope.

In compensation for the loss of childhood, ex-boarders may adopt a sense of entitlement that we Brits take for granted. Our political leaders are once more prominently ex-boarders: this directly affects their ability to love, empathise, make good judgments or the relationships needed to be community members – necessary leadership qualities for today’s world. I call them ‘Wounded Leaders.’

Last year, a colleague and I won an Edinburgh University debate to ban boarding for under 16s: the psychological arguments spoke for themselves, but the audience was already heartily sick of the style of politics coming from Westminster.

UK boarding is worth billions and unsubsidised by government. The denial of its psychological impact is socially embedded: with top schools like Eton costing upwards of £34,000 per annum it is no surprise the boarding lobby fears the evidence. Robin Fletcher, Boarding Schools Association CEO, told The Scotsman that our book “refers to a very different time when certain people went to boarding schools who weren’t suited to it.” Had he read it, Fletcher might have noticed many references to current boarding and quotes from impotent counsellors employed in schools.

Boarding schools have changed: they now have curtains, carpets and smart-phones: but they still don’t have parents. The attitude that some children are just not cut out for boarding – in other words not tough enough – disgracefully continues the myth that it’s weak to be vulnerable, when in fact it’s central to being human. If you don’t get that, you might thrive in other institutions, but – like many ex-boarders – you may find family life quite beyond you. Worse – our children may go on having their innocence sacrificed for social privilege.