The Basics of Mindfulness: Why Does it Work?
Find a therapist
Find a coach
Join as a practitioner
Log in/register 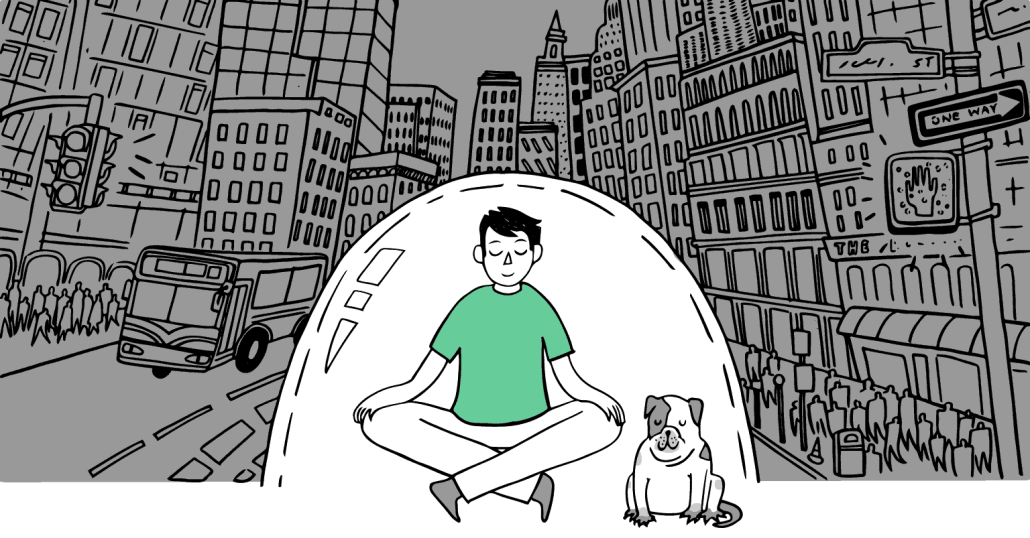 The Basics of Mindfulness: Why Does it Work?

Mindfulness is not a breathing exercise, nor an attention exercise, but rather it is an awareness exercise.

And it works precisely in this way – by increasing the strength and sensitivity of our awareness. In this article, I’ll explain what that means. I’ll begin with a story. In a now famous social experiment (video below), Joshua Bell, one of the world’s greatest violinists, played classical music for 45 minutes during peak time commute at a busy tube station. There were no signs or other mentions of who the violin player was – he simply played several pieces by Bach on an extremely expensive violin of superb quality (estimated cost: $15 million). Out of the thousands of people who walked straight past Bell on their way to work, only six stopped to listen for more than a few seconds.

The majority of people seemed to ignore the artist whose shows often sell-out at $100 (or more) per ticket. This led one of the study’s authors to conclude: “If we can’t take the time out of our lives to stay a moment and listen to one of the best musicians on Earth play some of the best music ever written; if the surge of modern life so overpowers us that we are deaf and blind to something like that -- then what else are we missing?”  That final question, “what else are we missing”, is relevant to mindfulness practice and the discussion of awareness. Psychological research now tells us that we, humans, live from 95-99% of our lives on “auto-pilot,” or rather, not being fully aware of what’s happening to us, in us, and around us from moment to moment.

In other words, our awareness picks up on only a tiny fraction of what is really “there” to be picked up.

The “busyness” promoted by our cultures doesn’t help either. Like driving a car at 160 kph, the speed and momentum with which we live blurs both the outside world beyond our bodies and the inner world within our bodies, and their inherent richness and intricacy become nearly imperceptible. In other words, our awareness picks up on only a tiny fraction of what is really “there” to be picked up.

When we practice mindfulness, the speed at which our attention moves begins to slow enough to perceive new things that we were incapable of perceiving before, and more clearly perceive the things that we perceived poorly before. Some of these could be: the sensations of our bodies as we’re sitting, the smells in the air as we walk down the street, the emotions that emerge when we see someone we know, etc. (each of our emotions has a specific way of appearing in the body, after all).

In this way, our mental “radar” of the outer and inner world becomes increasingly refined. Even the experience of breathing is bestowed with greater depth and nuance the longer we spend with it. In sum, all of these “background” experiences that we previously took for granted and could barely pick up on, gradually begin shifting into the foreground. Life literally becomes fuller than it once was and it all happens as a result of training our awareness.

While greater awareness allows us to pick up on things that may feel surprisingly pleasant others may feel quite mundane, or downright unpleasant.

Strengthening our awareness is not all “rainbows and sunshine”, however. While greater awareness allows us to pick up on things that may feel surprisingly pleasant, like the sounds of Joshua Bell’s violin, others may feel quite mundane, or downright unpleasant, scary or worrisome. Awareness does not discriminate. Becoming more keenly aware of one’s discomfort with a decision made, for instance, or of one’s sadness or guilt after a difficult event, may certainly be less enjoyable than if one was not aware at all.

The age-old argument of whether happiness is found in truth or in ignorance becomes relevant again. In my view, here is where the challenge and beauty of mindfulness practice begin to converge. In addition to developing awareness, mindfulness practice develops another essential skill that we would rarely develop otherwise: compassion.

Greater compassion is what allows us to be fully aware and present for the unpleasant experiences, especially those that cause us suffering. As compassion develops over time, our relationship to our own suffering and the suffering of others begins to change. By increasing both awareness and compassion, we learn to be with pleasant, unpleasant, and neutral experiences more comfortably and gracefully than we once were. This may be considered one of the greatest fruits of mindfulness practice.

In Buddhist literature, wisdom (i.e. awareness) and compassion are often referred to as two wings of a bird. Without either one of these, the bird cannot fly. With both, the bird soars. In the next article in this series, I will provide detailed instruction on how to begin your own mindfulness practice. Thanks for tuning in.

The basics of mindfulness practice

The basics of mindfulness: where did it come from?

Mindfulness on the move