Are You Laughing at Me?
Find a therapist
Find a coach
Join as a practitioner
Log in/register 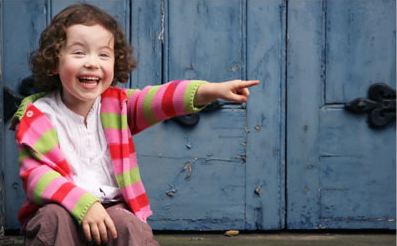 Are You Laughing at Me?

Towards the end of a session recently I said to Frank, a warm, kind client who is clearly the go-to man at his office for self-effacing jokes: “What you’re saying reminds me of a scene in that Caroline Aherne programme”. Together, in some harmony and pleasure, we recognised my association as The Royle Family and we trotted out the key characters’ names.

We have many shared cultural references so I had begun quite confidently, but as I continued to relate the relevant ‘Beverley-Macca-flies-on-shit’ anecdote I stumbled. There are friends of mine who would have instantly filled the gaps, would have laughed without them even being spoken but Frank, although he was disposed to laugh with me, needed more and I could not deliver. Instead of offering insight through the gift of laughter and shining a light with lightness on his dilemma I felt as if I had compounded his feeling of confusion and lack of connectedness. The joke fell flat and it haunted me all day. I searched YouTube for the relevant episode I seriously considered emailing it to Frank when I found it. Instead, I am pleased to say, I regained my sense of boundaries and recognised (rather belatedly) that at heart I’d suffered a narcissistic blow rather than done any lasting harm to a client.


I recognise that his jokes are powerful communications - a request to be understood on his own terms.

However, jokes in the consulting room can be seriously interesting. Another client, Hamish, regularly makes me laugh. Reflecting the world in which he works he is crude and brash, his humour, often turned against himself, is scornful but there is tenderness and vulnerability lurking behind this mask. His broad humour (and sometimes the breadth is very considerable) is Hamish’s way of defending against the possibility of acknowledging and experiencing his own suffering. It is, as Freud put it, ‘a triumph of the ego… against the disfavour of real circumstances’.

Whilst it is important to consider with Hamish what the meaning of his frequent banter is and the nature of the pain it seeks to hide, it does not stop me chortling along with him. I recognise that his jokes, his colourful tales against himself, are not only designed to obscure his distress but they are also powerful communications - a request to be understood on his own terms. Perhaps by succeeding in making me laugh he feels he can do even better than gaining some equality between us, that he can achieve a sense of superiority and power, reversing a feeling that in the therapy I am the adult and he the child.

Jokes can often seem designed to emphasise difference rather than seeking common ground. I frequently experience that to be the case when other therapists, often psychoanalysts, tell me Jewish jokes. I admire the craft, the razor sharpness but as I am not Jewish myself the cruelty of the self-deprecation can feel plain wrong to laugh at. Though I am witness to the evident delight of the teller, I wonder if I am really being given permission to join in, or is it that rather I am being reminded that there is a club of which I am not member and never can be?

Freud famously told jokes, he even wrote a book about them, Jokes and their Relation to the Unconscious (1905) which is not, I might add, a rib tickler. He considered the way we tell and respond to jokes to be almost as useful a tool to understanding unconscious thoughts and feelings as dreams. Perhaps this is why, despite the myriad temptations set before a humourously-minded therapist, they are best left to the person seeking help.