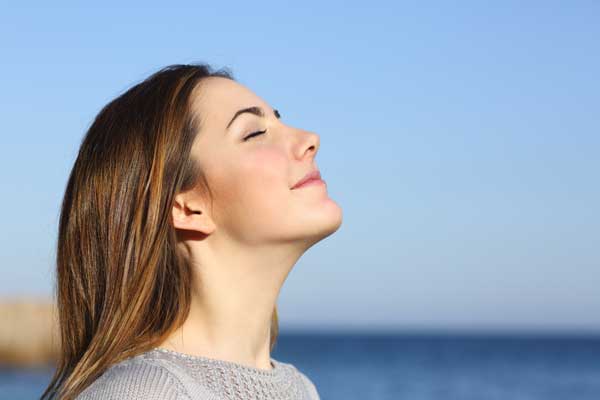 Mindfulness and mindfulness meditation have a number of health benefits, according to AXA PPP psychological health expert, Eugene Farrell.

“Developing countries have high, and increasing, issues with heart health, mental health problems, relationship breakdown and substance abuse because we live in a culture of busy-ness and constant pressure. We need to slow down,” advises Eugene. "Complementary medicine and therapies often lack formal clinical research,” he says. “Not so with meditation and mindfulness. There have been literally 100s of studies conducted to investigate and examine its benefits, which means that there is now evidence to support the fact that it can help with a variety of health problems. That said, much work is still to be done to explain whether this is cause, effect or a correlation."

Meditation and mindfulness are starting to make a difference to how people think and react in a variety of situations – from school children to professional athletes and even the military. Here are some ways it could help you:

“We can all find ourselves jumping to negative thoughts. This often happens automatically and can take a toll on our mental wellbeing,” says Eugene. “Mindfulness gives us the tools to become aware of this so that we can ‘rewire’ that thinking.”

Research conducted in America in 2015 also suggests that mindfulness meditation can help with sleep by supporting those who suffer from insomnia. Sleep – alongside other factors, such as building your emotional intelligence – can help you build your resilience.

A common myth about mindfulness is that it is only good for your physical health, but research suggests this underestimates the practice.

Researchers at Boston University did an analysis of 39 studies, totalling 1,140 participants, who received mindfulness-based therapy for conditions such as cancer, generalised anxiety disorder and depression. It found mindfulness to be a “promising intervention” for treating anxiety and mood problems.

A smaller, more recent study, also found that mindfulness is a helpful treatment for supporting adults who have autism spectrum disorder with anxiety and depression.

If you want to look after your heart, maintaining a healthy blood pressure is a good place to start, The American Heart Association now recommends meditation for reducing blood pressure, after a study found that people with heart disease who practised Transcendental Meditation regularly were 48% less likely to have a heart attack, stroke or die compared with those who attended a health education class instead.

A 2015 study in America found that participating in a nine-week training programme, which included mindfulness and meditation therapy, had a “significant impact” people’s symptoms of IBS and inflammatory bowel disease (IBD).

A review of 10 studies in 2011 focused on how mindfulness can help patients manage chronic pain, and the depression that often accompanies it. It found that mindfulness-based therapy could help to reduce pain symptoms and relieve depressive symptoms, but more research is needed to fully establish this.

In 2007, researchers from Switzerland’s University of Basel Hospital discovered evidence that the mindfulness has the potential to help women who suffer from fibromyalgia, a musculoskeletal condition that causes stiff joints, pain and tenderness throughout the body.

There is a growing body of evidence to suggest that mindfulness is an effective tool to reduce stress. This helps people with substance addictions as it gives them a healthy coping mechanism, which can steer them away from relapse.

An interesting study by specialists at the University of Utah in 2017 backed this up. They found that mindfulness is useful in the recovery of chronic pain patients who are at risk of becoming addicted to opiates.

Research conducted at the University of Massachusetts Medical School showed that after an eight-week programme, mindfulness training increased the amount of grey matter in subjects' brains. This type of brain tissue is associated with memory, learning, the regulation of emotions and the ability to see the world from multiple perspectives.

Another review study by researchers at the University of British Colombia showed that eight separate areas of the brain had the potential to be boosted by meditation.

A 2003 study by researchers at the University of Wisconsin found that people who meditated produced more antibodies when given a flu vaccine compared with participants who did not.

“Mindfulness can help us to control our learned response, like anger,” says Eugene, “By learning how to manage these emotions, it helps us to ‘get off the train’ and can improve our relationships.”