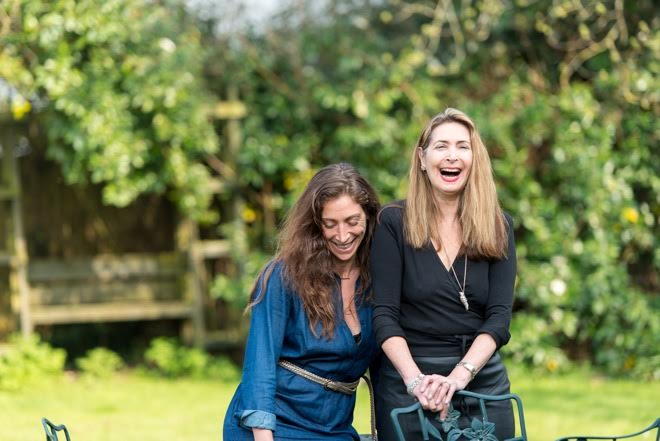 In 2013 my mother, novelist Valerie Blumenthal, was diagnosed with Posterior Cortical Atrophy (PCA), a rare form of Alzheimer’s affecting the back part of the brain responsible for visual function, orientation and spatial awareness. You might have heard of the disease because it is the same type of Alzheimer’s experienced by the late Sir Terry Pratchett.

Like Sir Terry, my mother has continued to write post-diagnosis. She also continues to be strong, beautiful, funny and inspiring. If anything, she is more so than ever.

I wanted to do something. For my mother. For Alzheimer’s. I thought about doing a marathon to raise money but I remembered my dodgy knees. And then I thought of what my yoga teacher said at the start of every lesson: “Dedicate your practice to someone or a cause that needs positive energy”. And my mother would always come to mind.

That sentiment seemed utterly right for Yogathon4Alzheimers, which I set up with the full backing of Alzheimer’s Research UK. Fittingly, the idea came to me on a walk near my mother’s cottage. And of course, yoga is suitable for everyone. Unlike most fitness and sport fundraising activities, I want Yogathon4Alzheimers to be an entirely inclusive event that does not require any prior training or experience and can be enjoyed by all ages, including people living with dementia.

Yoga is a fusion of the body and mind and over the years it has provided me with emotional strength, particularly when my mother was given her life-changing diagnosis of PCA.

The response to Yogathon4Alzheimers has been tremendous, heartening and moving – and I suppose what has touched me most is learning just how many people have been affected by this currently incurable disease. I feel blessed to have had the opportunity of speaking to, and sharing experiences with relatives of those suffering from dementia, some of whom are yoga teachers and will be leading the yogathon in London on Sunday, 21 June 2:30-5:30pm, which also happens to be International Yoga Day – in addition to a sister event in Liverpool on Sunday, 28 June 2-5pm.

I am also thrilled by the generosity of the owners of beautiful Bush Hall in West London, where the first Yogathon4Alzheimers will take place. Amy Winehouse played there, as have The Who, Paul Weller, Adele and The Killers.

It is an unpredictable disease and anyone can be affected.

At our event, Hilary Evans, Chief Executive of Alzheimer’s Research UK, will be giving a short introduction about the charity, followed by a brief talk by my mother Valerie Blumenthal. The yogathon will be led by nine highly experienced yoga teachers and participants can rest at any point during the practice. Everyone signed up to the event will be provided with treats from Yogathon4Alzheimers’ wonderful supporters including Vita Coco, Asquith London, Bags Of Love and Yoga Magazine, as well as being entered into a prize draw to win two pieces of active-wear clothing worth £120 from Asquith London.

At present, there are 850,000 people suffering with dementia in the UK alone. It is an unpredictable disease and anyone can be affected. I firmly believe that research holds the answers to defeating Alzheimer’s and its related illnesses and my ambition is to make Yogathon4Alzheimers an annual, global event.

Tickets for the event are priced £15 per person and participants are encouraged to set themselves a fundraising target of £100 per person.