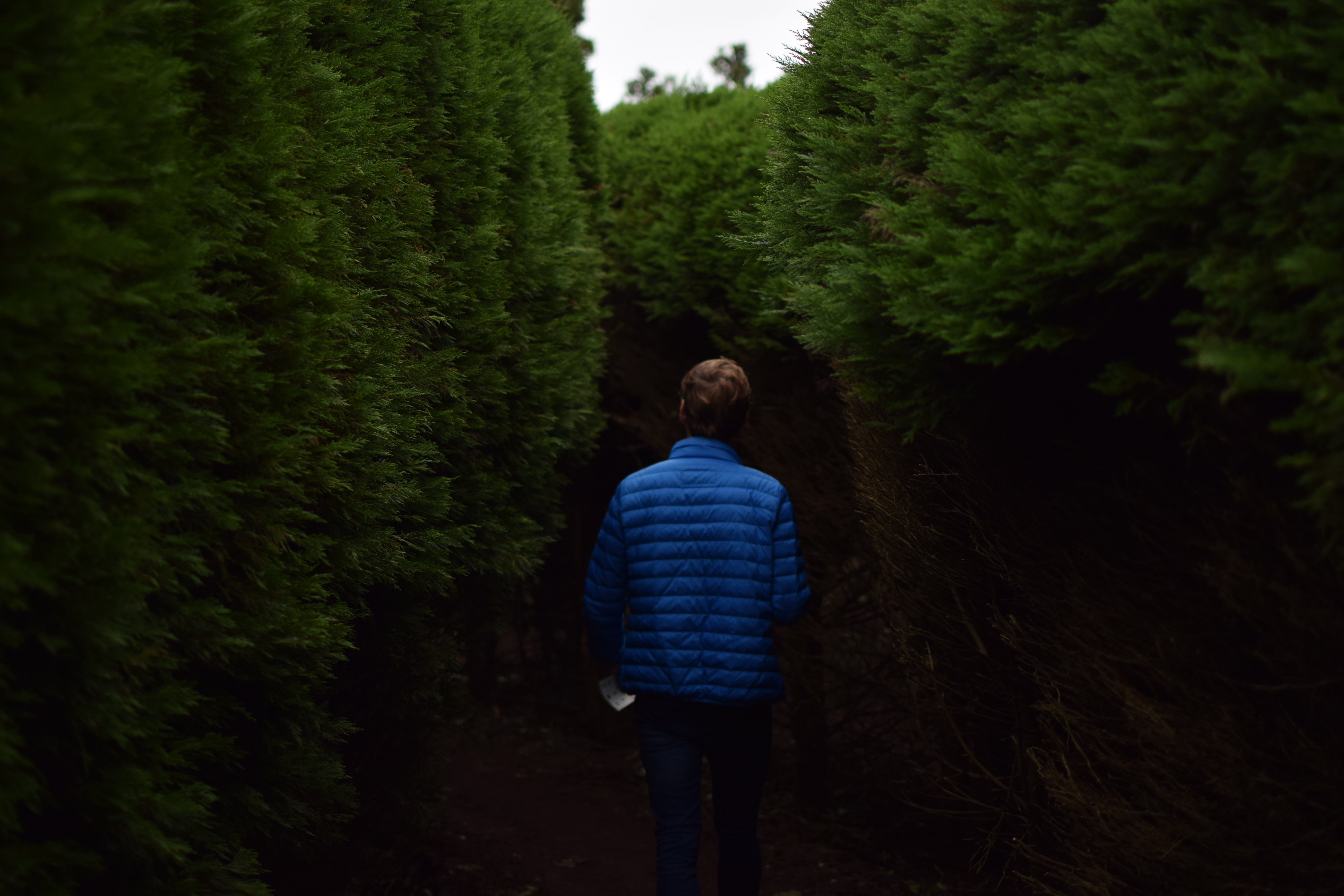 Why Psychoanalysis is Still Relevant Today

It’s a shame Freud has become somewhat of a mockery in popular culture. The Freud cartoons are often very funny, but serve to add ridicule to his ideas; those very ideas that have profoundly influenced and changed our society. Language and concepts that run right through our lives, the unconscious, the meaning of dreams and the idea our behaviour is affected by our past and not just our brains. His thinking and writing was brave, creative and off beam. But perhaps there’s something quite uncomfortable about being reminded we’re not always as in control of our behaviour as we like to think we are. To a certain extent society survives and operates by denying this fact.

Perhaps similarly, the popular view of psychoanalysis has served to simplify and caricature it as static, an out-dated body of knowledge formulated over a hundred years ago, by a patriarchal figure that believed the root of mental disturbance was unconscious sexual conflict. The reality couldn’t be further from the truth. Psychoanalysis continues to grow and develop organically, being made up of a number of different and related strands of ideas about the human personality, largely generated from and in response to clinical work. It’s neither dogmatic and unchanging, nor possible to define neatly.

As a psychological treatment, psychoanalysis is a method of psychotherapy that can be very useful for people who are struggling with longstanding difficulties in the way they think and feel about themselves, the world, and their relationships with others. Shorter-term approaches to therapy may be useful in helping clients find ways to cope with recent manifestations of states like anxiety or depression. It may be easier to identify a trigger in such cases, specific events or life stressors such as a relationship breakdown, or loss of employment. But for challenging psychological and emotional aspects of a person’s life that have been around for longer and may have their beginnings earlier in life, an approach that takes time and endeavours to understand the bigger picture is necessary.

If you were to stop and take a few minutes to reflect on the hour or so leading up to reading this article, noting any thoughts, feelings and sensations, what you’d notice would undoubtedly give a glimpse into the very individual way you have of viewing the world. You’d probably also realise that such an opportunity to stop, reflect and think about how you experience life is extremely rare in our busy modern day society. A psychoanalytic psychotherapist is trained to create a space and a type of engagement that encourages such internal reflection. They carefully observe and listen to you and overtime gradually build up a picture of the way you view yourself, your relationships with others and how your thinking and behaviour influence your experience of the world. They will gradually feed this evolving understanding back to you in ways that are manageable and in which you can talk and think about together. It sounds simple, but its incredibly important and what many of us may be missing. Having someone to think with us about things can really help us to think about things.

What is the unconscious?

In a recent social situation I found myself struggling to make a case for perhaps Freud’s most influential concept. Choosing to ignore what we don’t like or feel comfortable with? The retort was yes perhaps, but everyone does that, it doesn’t mean there’s an unconscious. The metaphor of the iceberg is nicely illustrative, what we choose to show on the surface is only the tip, whilst so much remains hidden beneath the surface. Repeating patterns of behaviour even when we don’t want to and they don’t serve us well? Comes close perhaps and something we can all relate to.

The royal road to the unconscious of course became the analysis of dreams, but Freud believed there were moments for all of us in which we’re made aware of our unconscious, through what he termed ‘bungled actions’; what’ve become known as Freudian slips. The moment of truth in the conflict between conscious and unconscious, when we trip ourselves up and say what we really mean, without the filter of the conscious mind to censor. We’re probably all able to recall our own often-humorous slips, trips, and bungles. When Radio 4's Today referred recently to the BBC'S "new spanking building" instead of "spanking new building", listeners responded to the unconscious innuendo with gleeful letters.

Moments like this provide us with fleeting glimpses of the thoughts, feelings and desires that have been repressed, relegated and held out of awareness for fear of causing conflict with a part of us deemed more acceptable. The therapeutic setting provides us with conditions for greater unconscious access, the safety and reliability provided by meeting in the same room at the same time for 50 minutes. In a traditional analysis the client lies on a couch, the therapist sitting behind out of view in order to facilitate the free association that frees the client from censor. Many psychoanalysts still operate this way and require frequent attendance, between 3 – 5 times weekly. Such frequency keeps the link between the unconscious and conscious alive from one day to the next and enables overcoming the resistance that repression creates. Melanie Klein adapted this approach to children, using play as symbolic expression and a kind of pre-verbal free association, giving insight into childhood unconscious conflicts.

Psychoanalysis had always been interested in early child development. Work with children led to the development of new strands, attachment theory, the British school of object relations and inter-subjective and relational approaches. Whilst concepts of the unconscious and repression remain at the core of psychoanalysis, we now know much more about the importance of our earliest relationships. A combination of nature and the nurture we receive from our environment, an interaction between a new-borns temperament, their adjustment to the world and the emotional development and capacity of parents influences our physical and emotional development both early on and into adult life.

Advances in child development research have provided evidence for the importance of our early bonds via neurodevelopmental findings. We’re born with innate capacities to relate, being drawn to eyes, faces, voices and smells and preferring those that are familiar. We imitate our caregiver’s expressions and movements; new-borns stick their tongues out in response to an adult (with quite a lot of effort!). Infants respond physically and physiologically to touch and being held, distress and heartbeats are calmed. From our earliest moments, even in the womb, we respond to the conditions that facilitate our growth, and adapt to circumstances when those conditions aren’t present. Foetus’s exposed to chronic stress develop a stress response of their own, perhaps anticipating the world they’ll be born into.

It seems surprising today to think that pre-1950’s, much of the troubles of infancy and childhood, the tantrums, rage and inability to bear frustration had been passed off as unimportant, or simply attributed to physical factors. Psychoanalysis has painted a vivid picture of the primitive anxieties experienced by infants born in a state of total dependency. Even for the immature child, the world can seem completely overwhelming. If we have a parent that’s able to tolerate, think about and in some way make our distress manageable, by 1 year we begin to develop the capacity ourselves. If we’re fortunate enough to have parents that respond to our emotional needs consistently and reliably we learn its safe to express ourselves and expect to be met; crucial for developing healthy relationships in and outside of the family later on.

When parents aren’t available enough or capable to provide a facilitating environment, perhaps due to anxiety or depression, we know this translates into difficulties in emotional and psychological development and behavioural adjustment during childhood and adolescence. Neural pathways are laid down from our earliest experiences, but continue to be created throughout life. When things haven’t been ideal, the relationship with a psychoanalytic psychotherapist offers a chance to think about these early experiences again, and through thinking and re-experiencing, the opportunity for something reparative and different from before to occur.

Ben Crawshaw is a verified welldoing.org therapist in SW7, London

The use of the couch in psychotherapy

What psychoanalysis is trying to achieve