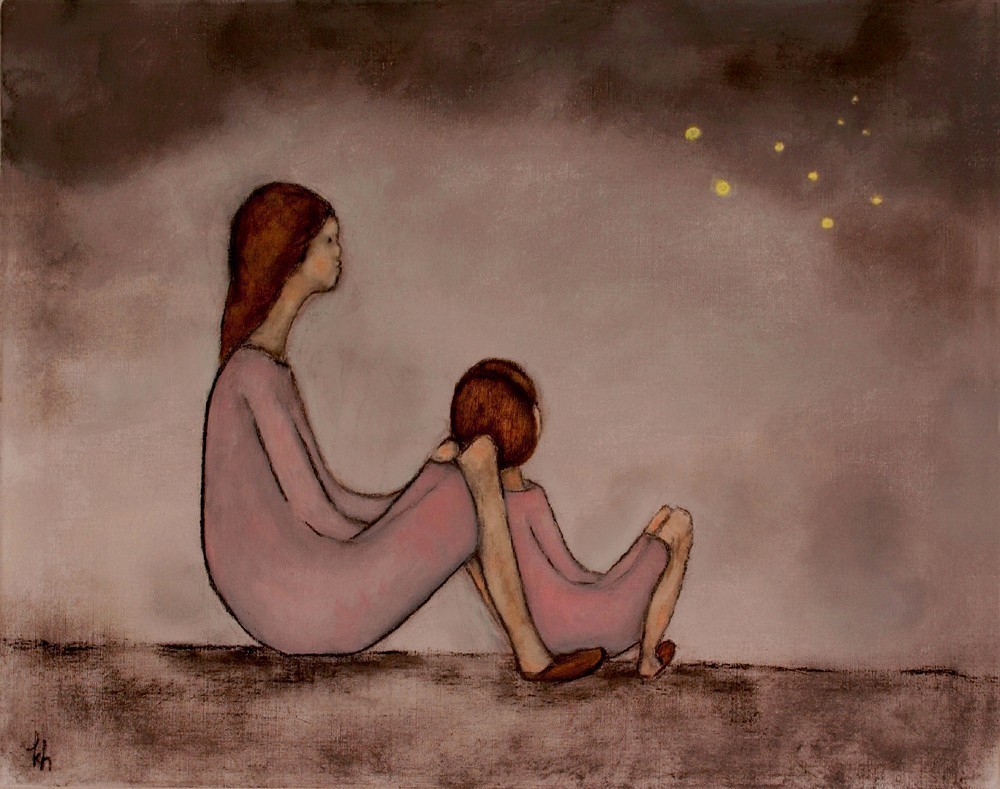 Why My Mum's Dementia Affects Us All

Mind
Leanne Brookes
care , dementia , family
I pulled out the new issue of Psychologies and ripped through the plastic covering to find Julianne Moore on the front cover. As I got to her interview, it dawned on me why she was being featured. I closed the magazine, fearful of it’s contents. A couple of days later and I’m sat on my sofa scrolling through Facebook like a robot. I check the ‘trending’ section and see that Terry Pratchett had died. I clicked on his name and a chill went down my spine; he died of Alzheimer's at the age of 66. I couldn’t escape it.
My mum was diagnosed with early on-set Alzheimer’s disease last year at the age of 60. Typing that sentence out loud is scary because it means that it’s true. The investigations at memory clinics and by psychologists had been going on for quite some time so it almost seemed inevitable in some morbid way. At first we were told that her memory issues could be a side effect of the menopause or ‘brain fogs’ caused by her Fibromyalgia, then she was depressed, a scan showed a possible stroke and lastly, Alzheimer’s.

As a kid, she was my Gloria Estefan, not a curly hair out of place and perfect make up, even if she wasn’t going anywhere.

It has had a life altering impact on her over the years. She can no longer hold a conversation for more than a few minutes, she forgets trivial things like the address of the home we lived in as children and more worrying things like where she has been on the bus that day.
She lives alone and every time I pull away, I pray that she will be safe. Life is unpredictable, you wonder when you are going to receive a call to say that she had been found wandering, fallen in the dark or worse, that she is lost and we don’t know where she is.
As a kid, she was my Gloria Estefan, not a curly hair out of place and perfect make up, even if she wasn’t going anywhere. The hardest part for me is feeling like I’m slowly losing my mum. When I was a teenager, I didn’t have a great deal of friends and I used to stay home a lot. My mum was my best friend; I used to follow her around while she did house work, asking her questions about life.

As the baby of the family, this role reversal is confusing.

She understood why I didn’t like going to school because she was the same as me at that age. Quiet, introspective and anxious. These personality traits have been magnified now and she can’t make many decisions without asking our opinion. I fill up her weekly tablet box, I tell her to eat more fruit, to lock the front door and to try and get more sleep. As the baby of the family, this role reversal is confusing and as an individual who suffers with anxiety and depression, it’s another tick on my list of reasons not to get out of bed.
What is stronger than my desire to let the world pull me under? My primal devotion to be a strong daughter and sister. I now attend a support meeting for children of parents with early Alzheimer’s and I find that talking is a massive help. I used to hold onto my mums disease, not wanting to tell anyone - like it was a dirty secret. It’s a similar feeling to the loneliness of depression but ever since I started my mental well-being blog, my mental health has been at the forefront of my mind because I am open, unapologetic and honest.
I want to shout from the roof tops about this disease because there has to be more research funded, a mainstream awareness in society and more support for sufferers and families. I’m not going to sit with my fears, pretending to everyone that this disease isn’t affecting my life, because it is. I am not going to wallow in self pity and alienate myself in social situations, I will not let my role model and the worlds greatest mum down by not living my life.