What Does Stealthing Say About Consent?
Find a therapist
Find a coach
Join as a practitioner
Log in/register 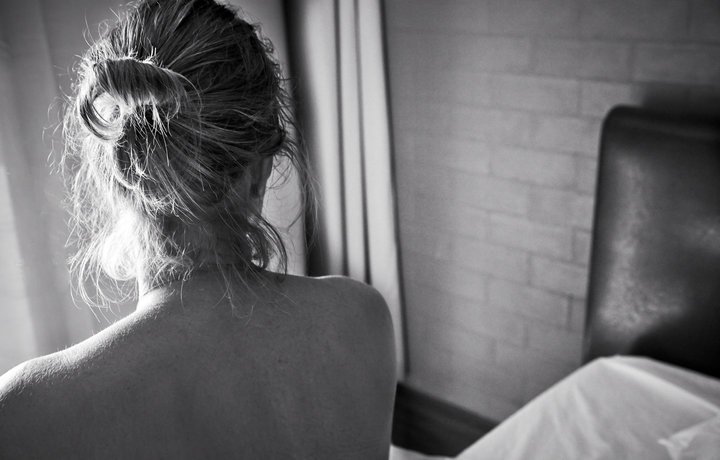 What Does Stealthing Say About Consent?

Stealthing – the practice of removing a condom during intercourse without a partner’s knowledge or consent – is a term that arose under the shadow of AIDS.  A powerful scene in Tony Kushner’s 1993 play Angels in America depicts the horrific consequences of condom removal during casual sex between men.  Later, in those websites that laud the darkest side of sex’s power, stealthing became a boasting point, and offered advice on getting away with it in male-female sex.

Only recently have women’s experience of being “stealthed” come to the fore.  An article by Alexandra Brodsky, 'Rape-Adjacent': Imagining Legal Responses to Nonconsensual Condom Removal first published this April in the Columbia Journal of Gender and Law, exposes the practice from women’s responses as a “grave” physical and emotional violation of dignity and autonomy.  Brodsky considers whether, in light of the associated risks, and the importance of consent in lawful coupling, there is adequate legal redress for women who are victims of stealthing.

Theoretically, the answer is, “Yes.”  In law, consent is highly specific; it applies to each act, so having had sex with someone once does not mean that consent is no longer necessary for subsequent acts. Moreover, if consent has been given for sex with a condom, and the condom is removed, then the consent given no longer applies.  It is not surprising that, with the difficulty of parsing “consent” versus “fully informed consent”, this becomes a prosecutor’s nightmare, though there has been one 2017 conviction in the Swiss courts of rape when a man removed a condom during intercourse with his wife, and in 2014 a Canadian court convicted a man who poked holes in a condom of sexual assault.

How we experience others’ behavior and what remedies are appropriate to our lives today underpin laws as much as moral logic.  Whether stealthing is rape or “adjacent rape” or, as is more commonly supposed, sexual assault, it raises important and uncomfortable questions about sexual transactions and trust.  Looking back to the original use of “stealthing” when it referred to sex between men, when being HIV positive marked a high probability of developing AIDS, we can see how it is aligned with life-threatening risk. Yet the legal protection from that threat is sparse: there are some states in the US in which it is a crime not to disclose being HIV positive before engaging in sex, but this legal obligation is waived when a condom is used – even though a prospective partner who is aware of this condition, might well not consent even to so-called safe sex.

And what about women who commit some form of stealthing, either by removing a condom or assuring her partner that she is protected from pregnancy.  Might she be convicted of rape? Or theft of sperm? Or entrapment? Or extortion? And what about more common forms of coercion, for example, when a 19-year-old man calls his love-struck 17-year-old partner a sissy for worrying about a condom, or perhaps just whispers with authoritative seduction, “Trust me.”  These might, after the fact, generate rage and a sense of betrayal, even though, in some form, they are covered by consent.

The call for new laws surrounding sexual conduct arises within a growing sensitivity to the fact that, during sex, we are particularly vulnerable to a partner’s deception and disrespect.   But the focus on legal redress obscures other important issues that challenge the simplistic concept of “consenting adults”, as though that concept might cover the complex pressures exercised within relationships, and the often unspoken (or even unacknowledged) expectations of physical intimacy.

Sex is not, for humans, just a sex act. When we engage in sex, we enter a profoundly altered state, where critical appraisal is suspended, wherein we are exposed to the vulnerability of intimacy, wherein the customary physical boundaries between people are removed. We experience what Maggie Scarf has described as “the inchoate, rapturous feelings of being engulfed in the safe and intimate world of early infancy.”  The stroking, touching and smells associated with sex are also associated with trust, care and safety. It is time to bring into stealthing conversations the emotional power of sex, with its presumption of mutual care and protection. While we would welcome laws that take account of our psychological realities, we might also discover that, by respecting the power of sex, we will be more likely to give consent only when we have good evidence for trust. While some might protest that this is “victim blaming”, I believe this simply acknowledges our psychological reality.