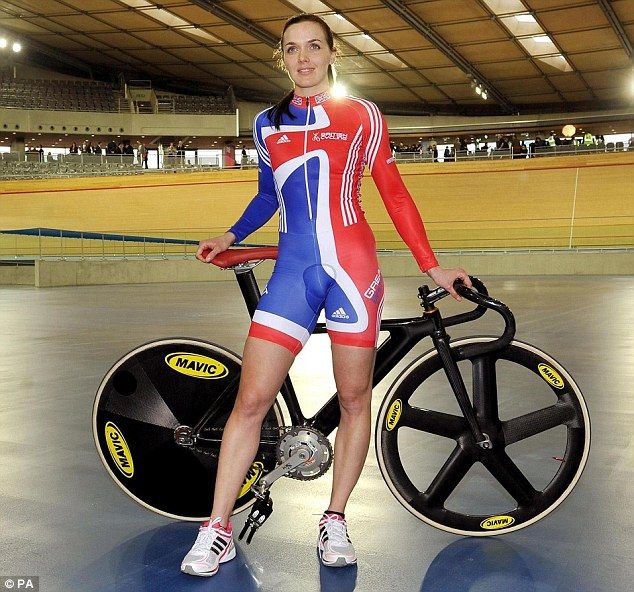 Why Living An Ordinary Life is Victoria Pendleton's Real Challenge

On the outside Victoria Pendleton has it all.  Gold medal, tick.  Amazing physique, tick.  All around athletic ability, tick.  Money, tick, Fame, tick.  So why did it all go wrong?

Victoria Pendleton, the team GB cyclist and gold medallist, seems blessed. She has retired from top flight sport as a national icon.  She has all the time in the world, as well as the money and ability to realise her dreams.  After retiring from cycling she took up horse racing.  Sounds risky, doesn't it.  I recall that the actor that played Superman broke his back after falling off from a horse.  But there is clearly something about Victoria that drives her remorselessly.

In therapy speak language, we might call it the "super-ego", or the part of the personality that tells you what you should be doing, and tries to police activity, or let you know if you step out of line.  This part of the personality isn't really much fun, but fun doesn't make Olympic champions.  The super-ego makes you get up early, restrict your diet, and train yourself into the ground.  Day in, day out.  It doesn't really do compassion. She can't switch this part of her mind off; it is always on, always criticising.

Her worst episode was when she came back from another high-stakes, high-adrenaline trip.  This time she was trying to scale Everest but succumbed to mountain sickness, leading her to abort the trip, and then lead her to a deep depression, and having to face the breakdown of her marriage.   Victoria Pendleton recently revealed that she was having suicidal thoughts.  She called her psychologist on a particularly bleak day, who alerted her brother to come over and help her out from a very dire situation.

She is in recovery now, after experiencing a healing experience during surfing in Costa Rica.  Symbolically, the sea, and the waves, mimic aspects of the unconscious, and are the opposite, or counter-point to the super-ego.  She clearly seeks out peak experiences, which can be creative or destructive.  However, she is like many other sports people who retire early, but flounder in ordinary mundane life.  I wonder if she is a "seeker" who appreciates reality through the path of extreme physical and mental suffering and deprivation.

There is nothing wrong with this, but it can prove extremely dangerous. I have written another column about the dangers of mountain climbing.  Mountain climbers who literally have to get "high" time and time again, can end up losing their fingers, toes, minds and bodies.  Yet, they seem to discard the logic for self-preservation that the rest of us frailer creatures follow.  We know that we are fragile and perishable; but sports people have a desire to conquer the odds, to risk everything, and come back from defeat.  This sometimes gives them the feeling of being all-powerful, this sense of having cheated the gods.  But it comes at a cost.  Reality has a way of knocking us back to earth.

Victoria Pendleton's recent public revelations are not the end of the matter.  In the end, the biggest challenge of all for her, will not be reconquering Everest (we all know that she can achieve amazing things with her body), but finding a place in the everyday world with all its extra-ordinary ordinariness.  There are no medals for this, no cheering crowds,  or even photoshoots.  Victoria seems to work things out by doing things in the outer world, seeking ever more extreme challenges.  Our culture values such extroverted acts of heroism; however, it gives less attention to the inner journeys, the sort that are the bread and butter of therapy, which are just as hard, and maybe even more necessary as we get older, if we really want things to change.