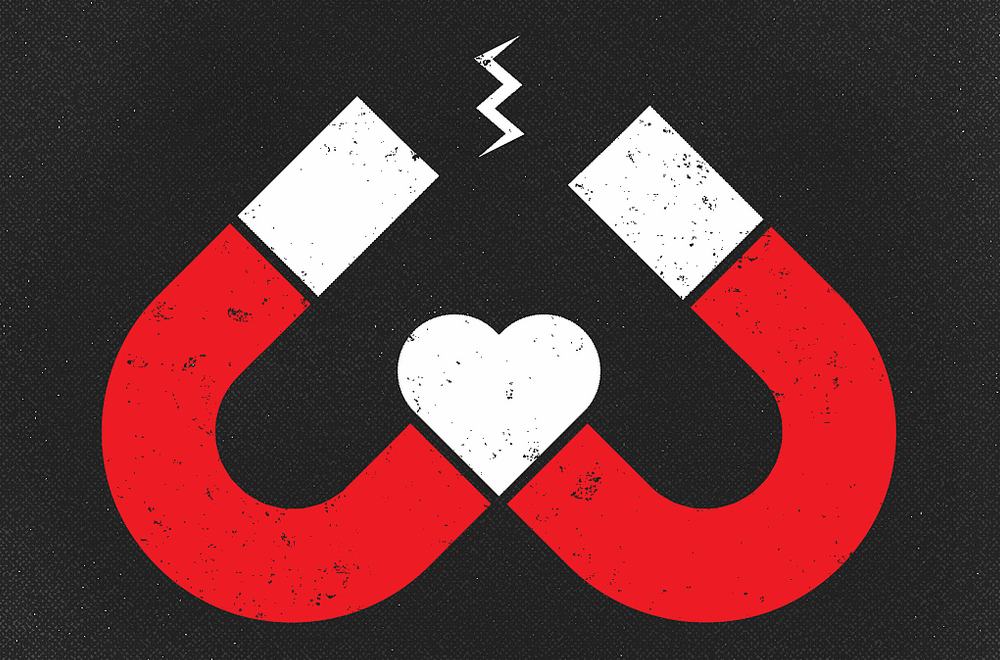 The Unconscious Reasons that Opposites Attract

Opposites attract when it comes to falling in love – but this can soon wear off! After all, we must still get through day-to-day life together. We have all heard the old adage that the things that first attract us to a new partner are the very things that irritate us about them later on. Have you ever wondered why that should be the case? After all, on the face of it, that doesn't make a lot of sense.

And yet, we can all think of ways in which that is at least a little bit true for us. Think back to when you first met your partner, or an ex-partner. What things did you like most about them? And of those things, which ones became a source of irritation later on? Maybe you liked how spontaneous he seemed, but now his lack of planning drives you mad! Or maybe you loved that she seemed so in control of her life, but now it feels as if there is just no freedom to do anything a bit crazy.

Mary first noticed John at a party, where he was at the centre of a group of people, telling stories and jokes, and oozing confidence. Mary thought he was amazing, and was flattered when John turned his attention on her, even though she had been very quiet up to that point. He made her laugh, and in turn she too found herself making jokes and making him laugh, something she always knew she was not very good at. John had been drawn to Mary because she seemed so self-contained, and her very calmness felt to him soothing to be around.

Fast forward four years and whilst Mary and John are happily married, they often find themselves falling out, particularly when socialising. John complains that Mary doesn't make enough of an effort to talk to people, or keep the conversation flowing, and he is sometimes embarrassed by how quiet she is in the company of their friends. Mary finds herself getting irritated by John having to be the centre of attention all the time, and sometimes feels exposed by how much he tells people about their private life in his anecdotes. So what is going on?

Psychodynamic couple theory gives us a way to think about this phenomenon, based on the concept of 'unconscious partner choice'. This suggests that we choose our partner because, unconsciously, they remind us of parts of ourselves that we have lost touch with, often to such an extent that we can deny that they are a part of us too.

Let's find out a bit more about John and Mary, which might help us to understand how this applies to them. John is the youngest child with two much older brothers. His parents were pre-occupied with their troubled business, in which the older boys were closely involved. Too young to join in their discussions, he learnt that the way to get attention was to lighten the mood, telling funny anecdotes and generally making people laugh. Whilst this proved an excellent coping strategy, unconsciously, John continued to feel that he didn't matter as much to his parents as his older brothers did, and that he was valued only for his ability to make people laugh. Doing so became such a core part of his personality, that he forgot how to just ‘be’, or that he could be valued just for himself.

Mary was a 'miracle baby', the only child of academic parents who were already in their late 40's when she came along unexpectedly. A naturally outgoing child who liked to perform songs and dances, she was encouraged instead to be quiet and excel at her studies, saying nobody wanted to see her 'make a spectacle of herself'. Mary subsequently lost touch with that outgoing part of herself, internalising the belief that it was unwanted by others.

So why does the promise of the other one providing the bits you are missing, or ‘completing’ you, so often turn sour? The clue is in the word ‘unconscious’. We have to remember that, like John and Mary, we are usually not aware of lost and disavowed aspects of ourselves. These aspects are usually ones we were taught by parents or by experience to see as negative, and can include anger, ambition, emotional needs and many, many other things.

Being with someone different to us offers the possibility of re-integrating lost aspects of yourself that the other has, but that can only happen if we can face the fact that we, too, possess these aspects, mourn the fact that they were lost to us for so long, and begin the painful process of change that allows us to become more rounded versions of ourselves. Where this happens, both partners grow and develop. But where lost aspects of the self cannot be accepted and re-integrated, they slowly become more and more irritating to see in the other. So - if you dare - ask yourself these questions: What attracted me to my (ex) partner? Has any of this attraction turned to irritation? And what does that tell me about myself?