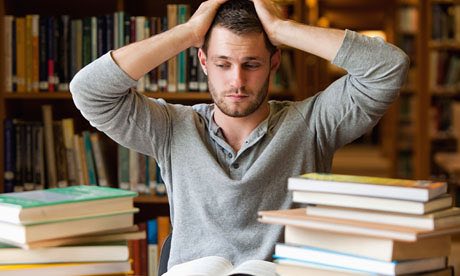 We are seeing a steady rise in mental health issues including anxiety for young adults. ONS data on the lifestyles of young adults in the UK show that one in five 16-24 years olds reported mental ill health in 2014 [1]. Whilst there are likely to be myriad reasons for this steady rise, what I want to use this short article for is to consider how we can help young adults to prioritise self-care.

As a counsellor working primarily with young adults I am surprised on an almost daily basis by their resilience and strength – whether in education, employment or another path, they invariably arrive to appointments on time, are ready to engage with the notion of therapeutic change and willing to place trust in me as someone who can work with them to help them achieve that.

Many young adults that I work with are completing degree level education whilst holding down part-time employment and focusing on making themselves as employable as possible through internships and unpaid work experience. All while trying to ‘do it all’ - to go to the gym five times a week, to maintain functioning relationships and to respond to the uncertainty around geopolitical changes that they now face.

What I don’t often hear about in the counselling room is how our young adults are looking after themselves – instead, I hear how their needs - both physical and emotional- are pushed down to the bottom of the list, if not off it completely.

One way that I approach this with clients is to introduce elements of the theory of the American psychologist Maslow, and his hierarchy of needs (1943). Maslow presented a theory proposing that healthy human beings have innate needs, and that these needs can be viewed as a hierarchy. He suggested that until our basic needs are met - what he called physiological and safety needs – then higher needs could not be met. This is often depicted in diagrammatic form as a pyramid.

Holding an awareness of Maslow’s theory helps me when working with young adults who have sought counselling support for their mental health needs. Without wholly subscribing to his theory, I find the hierarchy of needs a useful tool for introducing the idea of prioritising physical needs when facing psychological unrest in the context of each client’s own lived experience.

Using the pyramid can facilitate an exploration of the idea that without regular sleep, nutritious food and hydration we are unlikely to be able to achieve any higher needs which may in turn result in an increased sense of anxiety and stress. This feels particularly pertinent at this time of year as exams approach and deadlines loom - new figures from the NSPCC-run service Childline recently revealed that it delivered 3,135 counselling sessions on exam stress in 2016/17 - a rise of 11% on the previous year [2].

Ben* was a 21 year old client who accessed counselling via his university as he was struggling with anxiety and low mood related to his academic work.  He shared that he was finding it difficult to get the motivation to attend lectures and to engage in them when he did attend and so was struggling to maintain the level of academic performance that he was previously proud of. He had started to isolate himself from friends as he was ashamed of what he called an ‘inability to just get on with it’. Through exploration of his lifestyle it became apparent that his job in a local bar meant that he was regularly going to bed at around 4am but then finding that he was waking just a few hours later as his housemates began to get ready for their day. He had maintained this sleep pattern for such a long time that he seemed surprised when I commented on it; he had normalised it and not considered the impact of a lack of regular sleep on his mental health. Spending some time exploring this with Ben using Maslow’s theory helped him to make that connection and as our work continued he was able to consider changes that he could make which would allow him to establish a healthier sleep pattern. He began to see his basic physiological needs as essential which granted him the permission he needed to fulfil them.

Prioritising self-care is not an easy task, and one that we all occasionally need to be reminded of. The beautiful thing about self-care is that it can take many forms – whether it is a change to sleeping patterns, attending a kickboxing class or listening to a favourite podcast, there are always things that we can add to our lifestyles to help our overall sense of wellbeing.