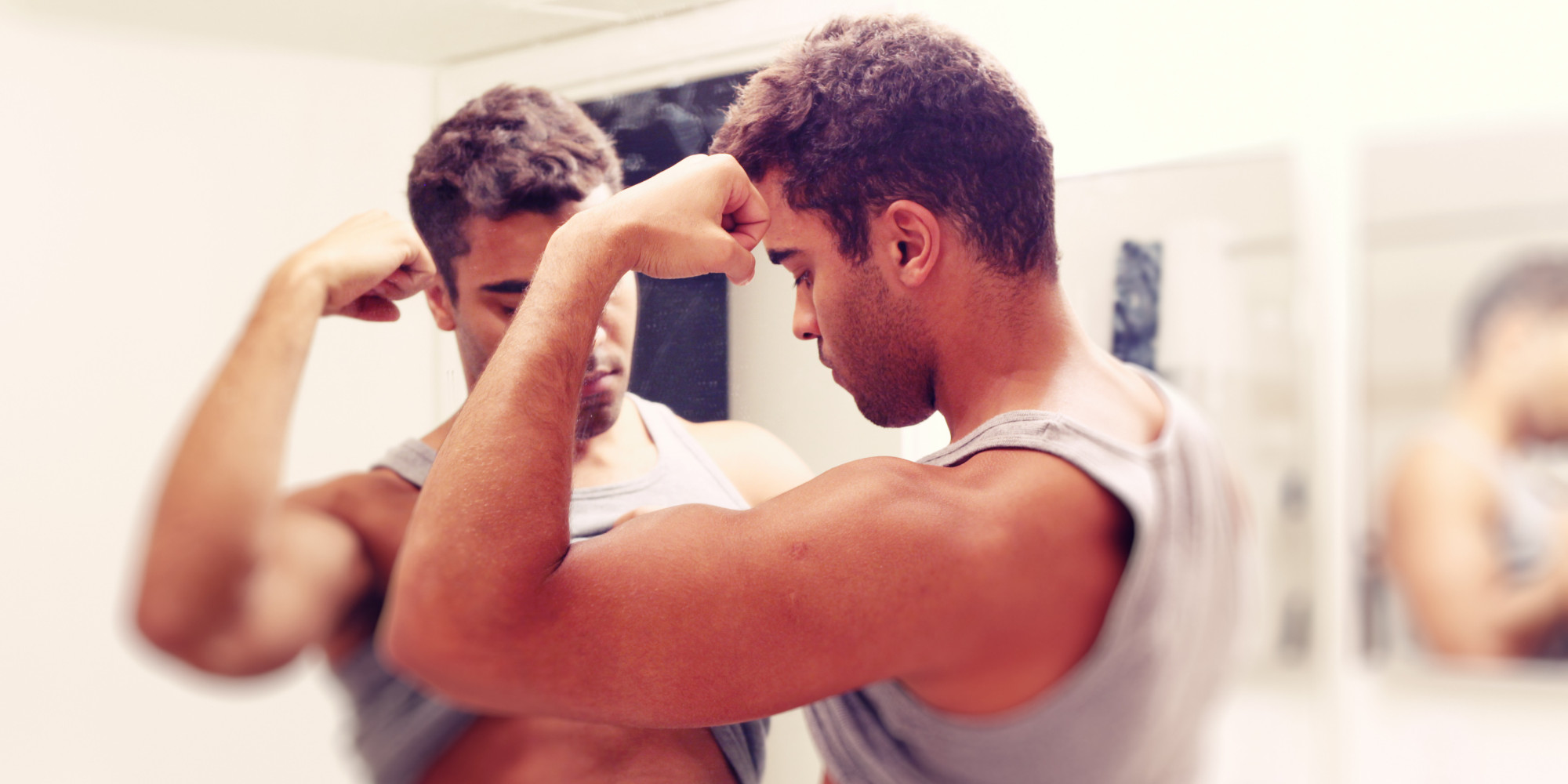 Body image anxiety used to be mainly a female concern, unless you were a jockey, body builder or underwear model. However, men are increasingly affected by body image concerns and these are particularly notable in younger men, raised alongside the powerful influence of the internet and social media. Men typically aspire to a lean, muscular ‘ideal’, whereas in women, the desire swings more towards a thin silhouette.

A study of 394 British men at the Centre of Appearance Research at the University of the West of England a few years ago showed that 38% of men would sacrifice at least a year of their life in exchange for a perfect body. Some large-scale surveys have found that overall male body image dissatisfaction has increased by 300% over the past three decades, showing a considerable upward change in this trend. Although a degree of body image awareness and a desire to be fit and healthy could be viewed as a positive trend, research shows that when men (and women) become very preoccupied with their physique, this can result in anxiety and low self-esteem. This can lead to disordered eating, extreme diets, the use of laxatives and diuretics, over-exercise or self-induced-vomiting in an attempt to drop weight or develop a toned physique.

‘Initially, I just wanted to tone up a bit and lose some belly fat. However, I found myself on a constant mission for self-improvement. Even though I’d lost fat from my body and gained muscle, I didn’t feel satisfied with the results. I wanted to push myself harder and get leaner. It didn’t seem like much of a problem – other people at the gym were also focused in this way and I also got compliments when I looked shredded.  It started to take over my life though – I was on crazy high protein diets and taking diuretics to dehydrate and define muscle. This made me feel physically awful. I also found that I had to go to the gym to feel okay, otherwise I felt lazy – as though I had failed badly. And if I ate anything unhealthy, I would feel a compulsion to exercise it off. I started to feel very out of control around food.'

Signs that might indicate that someone has poor body image:

·         A preoccupation with how they look and what they have eaten

·         Paying specific attention to areas of their body that they are dissatisfied with, e.g: facial hair, biceps, abs

Sadly, these issues can often be hidden, as to the outside world; someone might appear to be extremely fit and healthy, with the problematic behaviours occurring behind closed doors. The media and well-meaning friends can also inadvertently encourage the problem by praising the results of attaining a lean physique, without appreciating the cost to the bearer.

Negative body image can be changed though. It can take time and persistence in doing this but it is entirely possible. It is worth noting that a good body image can comprise valuing health, body shape and nutrition, but not as the defining points of self-esteem, rather part of a wider picture of self-evaluation.

Body image is a subjective business and is based on thoughts, beliefs and feelings about one’s body, rather than being true fact. If body image is negative, someone is likely spending much of their time thinking about their body in a negative way – then this resulting in unhelpful feelings and behaviours, so keeping the person trapped in a destructive cycle. Much of this is unconscious initially, but once in someone’s awareness they are in a much better position to facilitate change.

·         Work on self-esteem and a having a positive identity recognising strengths based on a range of qualities and attributes. It might be work abilities; being a good father or friend; a love of a certain sport or something else.

·         Work to find a healthy relationship with movement and exercise. Rather than focusing purely on aesthetics, value the body for what it can do, not just how it looks. Enjoy sport for social and belonging; for health benefits, physical and mental.

·         Be mindful of your engagement on social media. Remember that many images are airbrushed, filtered and just downright unattainable. People have often worked years to achieve the outcomes posted, and sometimes at a great cost in their personal lives.  This is not to say that all fitness posts are damaging by any means, (some are highly motivating and encouraging) but be wise in your choice of viewing material.

·         Choose a place to work out which helps encourage a positive body image. Avoid mirror-packed gyms and hanging out with other people who may unintentionally intensify body image concerns.

·         Understand how poor body image developed. Risk factors for men can include: being bullied as a child; overweight as a child; extreme dieting; being in a profession that demands a certain body shape eg: jockey, body builders, sports person, television star.

·         Get help from the people closest to you in your life. Friends and family can be an immense source of support.

If someone is really struggling with poor body image, it could be valuable for them to seek outside support through counselling. Counselling can help someone understand why they have negative body image and factors that may have contributed to this. It can also offer a safe space to talk openly and to think about strategies for change.