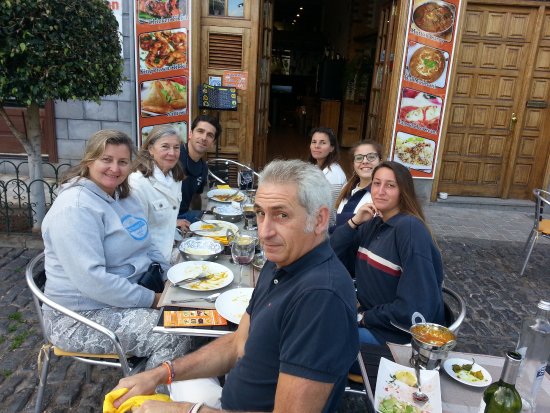 New research from the University of Oxford has revealed that the more often people eat with others, the more likely they are to feel happy and satisfied with their lives.

Using data from a national survey by The Big Lunch, the researchers looked at the link between social eating and an individual’s happiness, the number of friends they have, their connection to their community, and overall satisfaction with life.

Results suggest communal eating increases social bonding and feelings of wellbeing, and enhances one’s sense of contentedness and embedding within the community.

The Big Lunch - an idea from the Eden Project made possible by the Big Lottery Fund - worked with the University of Oxford’s Professor of Psychology, Robin Dunbar, on the study, which aimed to shine a light on the UK’s mealtimes and how often we eat with others.

Researchers found that people who eat socially are more likely to feel better about themselves and have a wider social network capable of providing social and emotional support.

Despite the clear correlation between social eating and social bonding, with 76% of those questioned saying that they thought sharing a meal was a good way to bring people closer together, the survey shows that many meals in the UK are eaten alone.

A third of weekday evening meals are eaten in isolation, and the average adult eats 10 meals out of 21 alone every week. Busy lives and hectic work schedules are the main causes of this solitary dining trend.

The study also revealed that, although 57 per cent regularly eat an evening meal with other people during the week, nearly a fifth said this was a rare occurrence. This is despite most respondents claiming that eating with others made them feel closer to each other.

Little wonder then that two thirds of us admit there are certain people in our lives that we know we should make the effort to spend more time with.

Even when living with others, the opportunity to sit down together and enjoy a meal can be rare – 21 per cent said their routine means they eat their evening meal at a different time to others in their household.

Those over the age of 55 are most likely to eat alone - one in four in this age group said an evening meal with others wasn’t a usual occurrence.

“This study suggests that social eating has an important role in the facilitation of social bonding, and that communal eating may have even evolved as a mechanism for humans to do just that.

‘We know from previous studies that social networks are important in combatting mental and physical illness. A significant proportion of respondents felt that having a meal together was an important way of making or reinforcing these social networks. In these increasingly fraught times, when community cohesion is ever more important, making time for and joining in communal meals is perhaps the single most important thing we can do – both for our own health and wellbeing and for that of the wider community”

Peter Stewart, Exec Director of Eden Project who are behind The Big Lunch, said:

“Social eating clearly plays a key role in the development of community life and the happiness of individuals within that community – 75% of respondents recognised that making an effort to see someone more often was best done by sharing a meal. As this research shows, sharing food can help strengthen community bonds – and it’s also really good fun!

The Big Lunch has been bringing people together to share food and good times for nearly a decade. This year The Big Lunch is on 18 June as part of The Great Get-Together weekend. We’re hoping that 10 million people will join The Big Lunch and eat with their neighbours this year – the biggest community get together ever!”

The Big Lunch has been encouraging annual get-togethers for neighbours since 2009.  Last year saw 7.3 million people take to streets, parks and gardens to share a meal with neighbours at over 90,000 events. The aim of The Big Lunch is to help people to make new local connections, that in turn helps to reduce loneliness and builds social capital.

The full paper, ‘Breaking Bread: The Functions of Social Eating’, can be read in the journal Adaptive Human Behaviour and Physiology.