We All Use Sexist Language, Women Too
Find a therapist
Find a coach
Join as a practitioner
Log in/register 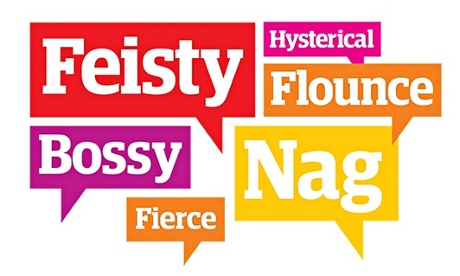 We All Use Sexist Language, Women Too

Adjectives have now become the scapegoat for a sexist culture - these naughty words are seen to be drenched in misogyny.

When I went through the list of additional 'women only' words presented in The Telegraph Wonder Woman, I felt the frisson of easy recognition that often accompanies what psychologists call the 'confirmation bias': it is much easier to think of examples that confirm an appealing idea than it is to think of disconfirming examples. Alerted by that complacent glow, I reflected on comparable words and phrases that patronise, criticise, and ridicule men.

“Bossy" is not a flattering adjective but nor does it condemn. I have a bossy big sister who I adore. I have female colleagues who are sometimes bossy. While their behaviour is sometime tedious, more often than not, it is entertaining. For this reason, it is easy for me to take a forgiving, pragmatic view of “bossy". Whereas, if a man were to behave as these bossy women do, I have to admit that I might call him “controlling" – and that is condemnation.

The frequent claim that “ambitious" is pejorative when applied to women, really makes me cross. The 'confirmation bias' may summon up shadowy voices deriding the earnest blue stocking, but many organisations have special mentoring programmes to encourage women to be ambitious, and most of the mothers I know are much more likely to demand a daughter sets her sights high than low. Of course, “ambitious" can be used pejoratively; for example, it can be paired with “ruthless" or “gargantuan", but then it is poised to sully men and women alike. Another word on the list is “bitchy". It is true that “bitchy" seldom refers to a (straight) male, but a comparable word (generously bandied about in Sex and the City) is “asshole". Likewise for every woman we can call an "airhead", we must remember that there is a man we can call "gormless".

All this does not mean that bias and stereotyping do not occur. They do, and the effects can be devastating, not only because they endorse and encourage bad behaviour towards others, but because of what we, via stereotypes, can do to ourselves. When women are asked to record their sex at the beginning of a quantitative test, and when they are in a minority when they take the test, or when they have just watched a commercial in which women behave like airheads, or when they have just tried on a swimsuit as opposed to a sweater, they perform less well than comparable women perform on the same test in more neutral conditions. Such cues do not affect men in the same way.

Biases persist in the culture we share, but when we disclose bias, we should not finger point. One of the most widely used ways of showing how we – all of us – harbour stereotypes is via a computer based exercise called Implicit Association Test. These exercises measure the ease with which we make associations between concepts. Sometimes the revealed biases are chilling: for example, these tests show a common time delay in associating certain racial groups with positive words such as “trust" or “intelligent." In other versions, however the associations might be based on what we know about the world. One test reveals most people associate women more strongly with family and men more strongly with careers: is this bias, or is it an efficient assumption derived from experience?

Stereotypes have a bad name, but they are a subgroup of mental schema that we need to organise and process experience efficiently. If you think you are someone who is free of bias, and who is likely to take a fresh and fair look at every individual, then you might want to take the Implicit Association Test (which you can do here); assessing your own performance in this exercise is likely to offer a sobering reminder that at least some stereotypical associations arise as the brain goes about the difficult job of interpreting humans.

Gender bias is embedded in our culture, but culture changes, sometimes for the better. Take, for example, the really interesting adjective “feisty". This word only came into common use over the past forty years, as behaviour that was once seen as inappropriate to girls and women came to be valued. “Feisty" is an antidote to “ladylike". It has arisen from a social history of constraint, and marks appreciation for the resilience and self-reliance of girls and women. It may be gendered, but it is not sexist.