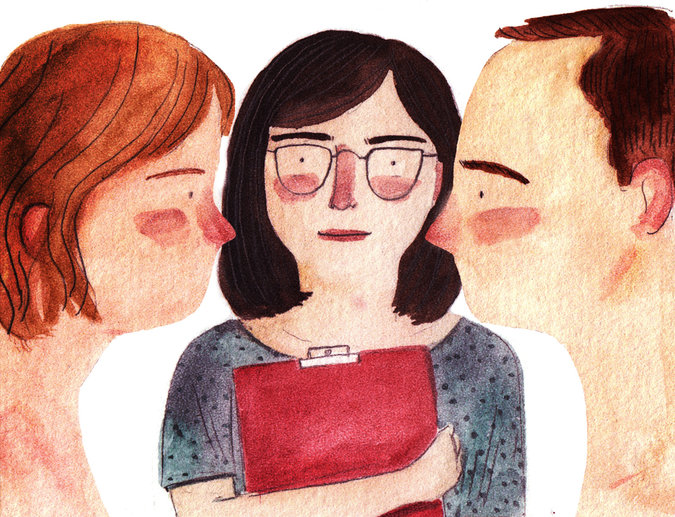 Sex in the Therapy Room

It was when I was on my training as a couples counsellor that I had the revelation – we don’t, as therapists, like to talk about sex. This came to me when, in session number four, our tutor told us we were going to focus on how important – or possibly unimportant which brings its own connotations – the sexual relationship is for a couple. As soon as she said the ‘S’ word though, I noticed we were all blushing… It was instantaneous. Even the word ‘sex’ made many of us feel uncomfortable.

Yet talking about sex is important when working with a couple. In fact, talking about sex is important when working with anyone. I have had many clients who have brought sex into the therapy. I’ve heard some pretty extreme things from coprohilia to versions of S&M. I had heard things that spanned a desire to meet dates for sex in places other than the home – public parks, back seat of the car (in daylight), even in a library – to not being able to undress unless the room is pitch black and remains that way. I have felt very honoured that I have heard such intimate things. In my opinion, it’s not easy to talk about sex at the best of times and it says something significant when these things enter the therapy room.

As a therapist, I have had to really think: what it is all about? On the one hand, it is a fertile area to explore. The actual acts that are engaged in – the need for public sex, the act of being defecated on – are potentially redolent with meaning and, in time, it is possible to tentatively and gently explore what is behind these acts. However, it is a careful path to be trod. Who is to say that someone shouldn’t enjoy these acts? I am always having to check myself – am I judging them somewhere deep inside? Am I ‘enjoying’ hearing this? Is my ego being charged in a ‘oh-look-at-me-I-must-be-brilliantly-tolerant-for-people-to-tell-me-this'? Am I getting some kind of vicarious thrill because I feel it can lead to such deep work together?

As my course tutor Dorothy Harte told us, we must not shy away from this issue when dealing with couples. “It is usually very revealing about what is occurring between the couple. Is one of them withholding sex and intimacy? Are they able to talk about sex together in the room with the support of the counsellor? It is not an area to be ignored but it is such a sensitive thing to bring in to the room. There has to be a lot of trust involved. It must be treated delicately.”

As she says, sex in the therapy room is always fascinating. And it’s not just with couples.

Adolescents often want to talk about sex in all its different forms, some good, some bad, At the moment, confusion over sexual identity and desire is very present in many teenager’s lives. Yet how many of us can, hand on heart, say we feel comfortable when a 17-year old comes in to the room and very bravely talks about their fantasies? It doesn’t even matter what they are about, it’s just not easy.

I have sat with many clients and been very touched at how much of their feelings about sex they have brought in to the room. It’s a very brave thing to do and part of my learning has been not only to think about how I am in the room with them but my own feelings about sex and my own sexual history.

In my tupical middle class family, we didn't talk about sex when I was young. I had no idea how babies were made and couldn’t conceive of my parents doing anything with each other of a physically intimate nature. My mother looked mortified when I asked about why my ‘parts’ felt tingly when I touched them (as many small girls do) .

Years later – but still naïve and young – I found a racy magazine when I was walking the dogs. It was peeking out from the underside of a wooden bridge.  I couldn’t believe my eyes, and, with all its nudity and sexual images, it took possession of me. I took it home with me so I could hide it in the garden shed and leaf through it secretly and furtively. Somehow I knew I was doing a ‘bad’ thing, yet I was utterly transfixed.

Of course my mother found it and there was hell to pay. I was paraded in front of other members of my family. It felt shameful and humiliating.

So my childhood message was:sex is a Bad Thing. It is dirty and wrong and no one with any sense of decency does it let alone enjoys it.

But sex is a very important arena in which to work with clients and I have had to really work on myself and my attitudes to sex to be able to contain what happens in the room.

For example, one client recently described some sexual acts between herself and her partner that were disturbing to her. What she brought in to the room was very distressing to her. I could see she felt many things when she revealed these things to me.

The temptation to skirt around the actual acts was huge. I could palpably feel this. In that split second we both made a choice. We could euphemistically refer to ‘the acts’ and not name anything more specifically that that. Or we (together) could go for it. It was, I realised, a chance to really look at what was going on in her sexual relationship with her partner and actually her past relationships with other men. I knew she was finding it difficult even to have said as much as she did. Yet I was humbled by that fact she had revealed any of this to me in the first place. And that she felt I could contain her.

So, given that we as therapists know this, why do some of us, in my experience, find it so hard to talk about sex?

I have asked many of my fellow counsellors how they feel about clients bringing sex in to the room and they look terrified. But we have to resist this terror. I have learned more about my clients and myself by letting sex and sexual issues emerge. It has strengthened the bond of trust in a way that work very directly and quickly. It’s as if someone opens up a very secretive part of themselves and, in turn, helps me access secretive parts of myself.

All clients are composites