The Roots of DBT: Marsha M. Linehan's Building a Life Worth Living
Find a therapist
Find a coach
Join as a practitioner
Log in/register 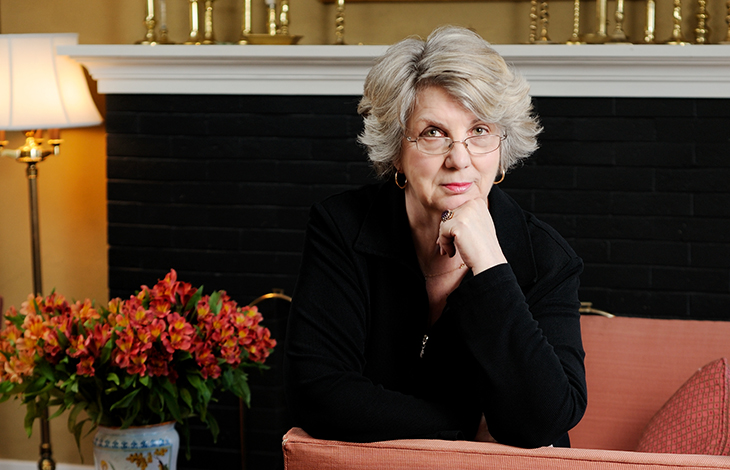 The Roots of DBT: Marsha M. Linehan's Building a Life Worth Living

This book is a heartfelt, honest, and touching account of Marsha M. Linehan’s personal life, scientific research and her life-long relationship with her Catholic faith and spirituality. Linehan is a distinguished US psychologist, who has made significant contributions to the treatment of a complex psychiatric condition called ‘personality disorders’.

As a psychotherapist, having worked with individuals with the diagnosis of borderline personality disorder (BPD), I was on a search to discover more about this condition in academic literature. What I found instead was this book, a story that I would like to remember as the years pass.

What goes on in the mind and heart of a person suffering from suicidal depression? What does a person feel in the depths of their heart as they cut themselves? How does a person find safety and shelter in the solitary confinement of a psychiatric ward at the age of 18? When a person experiences the bottomless depth of human suffering, what is it that arises within them to help them come out of it? I wanted to read this book because I wanted to discover what was it that arose from the depths of Linehan’s life during her two years in a psychiatric ward at the Institute of Living (IOL) between 1961 and 1963. Linehan recollects her experience:

“They put me in a four-walled room

But left me really out

My soul was tossed somewhere askew

My limbs tossed here about…”

Raised in a religious family, and by nature a strong-willed young woman, Linehan did not give up. She wrote letters to her psychiatrist, hoping that there might be some effective treatment for her, which did not exist at the time, and through her Catholic faith, in her heart she conversed with God. After two painful years, she made a vow to God, which she would carry with her for the rest of her life. Linehan writes:

“I made a vow to God that I would get myself out of hell and… once I did, I would go back into hell and get others out. That vow has guided and controlled most of my life since then.”

To find a way out of suicidal depression, self-harm and BPD, Linehan expresses, is a journey of walking through hell in order to emerge out of it. Although she had a tragic start to her younger years, Linehan carried with her the gift of extraordinary intellect, her faith, and her search for spirituality. Hers is a story of a scientist whose life was nurtured and supported by religion, combined with the love from her brother and her friends.

Soon after her time at the IOL, with little money to support herself, Linehan took up a day job as a typist, whilst pursuing night school, and subsequently going on to study at university and getting a PhD. So significant was that ‘skill’ of being able to type, taught to her by her dear aunt, that one can see how some of her personal experiences informed her scientific research. Today, one of the significant contributions of Linehan to personality disorder treatment is that people with this condition lack the ‘skills’ to be able to do certain things that most of us take for granted. Skills for being able to communicate effectively and mindfully to another person; skills for being able to experience joy in life; skills for bringing the contradictory forces at peace in one’s mind. Teaching people the skills that they can use to ‘live a life worth living’ has been one of the gifts of Linehan to some of the most disturbed people in mental health.

During decades of research in her pursuit of developing a scientifically validated treatment for highly suicidal people, Linehan was a woman surrounded predominantly by male colleagues at research institutions. But what is inspiring is her ability to stay connected to her heart – her desire to bring people out of hell – and to her strong-willed nature. Linehan’s colleague recalls that time, as follows:

“She was a woman, relatively new, she was ambitious… Male faculty were very critical of her, didn’t recommend you work with her, and weren’t impressed if you were working with her. It didn’t seem to bother Marsha. She expected to have to fight her way, and she did.”

In mainstream schools of psychotherapy, although we learn scientific approaches such as attachment theory – and more recently, the systematic contributions of Bessel van der Kolk in understanding the relationship between the brain, body and trauma – the emphasis is on psychotherapy as an art, a human relationship, on our presence for the individual in front of us. Linehan brings with her theories and her life experiences, the ability to combine science and evidence-based psychotherapy treatment with the spirituality of mindfulness, and the ability to maintain a human relationship with her clients. She writes:

“Most of the clients had experienced intense suffering. They had tragic stories… When I heard and saw them, I felt with them. In a small but meaningful way, I went through what they were describing as they described it.”

In 1993, before Linehan’s book on dialectical behaviour therapy (DBT) was published, data from independent clinical trials had confirmed at last that the DBT treatment she had developed was effective in treating highly suicidal individuals and the borderline personality disorder.

Linehan was also the first researcher to formally incorporate mindfulness in the field of psychotherapy. On June 18, 2011, after fifty years of holding her sensitive and deeply personal story to herself, Linehan went onto share it with her patients, colleagues, family and friends at the Institute of Living, the place where it all started.

There are some books that we read in our lifetime where there is an authentic meeting of two individuals, the author and the reader, at an intellectual, human and spiritual level. This book has been precisely that for me.

Marsha M. Linehan Building a Life Worth Living: A Memoir:

What is dialectical behaviour therapy?

My experience of therapy with borderline personality disorder