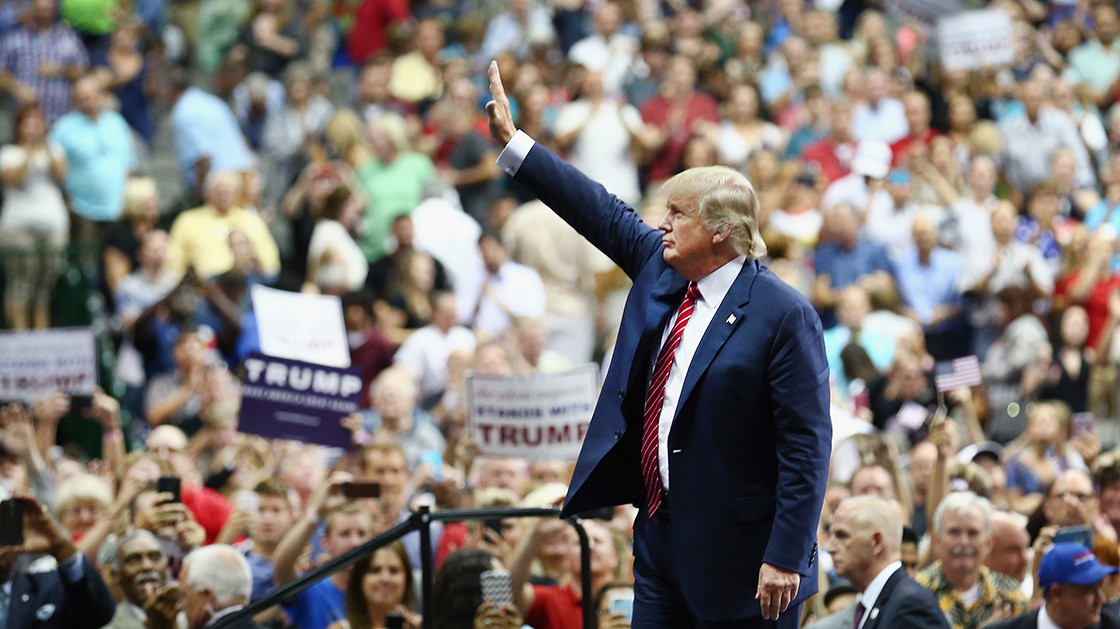 The Psychology of Donald Trump's Election

Donald Trump has defeated Hillary Clinton to become President of the United States. Waking up to this news has left much of the world in shock. Our fears are for gender equality, the rights of minorities, the protection of the environment; in international relations, where his election might affect the UK, his ideas appear to be purely transactional, with no interest in values. How does a man who embodies many threatening character traits, come to be voted into the most powerful position in the world?

How can we understand the psychology of Donald Trump? And, perhaps more interestingly, the psychology of his voters? What does Trump embody that brings us all personally back to our worst experiences with our worst exes, abusive strangers, neglectful parents, most tormenting bullies? As one of our welldoing.org therapists Aaron Balick says "We often look to systems of government as psychological parental figures - and one's relationship to those in power awaken primordial expectations that are based on our experiences of being children, " adding that he believes Trump's election is "a great challenge to feeling secure in our world.”

The "Goldwater rule" discourages psychiatrists from making any formal diagnosis of the mental state of a presidential candidate. But this didn’t stop the conversation. This candidate, his supporters and the election overall has sparked psychological interest and debate perhaps more fervent than any preceding it.

Professor of psychology, Ryan A Sherman conducted a study of Trump’s personality from afar. On Trump’s ‘Bright Side’ (when on his best behaviour), Sherman deems Trump to be highly adjusted – not at all nervous or anxious –, highly ambitious, direct and as someone who disregards the rules. On Trump’s ‘Dark Side’ (when he lets his guard down), Sherman suggests Trump is entitled, with grandiose ideas – making him difficult to work with as he feels entitled to special treatment and tends to ignore or intimidate critics. He is impulsive, doesn’t care about pleasing others and is self-promoting.

Psychological scientists break down human personality into the Big Five, which psychologist Dan P. McAdams outlines in his piece The Mind of Donald Trump, as being:

Across his lifetime, explains McAdams, Trump has exhibited sky-high levels of extroversion, coupled with uncommonly low levels of agreeableness, arguably the most highly valued human personality trait. It’s the one that encourages us to be caring, considerate and kind.

In a way that US politicians have avoided doing before him, Trump exposes himself for all to see, aggressively and unapologetically. Sherman and McAdams simply summarise the man who has inundated our screens for the last year, repeatedly revealing these traits to the world at large. As New Yorker editor David Remnick wrote "Trump is a hollow man whose countless statements and behavior reflect a human being of dismal qualities—greedy, mendacious, and bigoted. His level of egotism is rarely exhibited outside of a clinical environment."

So who are the people who are willing to overlook traits and behaviours such as these and cast their vote for Trump? Ryan Sherman also wrote on the psychology of Trump supporters,  creating a ‘Trump Values Similarity Test’,  to ascertain which values Trump supporters are most likely to hold. More than 2,000 people responded, first answering how they felt about Trump on a scale of 1-5, 1 being Strongly Against Trump, 5 being Strongly For Trump, and were shown 30 statements to respond to about themselves personally, on a scale of 1-4 (Highly inaccurate – Highly accurate).

Trump supporters were more likely to believe, amongst other things, that winning is key, that the poor don’t work hard enough, that high-risk high-reward investments are exciting, and that they aren’t really interested in how things work. Conversely, they are less likely to endorse values such as happiness being more important than money, that building relationships is more important than building profit, that raising the minimum wage is a good idea, and that science is the best way to reach the truth. Based on Sherman’s survey, it seems shared values could indeed be the biggest factor in how Trump gained and kept his supporters, eventually leading him to a win.

A second theory, also explained on Psychology Today by cognitive neuroscientist Bobby Azarian, is that throughout this election we have been witnessing the Dunning-Kruger effect in action. This relies on Trump supporters simply ‘taking his word for it’ – on whatever issue is raised. When the Dunning-Kruger effect has taken hold, expert opinions that offer oppositional, even logical, views fall on deaf ears. People in this situation are not just misinformed, they are unaware of it. Cognitive bias, which leads us to leap on information that supports our views, and ignore that which undermines it, inhibits people from accepting their own lack of expertise. This could explain why Trump’s supporters seemed to follow him so loyally until the end.

An interesting third theory lies in the scientifically proven fact that the brains of those who are politically conservative are highly sensitive to threat. A 2008 study showed that the conservative’s brain has much stronger reactions to graphic images and startling noises. Another study showed that those who are conservatively-minded have a larger amygdala, the area of the brain that is associated with fear and anxiety. So while the liberals of the world watched on horrified as Trump outlined racist, sexist and islamophobic policies and values, alarm bells in the minds of his conservative supporters were ringing off the hook, causing high levels of anxiety and fear and pushing them passionately towards safety – which they perceived to reside in Donald Trump.

It was probably all three above theories in play, as well as countless other political, social and economic reasons. Even Trump has at times seemed shocked by the loyalty of his supporters: "I could stand in the middle of Fifth Avenue and shoot somebody, and I wouldn't lose any voters, OK? It's, like, incredible."

For those, in the US and the world over, who didn’t support Trump, today’s news will have bought up a multitude of feelings, most of them intensely deep-rooted and distressing. Welldoing.org therapist Aaron Balick comments: “I believe that despite ourselves, we often look to systems of government as psychological parental figures - and one's relationship to those in power awaken primordial expectations that are based on our experiences of being children by either containing or uncontaining parents - provoking a variety of experiences around one's trust in the world. Brexit followed by Trump has tipped many of us into a feeling that we are no longer contained, and that this lack of containment feels global, not just personal. This election result is a great challenge to feeling secure in our world.”

Sally Brown, also a member of the welldoing.org directory, is worried that Trump will continue to generate the ‘hate, suspicion, paranoia and fear’ that led his campaign: “If so, it's hard to see how our collective wellbeing can remain unaffected, not least because exposure to negative news coverage has been shown to increase anxiety. One of my personal sources of optimism is the sense that as a society, we are becoming more innately compassionate. Now my fear is that the hate and divisiveness that Trump generates will crush this development. But my chief personal concern is whether this dangerous narcissist's demeaning attitude to women will filter through to the corporate world, and we will see a step back in the fight for equality in the workplace that will impact on future generations, including my teenage daughter.'

Sarah-Jane Johnson, also on welldoing.org, shares Sally’s fears: “Today women all over the world will have seen their fears come true. Let’s pick ourselves up, dust ourselves down, unite and stand strong against sexism, racism, misogyny and the spectrum of abuse. Don’t be scared. Together we have a voice and together we will support each other and be heard."

Therapist Adrian Wilson-Smith believes that therapists should be wary of bringing politics into the practice room, whether intentionally or not:"The lessons from Brexit and the US Election are that the establishment won't or can't listen to a sizeable proportion of people who feel marginalised. Are we, as therapists, part of the liberal establishment or seen by clients in this way? Opinion polls have now got both Brexit and the US election wrong because people feel scared to admit they support a right of centre party, and tell pollsters what they want to hear. Do they do this with us too? We need to make sure we are listening to our clients (something we all learn and commit to doing in training) rather than assuming that as they are our clients they share similar views on Europe, hate crimes, misogyny, climate change, immigration, globalisation, etc. When establishments in government become out of touch with the people, they are in electoral trouble. We too are in trouble as therapists if we start labelling clients as misguided for the way they vote."