PLAYBACK: Short Films about Mental Health and Identity
Find a therapist
Find a coach
Join as a practitioner
Log in/register 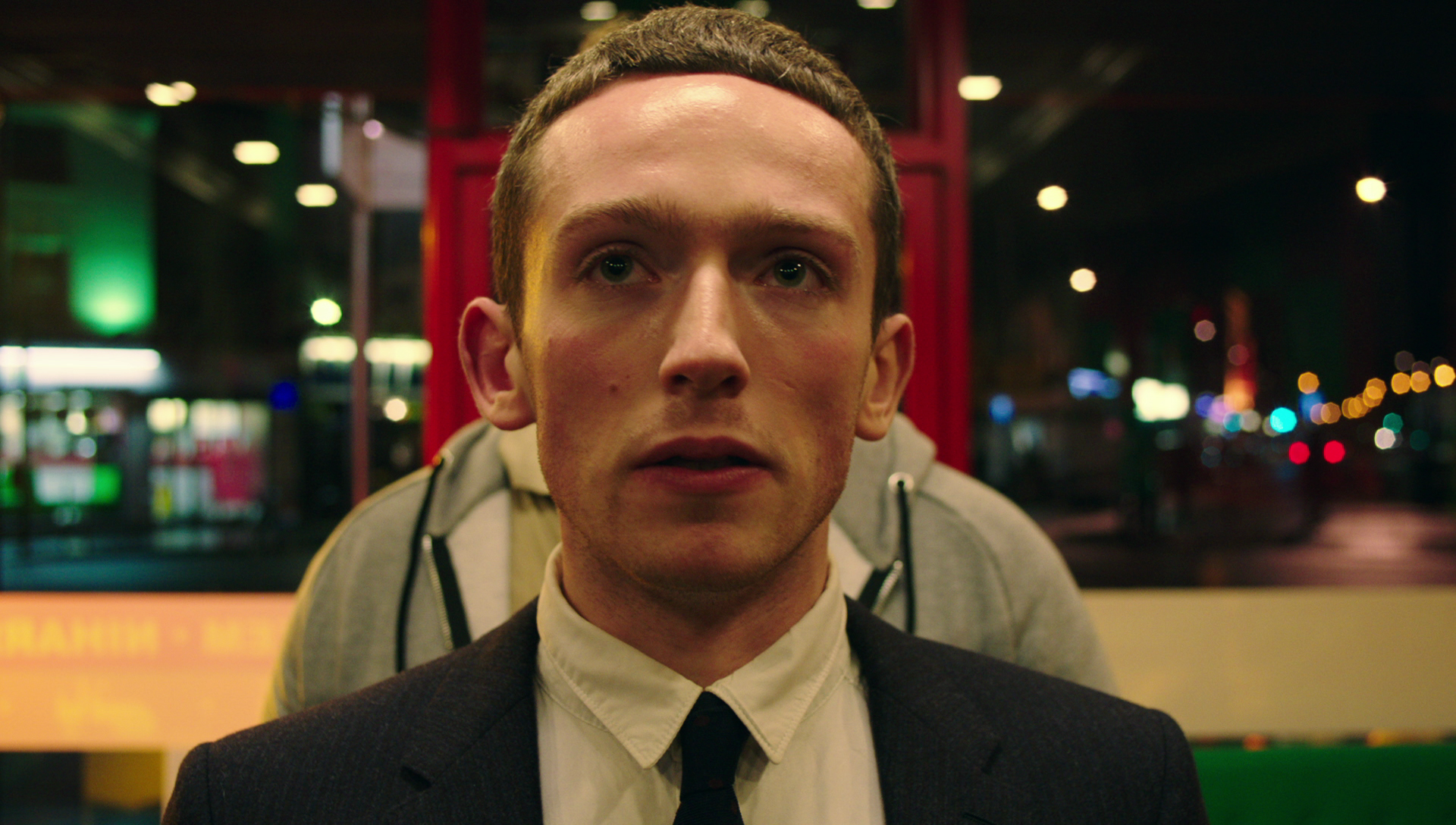 Playback is a touring exhibition of short films made by 16-24 year olds; the topics covered include mental health, autism, self-image and identity.

Corinne Orton, the touring programme manager for Channel 4's Random Acts, which has supported the exhibition says: "We are not surprised to see many of the films explore themes of mental health. These films represent the often brushed-off reality of the difficulties of being a young adult today. Examples of these powerful works include a short that uses a hazy, flickering film reel to explore unshakeable feelings of being lost in the world, and a dynamic dance performance that expresses the overwhelming noise created by the constant presence of technology in our lives. These young artists are igniting a conversation in unique ways using their artistic and experimental dexterity. They are changing the course of mental health awareness at the same time as changing the course of filmmaking in the UK."

Here a selection of the filmmakers share their story.

The concept for Noise came from my own feelings of frustration with the increasing emphasis on the use of technology and social media in almost every aspect of life. There is so much pressure to keep up to date, consume information and engage 24/7 that it is easy to feel mentally exhausted, over-stimulated and overwhelmed. At the same time, many people also express a fear of exposing too much of themselves online and feel the need to create a controlled and false image so as not to show vulnerability or what they believe to be negative aspects of their personalities.

Feelings of sensory overload and not being able to switch off can be particularly challenging for those of a more introverted nature and I have often felt stressed and drained when faced with conflicting feelings of wanting to participate and put myself and my work out there, while also worrying about how I will come across to others and fighting my innate desire to hide away and live a relatively technology and social media free life. The noise that this constant connectivity creates in our lives can be anxiety inducing and I wanted to explore and challenge the role that technology plays, how we can take back control, find balance and give ourselves room to breathe.

Making Daily Cycle was such an important milestone in my art practice, when I found out about the Random Act film opportunity I was living in a hostel whilst studying at college, eating “one can” donations of food, at rock bottom. I came to the realisation, or rather accepted the fact, I had always suffered from an eating disorder be this bulimia, being an undereater, overeater, an everything eater.

I had tried every diet, and over-exercised until I couldn’t feel my legs. I started going to OA (Overeaters Anonymous) group meetings where I could listen to others' stories and I realised I wasn’t alone. Men were almost non existent at these meetings, but I knew so many men who were suffering from this issue, so I decided that the use of a male character in the film was really important.

I could no longer make art about anything but mental health and food, as it was a daily vicious cycle that I felt trapped in, and I was trying to understand what it meant to have an eating disorder myself.

Daily Cycle depicts a man's struggle with his eating disorder, I have deliberately used an arguably 'normal' looking male - not under or overweight - as many who aren’t familiar with eating disorders commonly believe the misconception that you must look a certain way to have an eating disorder. I wanted to show the struggle of the mind, the invisible disease in action.

The silent epidemic of the 21st century; the fear and nightmare of many and the unknown to others. Anxiety: it's becoming more and more common, especially in young people.

At first, when I had it, I didn’t know what was going on. I had never had a single sign of anxiety before. Two years ago it came to me, I thought I was going crazy, couldn’t control myself, I was paranoid about my body’s uncontrollable reactions and fearing things that weren’t real. I wanted it to go away so badly that I couldn’t focus my attention on anything else. Later on, I learned that you need to learn how to live with it, use it in your favour and learn from it.

I always try to get the positive side from every bad situation, and “Tragar” is an example of this. I wanted to make something out of my experience and this film was a great opportunity to speak out about anxiety. I wanted to show that our body is like a machine with instructions that are set up to work perfectly but it can crash without a reason. That’s how I feel; I know it won’t kill me, that I will be fine and that it will disappear soon but it is a very frustrating and agonizing moment to experience. After immersing myself in this project I have become more open myself about this topic and I always try to raise awareness. People need to know that they are not alone. People should see it as any other physical problem that needs time to recover. One of the most important things for me is to think that life is a balance, you can’t be always good or bad. You need to experience both sides and when you are fine, do make the most of it.

Oblivion is an animation that delves into the first person experience of a mental health sufferer. I wanted to recreate a surreal landscape of the mind and emphasise the paranoia and seclusion of the individual and how each stage leaves the sufferer more and more lost in their thoughts. The first stage is the judgement and paranoia created by people around you, or perhaps just the fear of judgement. Those times you’ve failed, or someone has said something hurtful and the general anxiety of what you may feel people think about you. Then there is paranoia of being alone or unseen - no one cares enough to reach out. A strange faceless character appears: this represents the illness always controlling your thoughts and coming back and forth when you least expect it. Finally the snowy landscape represents the complete and utter coldness of your mind loosing itself: you no longer care and can’t see any way out, blinded the eternal nothingness. Finally the silhouette of something familiar cuts through and just by that one significant otherness you begin to find your way out.

When I made the film I had never previously experienced mental illness myself but I was close enough to watch it develop in someone else. This was my interpretation of how they experienced it and what I’ve witnessed. Recently I experienced a bereavement and the piece resonates more with my grief process. I feel like it’s left open enough to help the viewer relate to perhaps a significantly low point in their own life while also signifying the impact of having to deal with mental health difficulties everyday, which is the case for some people.

It was important for me to leave this piece on a happier note, without being patronising. I wanted it to end so that if someone watches this and is presently going through something similar, then I hope it will make them feel as if they’re not alone.

This film centres around my issues with my nose. This insecurity has quietly haunted me ever since turning double digits, but it came to a head when my father and I were no longer speaking. Facially, I bear a strong resemblance to him and have been told this throughout my life so, when ties were abruptly cut between us, any reminder of him was difficult. I obsessed about my nose from every angle, and how it wasn’t dainty, with a straight bridge (the way I perceived other women's to be). I felt like it was a man's nose, and that if I could swap mine for a petite, 'Western nose', I would suddenly be beautiful.

When you become consumed by an insecurity like this in yourself, it often becomes the only thing you really focus on. It gets to the point where you’re no longer exclusively embarrassed about the insecurity, but you’re equally embarrassed by your obsession with it. I, half-jokingly, explained to my partner how I wanted to pinpoint when the bump on my nose bridge first appeared, by collecting every photograph of myself from birth until today and cropping them to just the nose. This was the original film premise, but it quickly developed further in production. I found myself wanting to show an audience more than just my nose's evolution. I wanted to appreciate that we aren't born with these insecurities; that they can form over a long period of time and how even seemingly tiny, insignificant comments can play into our self-perception. The film became a story running deeper than a bump on my bridge; it became about my own sense of self and demonstrated the harmful consequences of repressed feelings.