My Father, the Alcoholic: the Impact of Addiction on Childhood
Find a therapist
Find a coach
Join as a practitioner
Log in/register 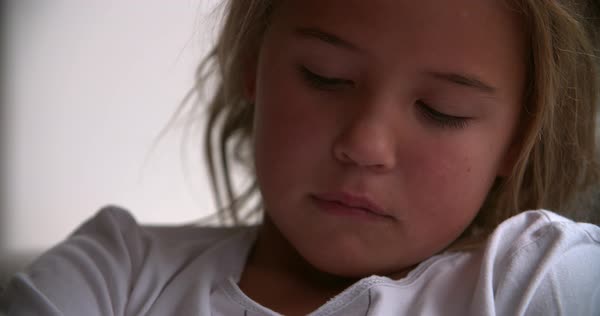 My Father, the Alcoholic: the Impact of Addiction on Childhood

As a child, I didn’t know my father was an alcoholic. Like most families, the true nature of what was going on was hidden. So, although I had an idyllic time on the surface camping in the woods and swimming in the river, there was always a menacing undercurrent of something far more disturbing. I look back on it now and recognise the signs; my father’s mood swings, his erratic behaviour. Often he’d turn up to school and take me on a trip. Other times he’d just fail to show up and I’d be left on my own, panicked.

This is my story. I didn’t choose it and I didn’t want it but it is how it is and now, aged 50, I finally feel it is time to be honest about the effects of growing up with an alcoholic. The feelings I had as a child, whereby I felt my father’s behaviour was somehow my fault, have taken years of therapy to assimilate and understand. My desperate need to find out ‘why-am-I-like-this’ has lead me deep in to the world of therapy, so much so that I am now a qualified counsellor.

Through my work as an integrative practitioner, I have worked with many clients who grew up as children of an addict. Just as I have, they feel responsible for their parent’s addiction. With this comes terrible guilt and see-sawing emotions. I would ask myself why my father put the bottle ahead of me? Didn’t he love me enough to stop? On some level I felt unloveable. I started drinking myself to numb the pain. I sank in to a chaotic life, one so well-established in me from a young age.

I was saved by many things, one of which was by being brave and entering in to therapy.  And so my job in my practice is to listen and support but also to help children of addiction at whatever age to go in to deep, dark and difficult places. Loving an addict is tricky as it is, having one as a parent sinks you in to a whirlpool of conflicting feelings of love, loyalty and, ultimately, guilt. The self-destruct button on yourself is easy to push.

Addiction in the family can be a silent destroyer. It creeps up like an insidious slow evil disease that no one wants to talk about. There is a lot of shame around addiction; the shame of the addict (who doesn’t probably wish to be beholden to the bottle and watch the pain and fear around them). The shame of the partner who feels helpless to do anything and powerless to change it. There are the facilitators, the people for whom the addict’s alcoholism plays a useful role.

But, in the centre of it, are the children who didn’t chose to be in this game, children for whom daily life becomes a place of fear, terror, and great uncertainty. I loved my father deeply. He could be warm, funny, clever, vibrant and he told fabulous stories. I was desperate for him to love me and when he showered me with attention it was as if a golden glow rose up inside me.

So I didn’t understand, when I was young, how this wonderful man could turn so mean, nasty, attacking and callous, seemingly uncaring of the wounding words he flung at me.

I would come home with this horrible knot in the pit of my stomach – how would my father be today? Would he be mawkish, crying, sorry-for-himself and needy? Or would he be on a high, inventing things in the shed, writing a best selling novel, booking crazily expensive trips to far flung places? The worst was when he was in the black mood. He’d be angry, self-hating, railing at himself and me and the world all at the same time.

As the years went on, he began to deteriorate. His body packed up, his spirit went, the crazed plans diminished. He got thin, his physical body failed him and, when I was older and still living with him, I spent many evenings feeding him the same mashed up food I was feeding my first born. I tried everything I could to help him, to save him. I spent years caring for him, rescuing him, carting him off to drying up clinics, sitting with him in ambulances as he took endless trips to A&E because he’d dropped lit cigarettes on his flammable armchair.

The day he died almost 16 years ago felt like a relief. It sounds a horrible thing to admit to, but it felt like I had been given my freedom back.

Yet his legacy, the emotional legacy, lived on inside me inhabiting my body, right down in to my bone marrow, that terrible knot has never gone away. It has taken me years to come to terms with it, live with it, monitor it and, in some ways, try to soften it through kindness and understanding.

Therapy has helped me understand this pain and to recognise patterns of behaviour. This is what therapy – good therapy – does. It recognises and accepts the level of hurt and pain. I had to grow a hard, capable shell. That shell has served me well in many ways but I had to delve underneath that to the hurt, wounded frightened little creature beneath it in order to try and become more ‘whole’.

It is not an easy journey. I feel my story and in fact the defining story of my family has been one of my father’s alcoholism. In many ways, it defines me. Part of my challenge – and that of my family – is to move away from it. My father died nearly two decades ago. It is time to move on.