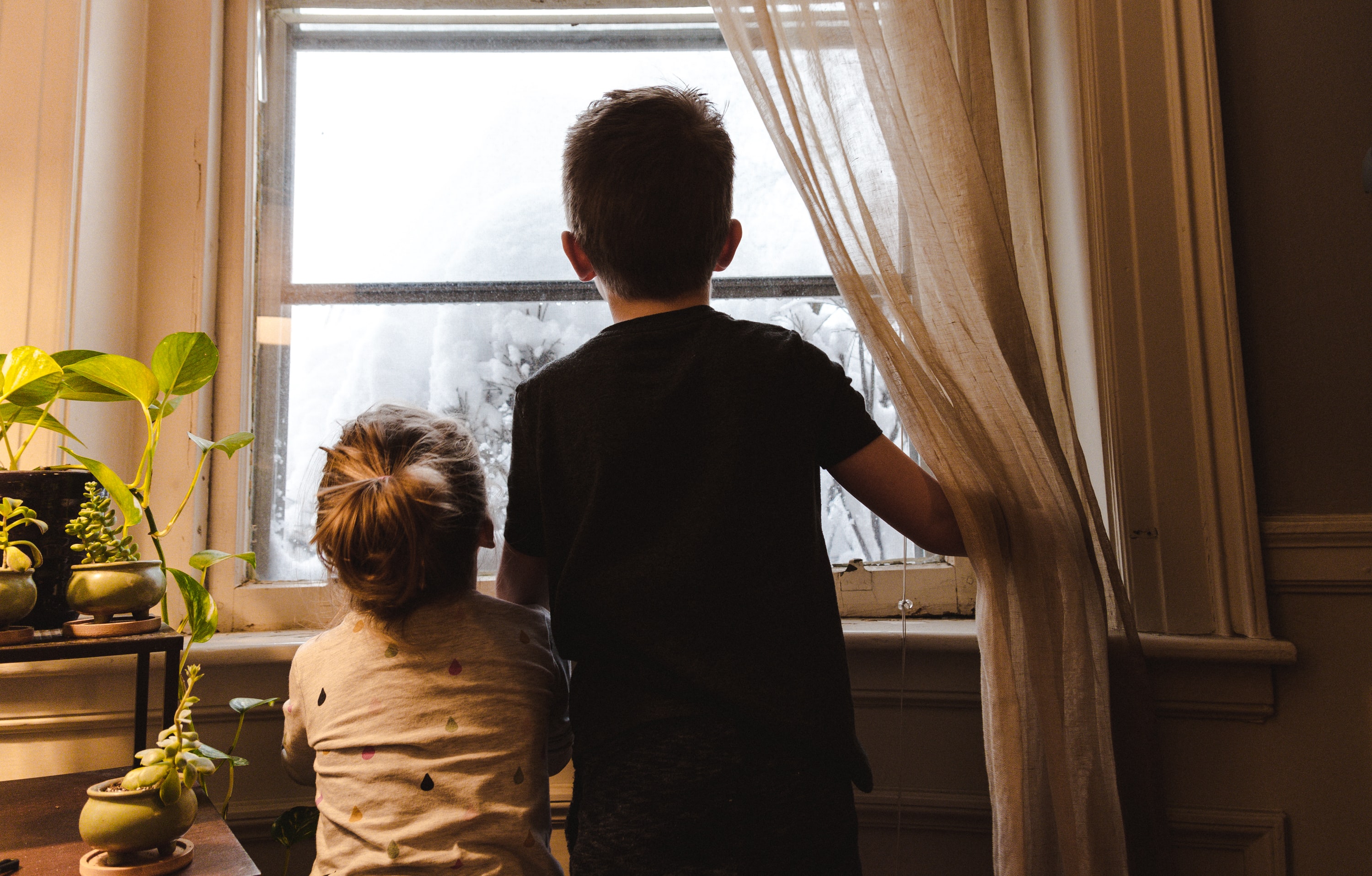 My Brother's OCD Shadowed My Adolescence

Forty years ago when I was a young teen, my older brother was diagnosed with obsessive compulsive disorder (OCD). Back then, the term OCD was completely unfamiliar to us as a family – it certainly wasn’t the throwaway comment that people bandy now about someone who pays attention to detail or who is particular about something. Today’s misusage of the word is flip, careless and – if we think about it more carefully – deeply offensive to people who have experienced the pain of this clinical illness.

As we become more aware of how our language affects others, or negates marginalised groups’ collective and individual experiences of the world, I’d like to reflect here on the impact that this illness had on my sibling and on me as a young person forced to confront a serious life experience. And how, every time someone glibly borrows a term they have no right to use as a way of emphasis, they actually diminish the suffering such an illness causes. Your punchline is someone else’s daily reality – and that is no joke.

My brother's OCD and our family experience

I don’t remember how my brother became ill. He was a lot older than me, 30, and settled in a steady if undemanding job. I was busy being 14 which meant my world revolved around school, sharing secrets with my best friend and New Romantic music and fashion. I was secure and happy, but one day I came home from school and found my parents and David shut in his bedroom. I could hear the frightening unfamiliar crying of a man from behind the door and wondered who this could be. When they all emerged a few minutes later I realised the crying man was my brother.

He looked the same yet to me he changed that day. My parents didn’t say much to me in explanation but I caught the drift that something trivial had happened at work with him and he’d overreacted and walked out, later going to the pub for the afternoon where he’d got staggeringly drunk and fallen down on his way back home. He’d a cut above his eye, his usually neat suit was muddy where he’d hit the pavement. My brother, who enjoyed a sartorial reputation as a ‘tailor’s dummy’ as our father jokingly put it, looked like a shabby drunk, a crying mess of self-pity. And suddenly I loathed him for it.

My parents panicked. I don’t judge them for it. They were a different generation, people who’d gone through the war, my father a frontline soldier at Al Alamein and Tobruk where he was one of only two survivors from his unit. They had a different measure for tragedy and for pity. Empathy hadn’t been invented then – if you survived getting shot or blown up and kept all your limbs and senses, then you were doing alright. By that standard, David was alright. Good job, plenty of spending money for a Saturday night, nice home to come back to of an evening. What could possibly be wrong?

David refused to return to work. The drinking binges became a regular thing. He began to frequent a quiet pub nearby but only in the afternoons, taking his premature place amongst old men without wives who used the pub for its fireplace and forgetfulness – the libation of golden whiskies bought inner warmth too until the three o’clock bell cast them out back into the coldness of their respective worlds.

And as I returned from school, so David came home too, smelling of cigarettes and spilt beer with the sweat of unshorn face added to a strange pub pallor. I felt sick if he came near me, particularly when the maudlin voice began repeating the same words, ‘Leave me alone, leave me alone. Why won’t they leave me alone?’ So I moved away but he’d call me back saying he hadn’t meant me to go but ‘the pictures’.

‘The ones in my head. Why won’t they just go away?’

Afraid that he was losing his mind, David had refused to visit the doctor and tell him what was wrong ‘in case they put me away.’ So he had been self-medicating with whisky in his daily pub visits to anaesthetise the intrusive images which were playing over and over in his mind, sometimes accompanied by frightening thoughts of harming others or himself. As he described his torment to us, I think we genuinely believed he was ‘going mad’ because we had no experience or knowledge of what this disturbing phenomena was. Finally, David accepted our father’s offer to accompany him to the doctor to find out what was going on.

The GP diagnosed a variant of OCD in which the sufferer experiences intense ruminations or thoughts which cause distress. David said it felt like being locked into a replayed loop of film, paused on one upsetting image, with no room for any other thoughts. Referred to community psychiatric services, he was put on anti-depressants and a weekly meeting with a clinical psychologist who taught him relaxation exercises and ways to manage the condition. He was also told that many people simply wake up one day with the symptoms gone as mysteriously as they had arrived.

David’s recovery took two years. It might have been shorter only we suffered the unexpected death of our father which was a huge setback. But David returned to work after six months of treatment. He stopped drinking too, luckily before that in itself was likely to become a problem, and gradually learned healthier ways of dealing with his stress before it became too hard.

This was back in 1980 and both treatment and understanding of OCD have improved greatly since. Today, a client will be offered cognitive behavioural therapy (CBT) to learn ways of coping and managing the condition. SSRI medication is also a lot better than the ‘chemical coshes’ of the 1980s with fewer distressing side effects. Most of all, we are gradually becoming a more open, understanding society as people educate themselves on mental health issues and figures such as David Beckham are open about their struggles with the condition.

David’s OCD shadowed my adolescence. It scared me, yet sometimes it was intensely amusing, as David learned to laugh at himself checking locked doors ten times before leaving home and I felt able to join in with the amusement. I think in its way, this early exposure to mental illness made me curious about mental health and wellbeing generally and although it would be another three decades before I trained as a counsellor, I recall being impressed by the quiet dedication and skill that his therapists had shown and I wanted to do the same for others.

Rachel Farhi is a verified welldoing.org therapist in Blackheath, London and online

OCD: a relapse won't take you back to square one