Life, Death and Everything in Between: Favourite Medical Novels
Find a therapist
Find a coach
Join as a practitioner
Log in/register 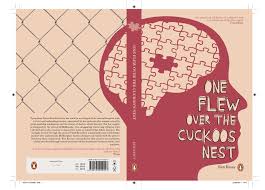 Life, Death and Everything in Between: Favourite Medical Novels

​Ahead of the shortlist announcement, the Wellcome Book Prize judges have selected their all-time favourite works of fiction in the field of medicine. From masterpieces such as One Flew Over the Cuckoo’s Nest and Doctor Faustus, to recent classics such as The Curious Incident of the Dog in the Night-time and To Rise Again at a Decent Hour, it’s a breadth of personal recommendations to suit any reader.

The Farewell Symphony Edmund White. This semi-autobiographical novel follows "A Boy's Own Story" and "The Beautiful Room is Empty" and charts first-hand the devastating advent of AIDS.

Owls Do Cry by Janet Frame describes a poor family in New Zealand unmade then remade by a daughter’s struggle with mental illness. Guaranteed to make you bawl.

Family Matters by Rohinton Mistry - Nariman Vakeel is a seventy-nine-year-old Parsi widower beset by Parkinson's disease and haunted by memories of the past… A brilliant novel from our finest living writers.

Joshua Ferris’s Man Booker-shortlisted To Rise Again at a Decent Hour is one of my favourite books of recent times. It gets rather bogged down at times in theology. But in dentist and atheist Paul O’Rourke, who finds himself being impersonated online, Ferris has created one of the funniest narrators in recent literary history.

Doctor Faustus by Thomas Mann - A superb novel about music and fascism: Mann was always fascinated by the relationships between illness and art.

Keats’ fragment of verse, written when his tuberculosis was far advanced, ‘This living hand, now warm and capable/ Of earnest grasping, would, if it were cold…’

The Optimist’s Daughter by Eudora Welty - I’m cheating slightly – but it does begin with an eye operation, and then bereavement. Marvellously funny and sad.

The Gambler by Fyodor Dostoyevsky