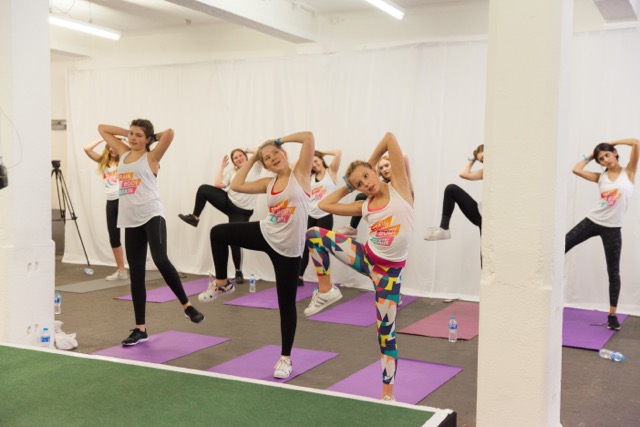 How Train Body Brain Helps Girls Feel Better About Themselves

When Wendy MacLennan read that 37% of 14-year olds feel worthless and unable to concentrate she knew she had to do something about it. Her own teen years had been blighted by depression, and she worried for her teenage daughter and son. She also knew that 75% of mental health problems start in adolescence.

“That’s pretty much why I developed the Train Body Brain method, a one-hour fitness class for teens to nourish body, brain and spirit.” The class combines high intensity interval training (HIIT) with positive affirmations, starting and ending with a deeply relaxing and grounding mindful meditation.

“My vision is to empower all teens, particularly those who have been turned off sport in school, to manage their own physical, mental and spiritual fitness both now and in the future,” she told us.

MacLennan believes that sport in schools too often caters for those already engaged and proficient in sport - leaving the majority of young people alienated and believing themselves to be “non sporty”. TBB offers an alternative - giving young people of all fitness levels the practical tools for mental, physical and spiritual resilience.

At the moment, Train Body Brain has been taken up by some of London’s most academically successful private girls schools, such as St Pauls and South Hampstead Girls School, but MacLennan aims to get it into schools through the UK, including inner London state schools, by 2020.

“My intention is that Train Body Brain starts a teen mental health revolution, enabling teenagers to rewrite their own mental health statistics. The HIIT releases serotonin in their bodies, and  added to  that are the calming effects of the meditation.  A recent US University study found that symptoms of depression in students were reduced by 40% ,after just two months of combining aerobic exercise with meditation into the same session. And that’s just the sort of effect we are seeing in girls who are doing the sessions at their schools.”

Here are some comments from participants following a recent class: ”It was the most positive sports experience I've ever had - none of us could stop smiling!” “I felt properly exercised but also better mentally.” "I forgot all about my work and worries!”

Julie Lynn Evans is an adolescent psychotherapist who has seen many teen girls who are suffering from stress and anxiety. “I have had free resources to offer, but with its HIIT cardio work, mindful meditation, sense of fun and positive social interaction I thought TBB was the best thing I can suggest for the overwhelmed teens agers of today.”