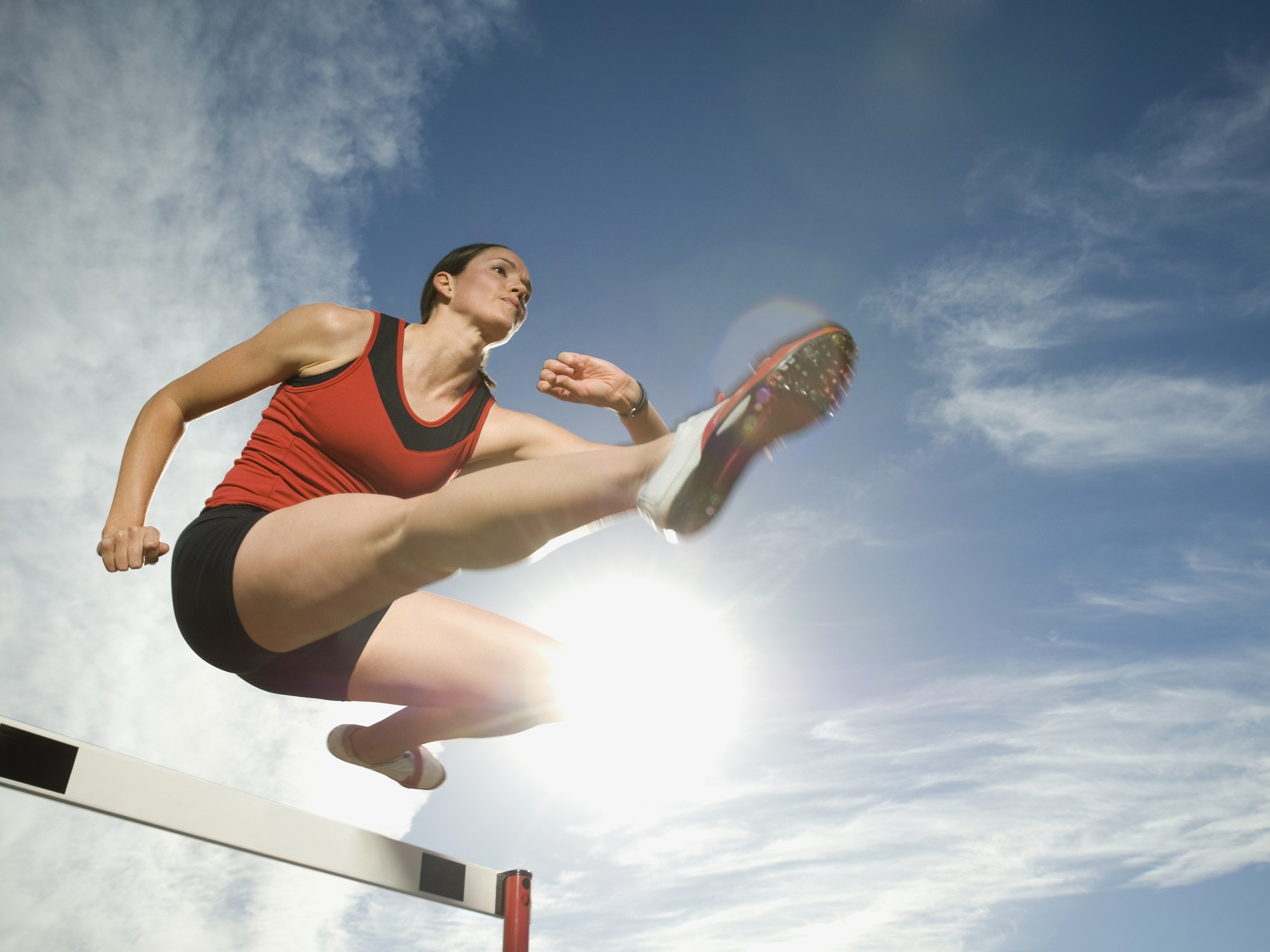 How Sport Can Change Women's Lives

How many times have I asked for a pay rise? Once. And I nearly cried. How many times have I asked for a promotion? Never. That’s the problem with so many women in the workplace, we think careers are like a 1940s tea dance. Nice girls wait to be asked. But after fifteen years of work, I’m finally realising that men do things differently. Or so I hear. There’s X who demanded to be promoted to chief whatsit, or Y who refused to take the job unless he was paid £10K more than it was advertised for. Why aren’t I more like them?

According to one study, sport has everything to do with it. In 2013 multinational firm EY found that women with sports backgrounds were more likely to reach the top. From Hillary Clinton (college basketball), head of the International Monetary Fund Christine Lagarde (France national synchronized swimming team), Condoleezza Rice (figure skating and tennis), to Brazilian president Dilma Rousseff (volleyball) and CEO of Pepsi Indra Nooyi (cricket).

My favourite example of all time, however, has to be Twitter board member Marjorie Scardino, an ex-rodeo rider.

So what does sport give women that they wouldn’t otherwise have? Of course it teaches you how to win, how to lose and how to work in a team. But according to the EY report, the most important thing sport teaches you is how to bounce back from rejection, failure and all other manner of major or minor setbacks. That’s both liberating and empowering.

Michelle Moore is one of those people who have benefited from sport. A former athlete who competed at county level in her youth, now in her forties she still displays all the traits of a sportswoman’s drive. ‘Sport brought out my natural leadership abilities. In my career I’ve fast forwarded through every level, at every stage. I want to win. I want to be the best.’ At thirty-two Michelle was assistant head teacher in a secondary school, rising to become one of a very few black women in a senior position with local authority management, and is now an expert on diversity in sport. Michelle is adamant that a youth spent on the athletics track prepared her for a successful path in the workplace. ‘You come to see yourself almost from the outside. I think it’s a result of constantly measuring yourself against external barometers.’

It’s so rare to hear women speak openly and unashamedly about wanting to be the best at work. Despite all our societal demands for a more productive workforce and economy, being competitive is still a taboo for women – as though, somehow, it’s all a bit bitchy and unseemly if you want to get ahead. But shouldn’t ambition, or getting things done, be lauded?

You don’t have to have played sport at a high level for the EY effect to have an impact. Mumsnet CEO Justine Roberts was sports-mad as a kid. She enjoyed a spell as a sports journalist writing for national newspapers before deciding to carve out a more family- friendly career and set up Mumsnet. The forum is now the biggest discussion site for parents in the UK. The Mumsnet working pattern is exemplary in its design and means that parents can easily be employed across flexible hours. So far, so unsporty. Four children later, and Justine says her interest in sport has massively influenced her career. ‘It’s helped me hugely,’ she says now, ‘it’s helped in male-dominated environments – it’s a great icebreaker talking about sport because you’re never stuck for anything to say – but it’s also exposed me to how to deal with competition, and how to work in a team. Being in a leadership role, it’s no good having one or two high-flyers going off and being brilliant, you need to pull the team along together and that’s a very sporting scenario.’

Out in the real world, though, how many women are there like Michelle or Justine? Hardly any of my schoolfriends played sport at a serious level. Of the ones who did, most had quit by the time puberty hit. And thirty years on, with PE so low on the list of priorities for schoolchildren, particularly girls, that pattern is not likely to change anytime soon. Do the people in charge of the national curriculum even know that sport can positively affect a woman’s future career prospects? Because all the rhetoric around engaging young girls in physical activity and ‘never mind if it’s Zumba rather than, say, cricket’ doesn’t really cut the mustard. We don’t know if Zumba is going to make you more competitive, and EY’s research doesn’t cover yoga, or Pilates, or aerobics. Of course there’s an argument to say that all of those things could potentially offer women similar leadership and workplace skills based around commitment, discipline and hard work. But if it’s not the same, and if we’re not getting any closer to generating a female workforce with a grounding in sport, then what on earth can we do about it?

For a start, sport needs to be taken more seriously as a platform for creating strong, ambitious and independent-minded young women. Despite being hugely influential and potentially life-changing, sport is still seen as a bit of a joke; within newspapers the sports desk is often referred to as ‘the toy department’. But sport, particularly for women, has always been so much more than that. It’s revolutionary, empowering, radical, and political. It’s at the front line of change, and if we want the workplace to change for women – from equal pay to maternity rights – we cannot afford to ignore sport’s role here.

This is an edited extract from Anna Kessel's Eat Sweat Play; click the link below to purchase: