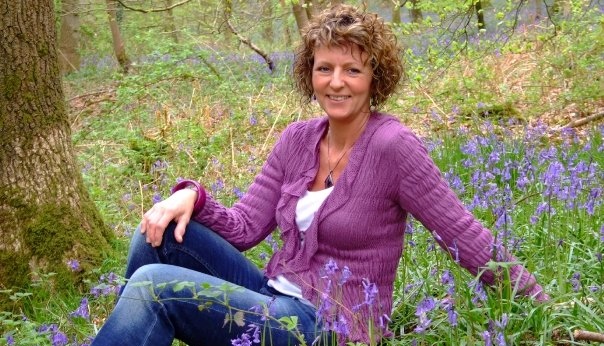 Child sex abuse is a subject that in the UK we are slowly waking up to after many decades of pretending it wasn’t there. But even if you read about historic child sex abuse such as that endured by hundreds of young girls at the hands of Jimmy Savile, or hear of the legal difficulty of prosecuting cases like politician Lord Janner’s from so long ago, it is still all but impossible to imagine the reality of a life lived in such shadow. How do the children who suffered the abuse ever recover?

Sue Crocombe is one such person. Now nearly 55, she is an intensive care nurse living in Dorset. I found her on social media which, she says, has changed her life. Counselling enabled her to finally tell her story to a professional. Then radio, Twitter and other forms of social media gave her the means of sharing it, and the confidence to speak out in support of others.

“Ironically, our situation has been helped by the Savile case.  It’s brought everything to the fore. Survivors are given permission to speak, they’re being talked about in the media - this legacy is one good thing to come out of it. And social media gives us the chance to support each other, which we never could before, because nobody would admit what had happened to them”.

Sue was born in a village in the west part of Britain in 1960.  “I lived with my mum and dad and my much older sister. My parents’ relationship was not good even before I was born. Dad was barely around and they separated when I was 11".

Her mother was, she says, emotionally and mentally unstable. “It’s possible that she may have been abused – I don’t know that – she certainly couldn’t parent me very well. I was a vulnerable and needy child. There was no evidence of neglect - she put food on the table, I had clothes -  but I was always scared of her".

At that stage it all felt complicit because I’d go along with it and he was so nice to me.

“There was a family member my mother was close to who would stay with us regularly and he was the opposite to my mother, extremely caring, affectionate. He was more like a parent to me”.

The abuse started when Sue was very small, she thinks around four. “I was in a cot for quite a while as a child, and because I scratched myself as I had eczema, my mother would tie my wrists to the cot bars. My earliest memory is of him coming in and caring for me. We had a kind of game  — you’ll have to read between the lines here I’m afraid. He said he had magic cream, and it would make my itchy skin better. And after he had finished he would untie my hands, and sing me to sleep. At that stage it all felt complicit because I’d go along with it and he was so nice to me”.

But once she  started school Sue realised that what she was doing with this man was “something shameful, awful. But at the same time I wanted to do it, because I got gifts, rewards, love, affection. There was shame around me, but it never registered that it was him, not me, who should feel shame.

“I didn’t say anything to anyone. There were signs though: I was raw between my legs, I got urinary infections, I would try not to go to the toilet as long as possible and end up wetting myself. But I had no insight into all this”.

As she grew older, the situation worsened. The abuser induced her to have sex with other adults as well as him, and finally – shortly before she turned 13 –  she became pregnant. She tells me in a rush: “I ditched the baby, he scarpered, my mother went into a psychiatric hospital and I was taken into care”.

In spite of all this Sue still told no-one what had been happening. In fact, she believed she was in love with him. “At one point he threatened suicide and took an overdose, and I - a 12 year old - went to visit him hospital. I would do anything for him - that was my mentality at the time”.

I had learnt that you could get money, gifts, affection for sex – and I knew how to do it.

Having returned to living with her mother, life did not immediately improve. She was promiscuous in her teens and did escort work for a short period. “It was learnt behaviour. I had learnt that you could get money, gifts, affection for sex – and I knew how to do it. It was an easy transition”. But at 18 she started to train to be a nurse, living with other young women. She became a Christian and also met her soon to be husband. Over this time she began to feel more stable.

She married and had her first child at 23, and another 18 months later. But she felt incapable of real parenting. “I felt I was transferring myself to her, I hated it when she cried (I was always told not to cry). It was terrible, I started to fall apart”.

At this stage Sue talked to two women in the congregation about her experience. “I hadn’t told my husband up until then, but I had to; I’d made an attempt on my life. I didn’t say a lot, but thought it was sorted”.

However, in 2012 – more than 25 years later –  her marriage became very rocky and everything unravelled; she attempted serious self-harm. But it brought her up with a start. She realised that she hadn’t really dealt with her past at all. “Having been abused by other adults has long-term effects. I had flashbacks and nightmares. I still do at times. And my husband has had to cope with my challenging emotions and unhealthy behaviour patterns”.

For the first time she sought counselling, and so began the long process of dealing with her horrendous early experience. “I feel I am not the same person I was three years ago. It’s helped me enormously. My counsellor says I am very strong. But I have had to be. As have my family, and especially my husband. I am not the person he thought he had married. Thankfully marriage counselling saved us and are still together and in our 33rd year.

“Counselling wasn’t easy, it was painful to do. Initially I was still seeing things as a child – that I was to blame – but my counsellor (she’s a psychosexual counsellor) was able to show me the proper perspective”.

What would she say to anybody who has had experience of sex abuse in their life?  “If they’ve never told anyone I completely understand that, as guilt and shame are deep and many will take their secrets to the grave. But if it’s bothering them and takes up space in their head, try and find someone who is safe who you can try and talk this through with. It may not fix it, but it will give you a different perspective, otherwise it  festers away. It may be hidden, but it’s affecting you. I would say,  please speak out”.

If you are looking for a therapist or counsellor for yourself or a child, you can find one on our directory.