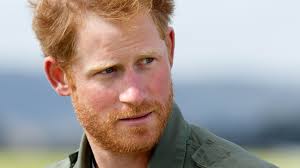 How Prince Harry Was Helped by Bereavement Counselling

Prince Harry’s decision to open up about having therapy as he struggled to come to terms with the death of his mother, Diana, Princess of Wales, has been heralded as a breakthrough moment in promoting the advantages of counselling to bereaved people.

Prof Simon Wesseley, president of Royal College of Psychiatrists said that the prince’s podcast will make “a huge difference to the way we discuss grief. I think that in just 25 minutes he has achieved more good than I have in 25 years. He’s an incredibly powerful role model and has a reach that we can only dream off.”

The interview, the first of a series called Mad World  created by Bryony Gordon for The Telegraph, has made the news around the world. In it the 32-year old prince talks of how for almost two decades he “put [his] head in the sand” and refused to think or talk about his mother. "Because why would that help? It’s only going to make you sad, it's not going to bring her back," he told Gordon, who has herself written about her own struggles with mental health.

But at 28, he entered “two years of total chaos” as he struggled with anxiety during royal engagements, and feelings of anger. His brother, the Duke of Cambridge, told him: “Look, you really need to deal with this. It is not normal to think that nothing [about their  mother's death] has affected you.” At this point he sought help by seeing a counsellor. “It’s great,” he told Gordon. He also took up boxing.

Prof Wesseley told the Telegraph,"Grief is uncomfortable, unpleasant, and physically painful, but it is also a part of normal life – all of us will experience it. But sometimes it can be so prolonged or intense that it can lead to mental health problems.

"Certain factors will also make a loss even more difficult to bear. You don’t really need to do a lot of research to know that losing a parent at a young age – whether it is a mother or father - is one such circumstance.... Talking about our grief to the right person and at a time of your choosing – as the prince says he has done – is good when you are ready.”

Prince Harry and the Duke and Duchess of Cambridge are already involved in campaigning on mental health issues with their Heads Together initiative to remove stigma and encourage people to talk about how mental illness has impacted on their lives. It is the charity that will benefit from the Virgin Money London Marathon being run next weekend.