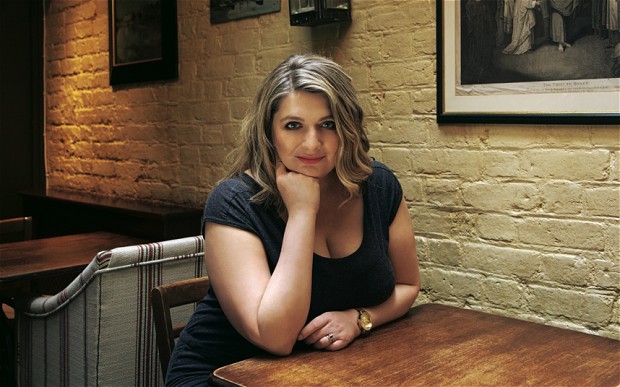 Bryony Gordon Talks about Her OCD

Bryony Gordon is a journalist writing for The Telegraph. She is the author of The Wrong Knickers. We spoke to her about her struggle with OCD, an experience which she is currently working into a new book.

What's your earliest memory of having OCD symptoms?

When I was 12 and my only worry should have been making the netball team, I woke up one morning convinced I was dying of AIDS. It was the start of several months of misery, where I would wash my hands until they bled and hide my toothbrush lest it infect anyone else in my family. Eventually, I stopped leaving the house I was so scared. It was very strange and came completely out of the blue.

Who did you tell?

I don't think I told anyone, because I was too ashamed. I was also too young to recognise what was going on. I think my parents thought I was just going through a phase, which I was in a way, because as soon as it had appeared it had gone again. It was only when it returned when I was 17 that I sought help. This time I wasn't convinced I was dying - instead, I was sure that all my family would die if I didn't say a certain phrase again and again. I also had a strange obsession that I might have murdered someone without realising.

When did you seek help?

At the time, the film As Good As It Gets had just won a load of Oscars. Jack Nicholson played a man with OCD and so there were lots of pieces about the condition in the papers. It was only by chance that I read one - in the Guardian, I think - and immediately I recognised what was wrong. It was a huge relief and I left the piece out on the kitchen table in the hope my mum would notice it. She did. We went to the doctor the next day.

Did it help you?

I remember him saying 'you have clinical depression' and thinking 'there is nothing clinical about the way I feel'. He said if it didn't get better within a week I should come back and then they would think about putting me on anti-depressants. I went home and sobbed my heart out. I didn't think I could stand another second, let alone a week. So mum took me back immediately, and basically banged down the door. I got a prescription, and a referral to a therapist.

You've had recurring periods since then - how do you deal with it now?

I'm now 35 and I still find it hard to deal with. I would say I have a proper OCD breakdown - can't leave the house, that kind of thing - about every five years. I can almost time my watch by it. It's strange. I have done CBT which is helpful but for me the biggest thing is diet and exercise. The moment I cut out alcohol and crap food my brain improves - not immediately, but certainly within a matter of days. I've learnt to recognise the sound of OCD tap-tapping at my brain, wanting to come in. And in turn I've learnt to tell it to bugger off. But it's always there, really. I say phrases without even realising I do and am often caught muttering under my breath. But that's my life, it's the way I am, and I have made a certain peace with it, which is very useful.

What do you wish that people understood about OCD?

That isn't about keeping things tidy and ordered. If I had a pound for every time someone had told me they were 'a little bit OCD', I'd be very rich indeed. For me, being a little bit OCD involves taking an hour to check the oven and then taking the iron with me when I eventually manage to leave the house. It means I worry that I am a murderer, and a child abuser. It is not fun. It is a serious mental illness!