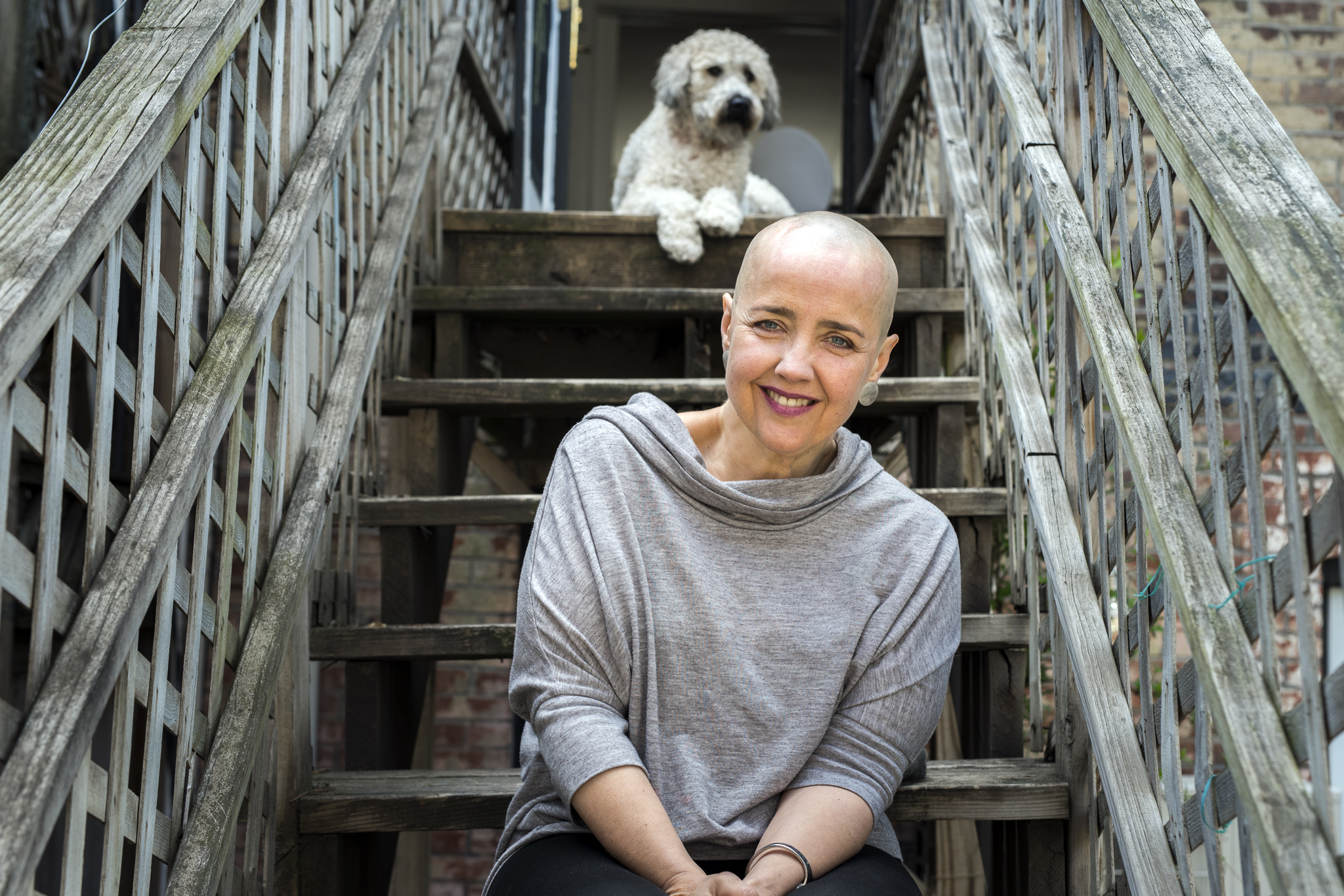 How Jessica Morris Greeted Her Cancer Diagnosis With Patient Power

At the beginning of 2016 Jessica Morris had a seizure while hiking in upstate New York. Then in her early 50s, she had moved with her Guardian reporter husband and their three children from London to New York around 10 years before, and was having a great, fulfilling life. But, just like that, she was diagnosed with a glioblastoma, one of the most aggressive brain tumours. And so started a journey through the cutting edge of modern medicine as she tried to overcome the terrible odds, and stay alive.

June 9 2022 is the first anniversary of Jessica’s death, and she is sorely missed by her family and the hundreds of people who loved her. But she left behind much that will live on. All in My Head is her fighting, funny, utterly engaging memoir which is published this week. But also she founded, in the middle of her illness and the gruelling treatments, Our Brain Bank, an app that connects fellow glioblastoma patients, to hasten a breakthrough in life-saving techniques in the fight against what she called The Evil F**ker.

Welldoing’s founder Louise Chunn is an old friend of Jessica and her family, and we were proud to run previous posts from Jessica on her illness and how she was dealing it. We are sad, of course, that she is no longer with us, but we are also thrilled to be able to share a short extract from her wonderful book. There is a link to buy the book below. Our Brain Bank, which has chapters in the UK and US, is a registered charity which aims to move glioblastoma from terminal to treatable, using patient power.

Most people I met online swapped notes about what they could do to supplement their treatment. In the absence of a cure, it made sense to look at alternative approaches. People were keen to ﬁnd out what others were up to in the hope they might copy an idea or two. Above all, people wanted to know there were options out there for them so they wouldn’t just have to sit around waiting for the disease to progress.

Through getting to know people online, I became much more resilient at explaining my own situation, both to others and to myself. The more I talked about what was happening to me, the more I explained it, the less scary it felt.

The process of comparing notes with others made me more aware of my own condition. I became more curious about the daily changes in my symptoms. The urge to track what was going on both in my brain and in my body began to grow. If I could capture my symptoms and their ebbs and ﬂows, that seemed to me a way of adding to my understanding – and potentially to that of the doctors.

Doctors don’t usually tend to be that focused on the whole person they are treating. That’s ﬁne when the treatments they are working on can cure you. But when there’s only a ‘standard of care’ – a depressing lack of hope that leads you inexorably back to the terrible word ‘terminal’ – then from where I’m sitting that’s not enough. We need to feel that there’s something for us, something to try, something that can give us that hope. We want to be part of this medical struggle, not just passive patients receiving the standard of care.

Patient. It’s always been a horrible word for me, imbued with the idea that doctor knows best. There’s a lot I don’t like around the language of glioblastoma, starting with ‘glioblastoma’. What a horrid word. I hated it because it seemed to obfuscate. ‘Neurooncologist’. That’s another one. Why do doctors have that label attached to their white coats? Why can’t they describe themselves as cancer specialists? Why does everything have to be so complicated?

My new friends and I continued to discuss our symptoms, and which alternative treatments we were trying. Sometimes it would be carers or spouses who were engaging in the conversation. There were people from across the country and the political spectrum. Through one of the groups I got to meet Margaret and Glenn, who coincidentally lived just a few blocks away. Glenn had been diagnosed with GBM within a month of me, and Fabio was his doctor.

All these connections started speaking to me. They were telling me that there were so many people in my situation who were desperate to do more, to work together and understand better. There was a vast untapped energy out there, and a power in that, a collective power that could be harnessed. The more I thought about it, the more I realised that within the medical confines of this disease there is a real dearth of knowledge, and the knowledge that does exist is withheld from those who are suffering. We are not let in, and so we are driven to share knowledge among ourselves. The conviction was growing in – it was time to breach those walls between patient and doctor, to catch all this wasted energy from we the patients, and to find a way of uniting the two.

This is an extract from All in My Head by Jessica Morris. Out June 9 2022 from Fleet.

After my cancer diagnosis, therapy helped me feel less alone

How to navigate hard conversations about a terminal diagnosis

My womb cancer experience: what I want others to know