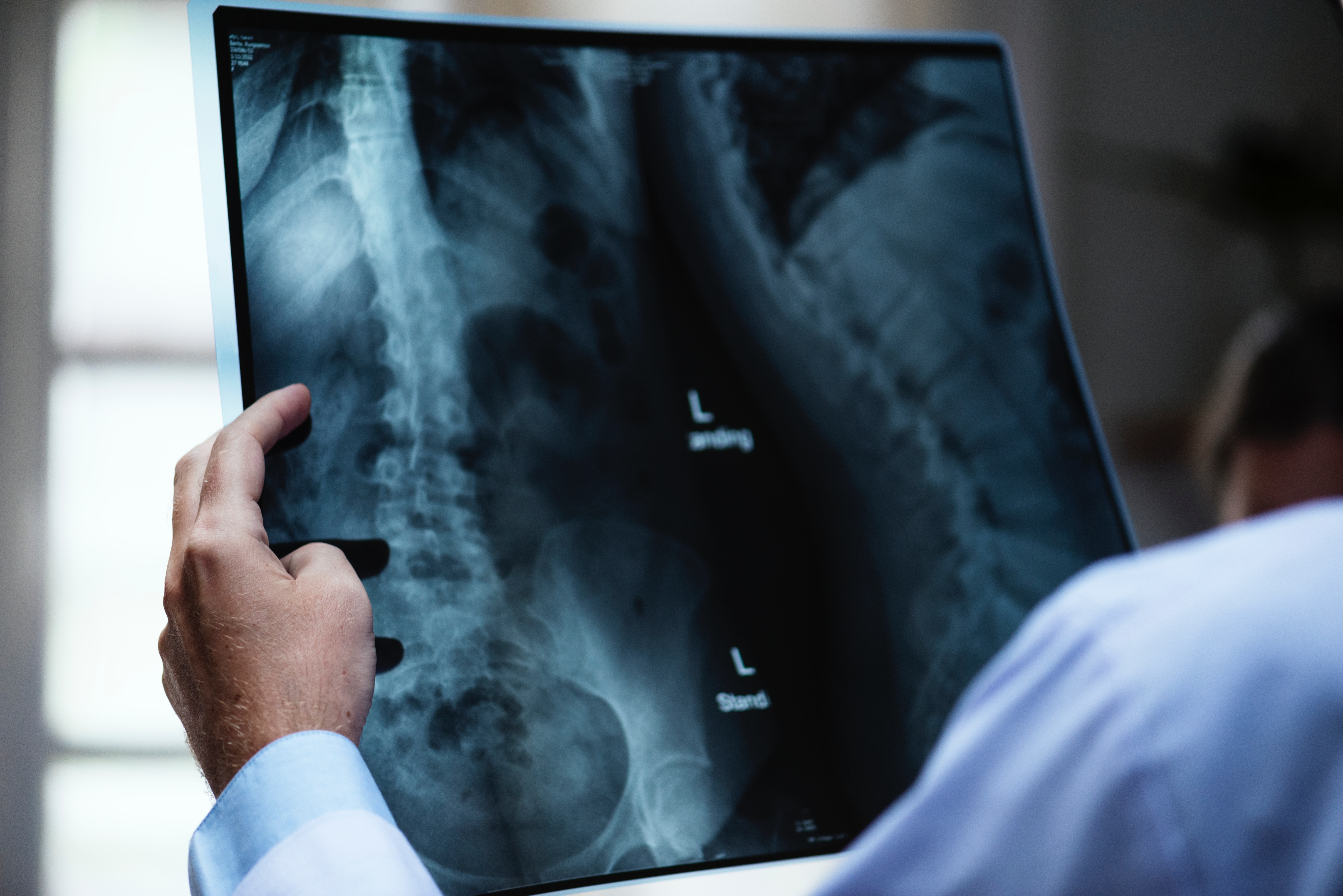 How Doctors Disempower Patients and How Patients Let Them

In December 2016, my neuro-oncologist left me a voicemail message saying that my latest brain scan was “fine” and to “carry on as normal”. No doubt he had good intentions, including wanting me to have a worry-free Christmas with my family. My daughter was six years old at the time. He had also saved my life nine months earlier, for which I am irrevocably grateful.

However, two months after the voicemail he called me in to say that the scan was not “fine” at all. It turned out I had leptomeningeal disease, a rare complication whereby tumour cells spread to the membranes and gain access to the cerebrospinal fluid pathways, depriving the brain of oxygen and cognitive functioning until the patient slips into a coma and dies. And thus began the most challenging nine months I have faced to date.

It is unlikely that telling me the truth before Christmas would have changed my treatment options, which were extremely limited at that point, but his decision denied me the information I needed to make my choices about how to spend my precious time. Had I known this, instead of travelling around the country talking to cancer patients, I would have stayed at home with my daughter and worked on my second book, which I am determined to complete before I die. Worse, I was deceived with an illusion of wellness only to then have it shattered like glass.

Three years earlier I had been in my diagnostician’s office, shell-shocked and grief-stricken about being told of my terminal diagnosis, when he took both my hands in his. “Don’t become a patient, Mrs Sabbage,” he said. “Live your life.” This message literally struck me in the chest. These were amongst the most empowering words anyone had ever said to me.

So, I know there are many excellent doctors out there, and I include my oncologist, brain surgeon, GP and diagnostician among them. I have also made a point of asking other patients for examples of excellent practice and am greatly encouraged by these stories. I merely want to shine light on an issue that can contribute to the fear, despair and hopelessness patients all too often experience when faced with a life-threatening illness.

At one end of the scale, information that patients have the right to know is withheld, as with my neuro-oncologist. I maintain that he had my best interests at heart and realise now he was probably caught up in the systemic practice of “gradual disclosure”.

This is a practice which varies from country to country, allowing doctors wide discretionary powers regarding the information they give patients. The rationale for such powers includes reasons like protecting patients from psychological distress, other family members not wanting doctors to tell the truth to patients and patients themselves not wanting to learn the truth about their situation. On the face of it, it seems reasonable, even displaying sensitivity to patient needs and respect for their wishes. However, anything that keeps people in the dark about the realities of their lives is disempowering and deprives them of the opportunity to respond as proactively as they can. This does not mean doctors should dump unwanted information on patients, but it does mean they need to encourage patients to find out all they can.

At the other end of the scale medics sometimes express careless opinions and exhibit an insensitivity that can take the wind out of our sails. Since my diagnosis, I have connected with thousands of cancer patients around the world. This is largely due to the publication of my book, The Cancer Whisperer, which seemed to meet the need of cancer patients who are struggling to navigate the psychological challenges of this illness and to take charge of their treatment in a system that can make doing so very difficult.

Here are just a few examples of disempowering statements that have been made to cancer patients I know:

In response to a patient asking to see the full results of their MRI scan: “They are not for you, they are for us.”

In response to a patient asking about the endometriosis discovered during surgery: “Why do you want to know?”

On hearing that a patient’s bone density scan result was better than average: “Well, at least there’s something normal about you.”

In response to a patient in remission, who said she hoped the cancer wouldn’t return: laughter, followed by, “Well, we’d all like to think we’re not going to die, wouldn’t we?”

In response to a woman who asked for a breather between surgery and chemo (no other tumours present at the time): “You are being very stupid. Do you really want your children to be orphans?”

To a man with a stage four diagnosis: “You have 4-6 months and if you don’t do exactly what we recommend you will die a horrible death.”

“There is nothing you can do to help yourself. Diet will make no difference. Go home and eat cake.”

“You will be dead in 18 months” – to a patient who has lived six years so far.

To me, at a first encounter with a new doctor who had read my file, “You’re difficult!” To which I replied, “No, I’m Sophie” and extended my hand.

I hardly need to explain why statements like these are unhelpful. Some are rude, some inaccurate and others leave no room for hope. I am, of course, aware of the concern about giving patients “false hope”, but the reality is there is no such thing. There is hope and there is none. Hope doesn’t make promises. It just hopes. It is an antidote to denial, not another version of it.

Nor is it helpful to have complementary treatments discounted by medical practitioners who have no expertise in those areas. Good nutrition is not rocket science. It is common sense. But, on the subject of diet, I will listen to a trained nutritionist over a doctor every time. Equally, complementary practitioners need to stop scaring patients about conventional medicine and positioning themselves as “alternative”. I have integrated the two and am confident that both have played a part in my good progress.

It is equally irresponsible to make dire predictions of inevitable endings in a context where cancer treatments are continually evolving and “terminal” diagnoses are increasingly being dealt with as chronic illnesses. Not long ago, I would have died within months of my diagnosis, but new drugs have extended my life for three years and, as a result, despite three bouts of multiple brain tumours, I have so far been able to avoid whole brain radiation.

In 2017, I gave a talk at Maggie’s Cancer Centre in Oxford. There was a single mother there with stage four breast cancer who was only being offered palliative care, but whose oncologist had written a letter to her life insurance company giving the impression she was well enough to work. Consequently, she is still working full-time while raising three children, aged seven to eleven, and dealing with the arduous effects of treatment, not to mention the pain caused by her disease. Another woman there explained how she had asked her oncologist some questions about her latest scan because she wanted to fully grasp the situation. Irritated, he responded, “You are getting bogged down in detail” and refused to answer. Her question to me that evening was, “How can I stand up for myself more effectively? This is my illness, not his.”

Standing up for yourself in these circumstances is no small feat, not least because we need to resist a powerful manifestation of fear called denial. Indeed, denial is how patients collude in the practice of “gradual disclosure”. It asks doctors not to tell us too much and hands them all the power in the process.

I wanted every detail from the start. My first oncologist didn’t tell me where all my tumours were because he didn’t think I could handle “hearing it all at once”. I objected to this assumption and found a new one. But, as patients, we need considerable self-regard and inner authority to assert ourselves. Instead of becoming victims of our situations, we need to take charge. We need to be willing to be “difficult” in a system that often expects us to conform, even (perhaps especially) when our lives are at stake. We also need to recognise the pressure our medical teams are under. It is not their job to process our fears, merely to be aware of them and point us towards effective support*. Instead of expecting them to serve us solutions on a plate, we need to step up to the plate. And, of course, we need to give thanks where thanks are due.

Above all, we need to tell medics that we want to know the facts and they need to advise us to hear the facts (not predictions or judgements) when we seem reluctant. We need compassion. We need partnership. We need creativity and courage – theirs as much as ours. We need to be seen not just as patients with physical disease, but as people with underlying emotional dis-ease. And we need to be allowed to hope.

I am glad to report that I have been able to treat my latest round of brain tumours with a targeted therapy instead of whole brain radiation. I am aware that this is likely a temporary reprieve, but I needed to get very creative and take full charge of my treatment to find this solution. #patientpower

*There are places to go for this, such as Maggie’s and Penny Brohn. Maggie’s provides free practical and psychological support to cancer patients. Interestingly, Maggie’s Oxford informed me that no oncologists from the next-door hospital have ever entered the building to find out what they do. They opened on 13th October 2014.

Sophie's last book, The Cancer Whisperer, can be purchased below: