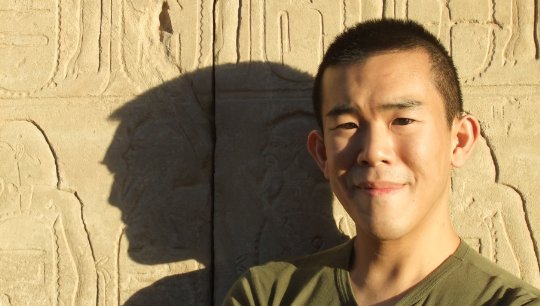 How Bacteria and Microbes Protect Our Health

We've been in a long-term, complicated relationship with bacteria for all of human existence. They've played a major role in the development of all organisms on our planet, including humans, but we only actually first saw them 350 years ago. Before that they were invisible players, only witnessed through the illness they caused. When we first got to know them, we vilified them as bringers of disease. It's only very recently that we have started to understand their vast importance to our health.

Ed Yong's I Contain Multitudes has been shortlisted for the Wellcome Book Prize 2017. It's an amazing tour through a new and quickly developing field of science. Here are just a few ways that bacteria and microbes shape us, keep us healthy, and affect our planet.

1) We are all individual ecosystems

If you observe a fertilised human egg under a microscope, you will see it divide time and time again: into two, four, eight and so on. The cells talk to each other, telling each other which organs and body parts to grow where and when. This is a conversation between the genes in our cells, but also the genes in our microbes. We are shaped by these microbes and house them throughout our lives. This process is the unfolding of an ecosystem. Our bodies are continuously reshaped and built by the bacteria inside us. They affect the storage of fat, they replenish the linings of the skin and gut, they replace damaged cells with new ones, and most notably they are hugely influential players in our immune systems.

2) Our microbiome may help us understand autism and schizophrenia

Research has shown that the make-up of an individual's microbiome may shed light on conditions such as autism and schizophrenia. In 2001, neuroscientist Paul Patterson injected pregnant mice with a substance that mimics a viral infection and triggers an immune response. The baby mice showed unusually anxious and repetitive behaviours. They were more startled by loud noises and less social than their peers. He had discovered that the immune system affects the developing brain. Further experiments have revealed that transferring the gut microbes from children with autism into mice, leads the mice to act differently, adopting obsessive behaviours and becoming more socially isolated.

3) Microbes are suffocating the coral reefs

And the more humans there are, the more microbes. Corals are animals with soft tubular bodies, hiding under limestone that they secrete themselves. This makes up the rocky landscape that forms the reefs we can see and create a home for whole systems of marine life. Sadly, much of the coral reefs are in danger. Caribbean populations and the Great Barrier Reef in Australia have largely collapsed. Global warming is heating the ocean's waters, causing coral to expel the algae that lives in their cells and provides them with nutrients. Carbon dioxide acidifies the water. The minerals the coral's need to build their reefs are depleted; they get sick and become vulnerable to disease.

4) The gut could hold the key to obesity

Researchers have shown that our microbes likely influence the nutrients we extract from our food and therefore our body weight. Obese people have different communities of microbes in their guts to lean people. Harvesting microbes from fat and lean mice in a series of experiments, and transferring them to germ-free mice, they found that those that got microbes from lean donors put on 27% more fat while those with obese donors gained 47% more fat.

5) Your dog can stop you from getting hay fever

Children in developed countries grow up in more sanitised environments, largely succeeding in avoiding infectious diseases that may have just been part of growing up in the past. This often results in a jumpy, nervous immune system, leading to allergies like hay fever. The benevolent microbes that lurk in mud and dust are our old friends; they've been part of our evolutionary history, helping us develop beneficial protection against allergies and educating our immune systems. Research has found that dogs, cats and other pets, playing host to a wider range of bacteria and microbes, live in our homes and provide us with a better range of species to populate developing microbiomes.

6) Antibiotics are a huge problem

Antibiotics kill the bacteria we want, as well as those we don't. The drugs are widely used; it's estimated that on any given day between 1-3% of the developed world is taking antibiotics. Even short courses of antibiotics can have a lasting effect on your microbiome, causing species of good bacteria to disappear, some temporarily, some altogether. Disrupting our internal ecosystem in this way can make us more vulnerable to other problems, such as diarrhoea and weight gain, and, especially if used in early life, the development of conditions such as asthma, allergies and autoimmune disease. Antibiotics are obviously extremely important, but in using these drugs too commonly and indiscriminately, bacteria is evolving to resist them and we have not yet developed new drugs to replace these old ones we have become so reliant on.

Faecal microbiota transplants - transferring stools from a donor to a patient's gut - are a thing. We humans are generally adverse to poop, but other animals practice coprophagy - consuming each other's dung and droppings to acquire microbes. FMTs work in a similar way to probiotics, but instead of adding a few good bacteria, this is a transfer of an entire ecosystem, an attempt to fix a broken community by completely replacing it. The earliest record of faecal transplants is from 4th century China. Europeans were much slower, with recommendations for the practice cropping up in the late 1600s. It's only in the last few years that FMTs have picked up pace, and are yielding amazing results in patients with chronic illnesses. In patients with certain recurring infections, FMT cured 94% of trial participants.