​Give Me Your Love Review: When you Treat PTSD with MDMA
Find a therapist
Find a coach
Join as a practitioner
Log in/register 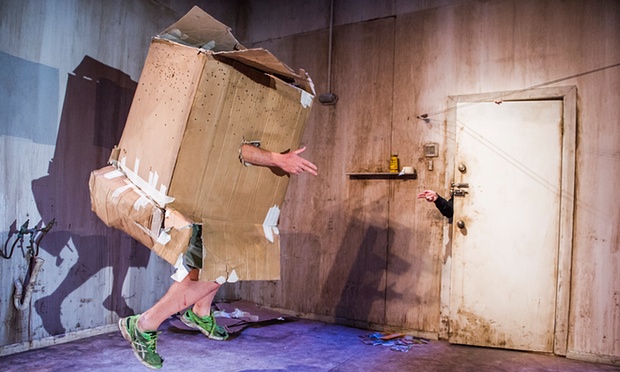 ​Give Me Your Love Review: When you Treat PTSD with MDMA

Few will doubt that “war is hell”, but how many of those follow the course to consider that surviving war is hell too? It’s abundantly clear that today’s world continues to suffer the consequences of Bush and Blair’s decision to go to war in Iraq – particularly because there was no exit strategy – but how often do we consider the exit strategies of those actual human individuals involved in those catastrophic events? Those individuals who were traumatised by their highly individual and idiosyncratic experiences there? Many individuals, though finding themselves “safe at home” after a tour of duty, may not feel at all safe in their own skin.

It is just these sorts of questions that are investigated by Ridiculusmus, the theatre company behind Give Me Your Love, currently playing at the Battersea Arts Centre. While the eye-catching conceit of this production is that it was inspired by real-world trials of MDMA for the treatment of Post Traumatic Stress Disorder (PTSD) for returning soldiers resistant to other therapies, the production goes far beyond the use of what is commonly known as the party drug ecstasy as a key to unlocking personal trauma. Instead we are confronted with the harrowing and suffocating consequences of PTSD and one man’s desperate attempt to lay his traumatic ghosts to rest.

Upon entering the theatre the audience is immediately confronted by a bleak scene of a filthy bare room devoid of anything but a crumpled cardboard box, table salt, and some packaging tape; paradoxically, it is a scene fulsome in its own lack. There is practically nothing there, and even the state of the nothingness is pretty bleak, not a single thing to give the eye a pleasant rest. The space has an immediate effect on the audience who are ultimately if somewhat unwillingly implicated in the drama that is about to unfold.

The set and the drama that follows convey the impoverishment of a psyche that is in a state of fear and desperation. Zach (played by David Woods) cuts a curious figure as an actor whose face cannot be seen. His muffled voice emanates from within the box – an object that serves at the same time as his safe place and his prison. His trauma has cut him off from the world, so he communicates to disembodied voices (his wife, his mate; but are they real?) while avoiding the intensity of real face to face human contact.

Having heard about the MDMA treatment for PTSD on CNN, he endeavours to treat himself under the rather unprofessional guidance of his friend Leuan (Jon Haynes).

What follows is grim, but not humourless. However, the humour operates in odd ways – again implicating the audience as they search for the laughs in order to release the tension of the intensely depressing spectacle unfolding in front of them. The MDMA ultimately operates as a sort of McGuffin (a film term used to describe a narrative device that ultimately lacks essential meaning) that permits Zach to attempt at remedying his desperate situation. While it does seem to offer a catalyst that enables him to begin to attend to his desperate situation, his real challenge remains. Will he become unboxed? Will he choose human contact?

In relation to human contact, what really stands out in this piece, which is rather unusual for theatre, is the lack of human faces within the production. The protagonist is in a box, disembodied voices float in from off stage, in a sort of nod to Beckett, it seems like we are always waiting for something to happen while watching the absurdity of a conversation going on between a box with two legs and a pair of gesturing hands. Freud spoke of “psychic reality” as the reality of the mind irrespective of the objective foundations its counterpoint “the reality principle.” In essence, Ridiculusmus offers up Zach’s psychic reality, and it is that to which we are subjected:  it is not a warm and fuzzy experience.

Of course a play about trauma was never going to be warm and fuzzy – even on MDMA. We, the audience, are the only faces in the room, and this is how we are implicated in the piece. How does it feel to be stared at, forlornly, by a (man in a) cardboard box? I can tell you, it’s uncanny. And when that (man in a) cardboard box, itself stuck within an abject little plywood box of a room implores over and over, “Give me your love!” to the only human faces in the room, us, how can you feel but implicated by the desperate appeal? Yet the magic of the theatre’s fourth wall stubbornly remains. You cannot give the love that is so beseechingly required. All you can do is witness the drama at a distance – much like the traumatised mind is forced to witness the aliveness of the world – from a numb yet terrifying distance.