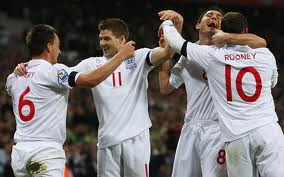 The Beautiful Game and Depression

Footballer Gary Speed, former captain-turned-manager of the Welsh national team, had movie star looks, a million pound mansion, a beautiful young wife and two sports-obsessed sons. He seemed to have the world at his feet. But three years ago he took his own life after an embittered battle with depression.

With the World Cup in Brazil only days away it is easy to cloak our footballers with the super human strength of gladiators in Ancient Rome. However when the arena clears and the applause dies away, cases like Speed's are sadly far from rare. A study carried out by international players' union FIFPro last month, showed that more than a quarter of professional footballers suffer from depression or anxiety problems. Twenty-six per cent of players reported mental health problems and the figures rose to 39 per cent among retired players.

The numbers are significant, and surprising as footballers are perceived as strong. We know that 1 in 4 of the population in general will experience anxiety and depression issues over the course of their lives, and yet we expect our sporting heroes to be psychologically superior to the norm.

The perks of the job are considerable, from disposable salaries of up to £200k a week, fast cars, fabulous houses and trips to exotic countries where they will play in front of crowds of adoring fans. What do they have to be depressed about? From the struggle of regular life, it is difficult to find sympathy.

Yet, it is often the case that depression breeds like a contagion among the rich and famous. With so much attention at a young age the media swallows up players like Paul Gascoigne and David Beckham, heralding them as golden boys of English football. But antics off and on the pitch, a pint at a pub, a sending off in a crucial game and they are quickly spat out and left isolated. Beckham coped with death threats when he kicked another player, and rose to become an icon of British sport, Gazza dissolved in tears when denied his place in the World Cup final, and is now dealing with alcohol related issues. Different players, different psychological blueprints.

A footballer's professional career might start at 18, but for the most part it's over by 35, and despite the high earnings, a former player can fall prey to anxiety when left without routine or purpose. Injured players often spend months on the side-lines, having no part in the camaraderie of the team, experiencing a sense of uselessness. There are countless well-publicised cases of footballers falling into debt and despair through gambling (Paul Merson), alcohol addiction (Tony Adams), even cocaine addiction (Mark Bosnich). The sporting charity X-pro claims that three out of five Premier League footballers face bankruptcy within five years of retiring from the game.

There is a stigma attached to mental health, especially in the hyper masculine world of competitive sport. NHS psychologist Dr Victor Thompson who spends time working in sports performance points out: “Footballers might feel that they simply can't admit deficiencies. Who would sympathise with someone earning thousands and living the dream?"

Admitting these feelings to oneself and then admitting them to others is compounded ten-fold when the situation is so public. Yet this is the environment in which footballers exist. Look no further than the painful taboo surrounding homosexuality in English football. Hostile homophobic abuse is not uncommon in football, and by the same token so an admission of depression or anxiety may cause consternation among fans and teammates.

What happens to us as a nation when our hero's reveal that they are not invincible? And what are we doing to help them? It is true that there is something particularly disturbing about strong men suffering depression. But when we accept that they are vulnerable, as with soldiers, we extend ourselves as human beings.

Steps are being taken in the right direction. The Football Association have worked with almost 150 current and retired footballers since setting up a counselling network a year ago. Chaplains and counsellors are being invited to speak to players regularly. But we need to stop looking at footballers and other sportsman as indestructible. However rich, famous or beautiful, everyone can be vulnerable.