Family Constellations: The Invisible Ties that Bind Us
Find a therapist
Find a coach
Join as a practitioner
Log in/register 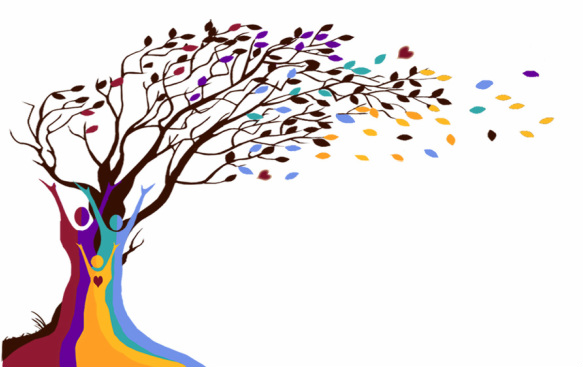 Family Constellations: The Invisible Ties that Bind Us

Exploring how the behaviour of past generations influences who we are in the present is an important aspect of therapy. We may have heard that developing awareness of how we were bought up, and paying attention to the environment that shaped our lives will help us find freedom that isn’t conditioned by our upbringing. But, is this really the case, and, if so, how far back should we go?

As a therapist, I am often engaged in an exploration in to my clients’ family dynamics. The aim of this is not to place blame at the feet of a parent or sibling (although sometimes that is exactly what is needed), but to get an understanding of how the client relates to others and to the world in general: what unexamined rules and moral codes they have found themselves living by.

During therapy, I am always aware of ‘who else is in the room’. By this I mean that by listening carefully to how my client speaks, I will often hear ‘voices’ from their past. For example, a cruel mother that imparts criticism at every turn, or perhaps a rivalrous sibling that manipulated our parents’ attention away from us. By bringing awareness to these ‘voices’, we can begin to discern the interactions that still govern their lives and potentially keep them locked into patterns of behaviour. By looking closely at these dynamics, we are able to untangle what is family conditioning and what is their own volition.

But what if we take this one step further and start to think about our parents’ parents or even our great grandparents and beyond?

In family constellations, we take the whole family as a living system that influences all the members. By mapping out the family dynamics and learning to be archaeologically curious we begin to unearth some insights that keep the system in balance but set seemingly invisible rules, that end up governing our behaviour and thinking.

For example, there may have been a tragedy in a former generation that split the family and ended with someone being scapegoated, which in turn created a feeling of anger and shame, which in turn energetically entered the family system appearing, sometimes generations later as a sense of not belonging or of feeling constantly ostracised. Not until we turn to face these hidden stories from our past can we set ourselves free from the ‘rules’ of the family system.

In a family constellations workshop the attendee would be known as the ‘issue holder’ and will be responsible for placing the ‘representatives’ (other workshop participants) around the room. The idea is to create a visual representation of the family and by tuning into some of the nuances between the members of the system the issue holder can get a clearer understanding of their place and their (often unconscious) roles within the family. The facilitator will keep checking in with the representatives to get feedback on how it feels to be standing in the position they have been placed, which also serves to shed light on the family dynamics.

For instance, in one workshop the issue holder was trying to understand why she felt so intensely drawn towards the church. She identified that her great grandmother had been ostracised by the family for divorcing her husband when this was still heavily frowned upon. She placed the representative of her great grandmother at the edge of the room facing the wall and the facilitator asked for the representative’s feedback. She replied that she felt ‘invisible and full of sadness and loss’. The issue holder then asked the representative to turn around and be seen by the other members of the system and there was a big release of compassion and love for this forgotten relative. The issue holder realised that she had been holding the compassion and forgiveness for the whole family system and this was being expressed as a strong desire to go into the sisterhood.

The representatives almost always report that they get a very strong sense of how it must have felt for that family member, and are usually quite astonished by this.

Some of the one-to-one work with family systems is also incredibly fruitful. Simply by laying objects on a table that represent the different members can reveal to the client that they have been either been placed in a role, or decided to hide at the edge, simply because they felt that it was their place due to the unspoken ‘rules’. Some of the work in psychotherapy is to challenge those roles and self-limiting decisions – which clients often find incredibly liberating. However, it can be a slow and difficult process, a bit like taking two steps forward and one step back, because family systems thrive on everyone agreeing to play their roles, so when one of the members actively rejects their given role it will reverberate through the system and upset the status quo. But it can be done!

It will take perseverance, compassion and courage to step into a new reality, but ultimately, it’s worth the effort because truly stepping into one’s power and shedding outdated roles is cathartic. Become the detective of your own life and start piecing together your family tree. Being curious about family dynamics across the generations can truly unlock hidden tensions, which, when untangled, will create healthier and happier relationships in the present.