Should We Embrace Excess at Christmas?
Find a therapist
Find a coach
Join as a practitioner
Log in/register 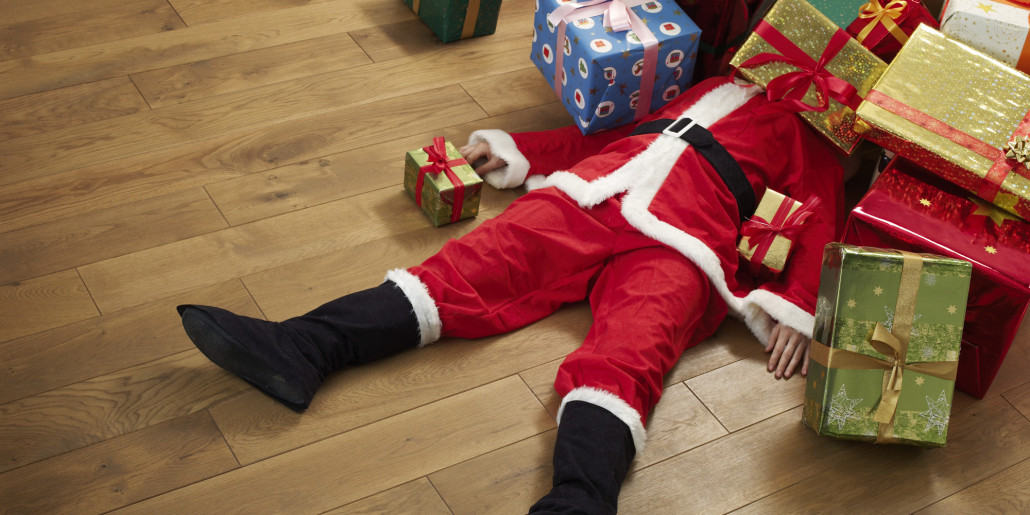 Should We Embrace Excess at Christmas?

There are only 12 shopping days before Christmas, but I wonder if it’s time we all called time on the mad rush of thoughtless consumerism that seems to have overtaken the season.

Confronted with heaps of packaged gifts, and adverts encouraging us to ‘buy , buy , buy’, the expressions that come to my mind as Christmas approaches are not ‘good cheer’ and 'merriness’ but   ‘enough’ and, ‘too much’. Before the Christmas turkey has even hit the table I’ve lost my appetite, overwhelmed by the sheer quantity of stuff. Yet these feelings aren’t straightforward. Simultaneously I want to relax: this is the time to enjoy excess, not  become curmudgeonly. These two warring reactions were encapsulated in a recent debate on BBC Radio 4’s Today programme. Guardian columnist Lucy Mangan defended Christmas excess unequivocally.

She had taken it on herself to shed things in some curious process of reverse consumerism.

Up against Richard Ingrams, former editor of the Oldie, she argued that giving lots of presents is part of a seasonal benevolence: scouring the shops for the ‘right’ present for the right person; buying them exactly they want and more; and taking the opportunity to express affection through gifts is what Christmas is all about, especially with young children in the picture. Richard Ingrams, by contrast, was the Grinch who stole Christmas. He wanted neither to  indulge in presents nor indeed Christmas festivities. Yet in spite of his grumpiness I found myself siding with him. He said he had everything he needed and didn’t want to acquire more ‘stuff’. In fact he wanted to get rid of things at this stage in his life. The expression ‘at this stage in his life’ was telling. Ingrams is in his later seventies and, like many of that generation, apparently feels he’d rather ‘shed’ possessions than acquire them. His words struck a chord with me because this year I’ve had to clear out my mother’s flat. Like so many elderly people, as she got older she had taken it on herself to shed things in some curious process of reverse consumerism. I've noticed this often among the elderly - horders apart -  who suddenly begin to experience possessions as an encumbrance, surplus to requirements. “You cant take it with you when you go”  is a cliché but it seems that as people age the only ‘objects’ they want  are functional or objects  with sentimental meaning recalling their connection with the giver.

Gifts are charged with all sorts of expectations and obligations.

I find it easy to sympathise with this desire to simplify rather than clutter up life when confronted with Christmas excesses. One family I know have a pile of wrapped presents under their Christmas tree which is truly mind-boggling. None of the family seems to be lacking anything so it is hard to imagine what could possibly be added to their possessions. This kind of excess is particularly disturbing if you don’t see gifts in quite the straightforward way that  Mangan does. For many families, on top of being in excess of what one needs, gifts are charged with all sorts of expectations and obligations. Getting the right gift and giving it to the right person with exactly the right implication can be an  emotional minefield. In the course of the Today programme discussion,  presenter John Humphries raised this issue: what do you do when you can’t get the gift right and  give something they don’t want anyway or even manage to offend them with something ill conceived. “Screw them” said  Mangan cheerfully. The point is for you to be generous and benevolent. If they don’t like it they can lump it. But that’s  not so easy for everyone. I can remember feelings of disappointment when significant relatives ‘forgot’ my children’s birthdays or gave gifts which seemed to contain a critical  message. I know many friends who have been upset by receiving perfunctory gifts which seemed to express indifference or even hostility.

Filling up on an excessive meal  is a bit different from filling up with goods.

I know there’s a contradiction here. How can I speak about the excessive consumerism of Christmas and simultaneously  notice an ‘inadequate’ gift? All I can say in my defence is that I’m sure I am not alone in thinking: ‘it’s complicated’. Lucy Mangan’s is the appealing version of Christmas giving and excess, one which sees  the  Christmas  festival - and feast – as  annual occasion for indulgence. But filling up on an excessive meal  is a bit different from filling up with goods, and for me, these days, the discomfort of consumer excess is the dominant feeling. These days I try to find strategies to reduce that discomfort. I try to buy mainly items which will support some worthwhile enterprise, supporting jobs or charities. Or I buy something which is useful or immediately consumable. Best of all I like to take out gift subscriptions to relevant organisations which I’d like to see supported.  At least with this approach, if you miscalculate the gift , its less wasteful. This may sound like a rather boring strategy for Christmas but  ultimately it is much less likely to give you indigestion.