CULTURE TIP: The Homesman
Find a therapist
Find a coach
Join as a practitioner
Log in/register 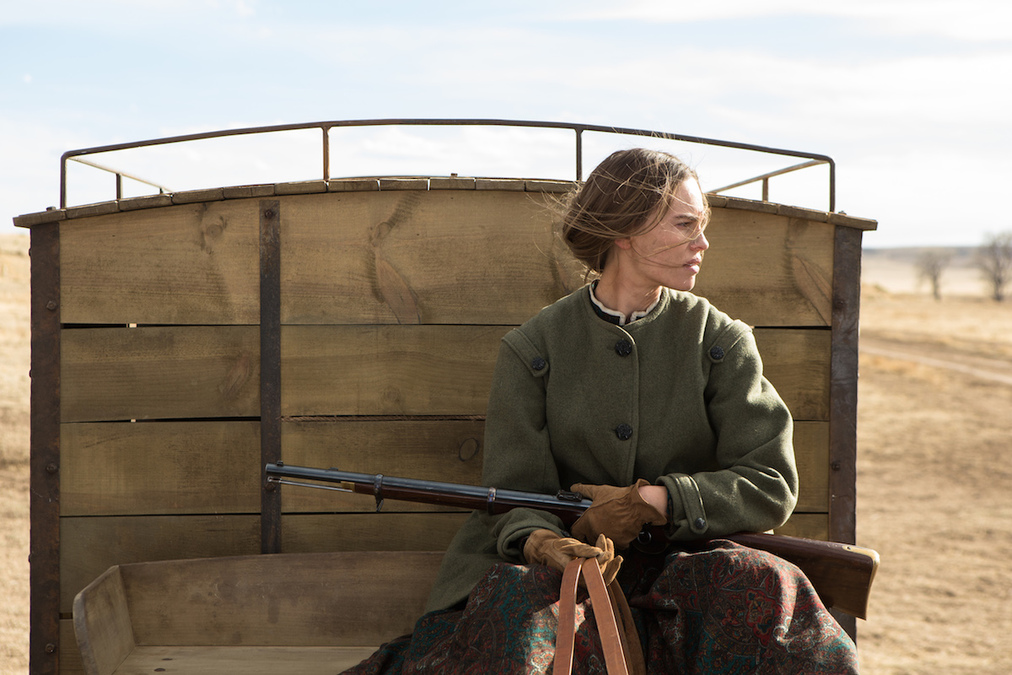 Tommy Lee Jones writes, directs and stars in this western set in mid nineteenth century Nebraska, which highlights the story of women, and the hard lives they endured, encapsulated in Hilary Swank's powerful performance as Mary Bee Cuddy.

She is a resourceful hard working single woman in her early thirties, running from heavy field work, to a quick wash and brush up, as she prepares a meal for Bob, her slim prospect for change. Having fed and entertained him, she proposes marriage, in an effort to make both their lives easier, but he tells her she's bossy and too damned plain.

While Mary needs company and support, the narrative suggests she is better off without men, whose selfishness might drive her to distraction. This is mirrored in the community as the grimness of a woman's lot is symbolized in the mental illness of three women, who suffer severe nervous breakdowns after losing children, cattle and livelihood, while managing daily abuse by husbands. Angry their wives can no longer look after them, they treat them like chattels, and are either incapable or violent and weak.

Mary is the only 'man' for the job of taking these women on a perilous cross-country journey, towards sanctuary in Iowa. With the women tied up in her wagon, a rifle, and a large dose of courage, Mary becomes the homesman. When she runs into George Briggs (Jones) a noose around his neck, and an unsavoury history, he is the obvious partner to accompany her in this mammoth task. A cantankerous boozer, and an army deserter, George is in it for the money and the whisky, but in the presence of Mary Cuddy, he is soon on a journey of transcendence.

Encountering harsh weather, bandits, abductors, and lack of food, Mary cares for her charges with tenderness, love and empathy, coaxing them back from violent psychosis, hallucinations and delusions, self harm and catatonia, to engaging with their own survival. It's the best sort of care, and one that a psychiatrist like RD Laing would give the seal of approval. 'I wish you'd say one kind word to me', Mary tells George, yearning for some of the love she offers others. She is unafraid to show her vulnerability, though it might rob her of her dignity.

The women are the film's moral conscience, pulling at George, even as he would abandon them. Adapted from a novel by Glendon Swartout, the film illustrates not only how love can heal madness, but the lack of it can push us to despair. George tells Mary, 'People like to talk about death and taxes. When it comes to crazy, they stay hushed up'. The audience may be left wondering how much has changed when dealing with the mentally ill. We are left with a final shot of George and a band of carousing men, yet while there is feminist debate about the narrative twist, the experience of women's lives is centre stage, and the bravery of a single remarkable woman, Mary Cuddy, its star turn.

Follow this link to purchase Glendon Swartout's novel The Homesman