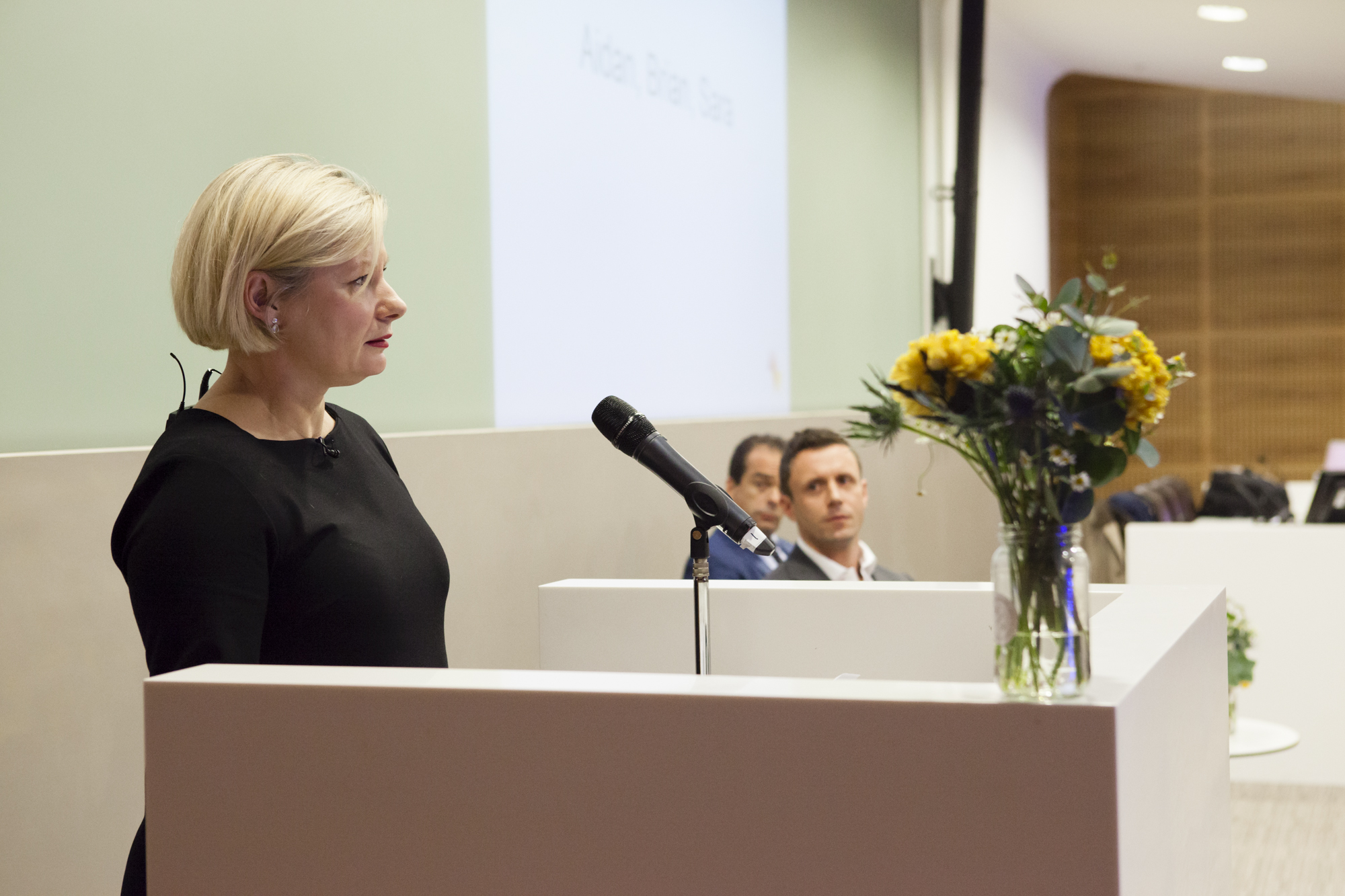 A partner in a London law firm; the CEO of one of the UK’s best-known customer publishing companies; a founding partner in an executive search firm; the global head of client strategy at HSBC. What have they got in common apart from senior roles, high salaries and lots of responsibility?  All four have had serious experiences of depression or anxiety, and the strength to get up in front of an audience of 150 and tell them all about it.

Men and women telling their stories of dealing with mental health issues are no longer rare. It is one of the ways that people are fighting the stigma of mental health. After all, if it affects one in four of us, shouldn’t we be more honest and upfront about it, so that people realise that it is nothing to be ashamed of?

Celebrities, sportspeople, politicians, models - people from all walks of life have unburdened themselves in recent years, and helped others as they do it. But one area has been silent, and that is business.

Earlier this week the mental health collective [email protected], co-founded by Geoff McDonald, Camilla Upson and Georgie Mack,  hosted an event to change that. McDonald is former global vp, HR, for Unilever. He had suffered a breakdown several years ago and was inspired by that experience, and the suicide of a dear friend, to form [email protected], and get the problems of mental health in the workplace acknowledge and talked about.

Samantha Brown is a partner in the London commercial law firm Herbert, Smith Freehills. Interviewed by Claudia Hammond, the presenter of Radio 4’s All in the Mind, she told the audience how, out of nowhere in 2015, she suddenly couldn’t go on. “It was an absolute kick in the face, and it came from nowhere. Solicitors are all always busy, but we always keep working. But then I just couldn’t.” When she finally returned to work - after more than three months off - she knew she had to do it differently. “And the great thing was my colleagues and fellow partners were nothing but positive about what had happened to me.”

Aidan Bell moved many with his raw, recent tale of depression. He felt that all his life he had acted a part to the point where he was professionally successful and thriving, “but available to everyone except my wife, parents and children.” When he finally collapsed and was signed off with severe exhaustion and depression, he slept for 18 hours a day, moved in with his parents and slowly, slowly started to recover. “It is still a fight, there are skirmishes, and I need to ground myself. But I am in a clearer, simpler, happier place.”

Sara Cremer was a prize-winning magazine editor and is now CEO of Redwood, a large content marketing company. She listed the many fun, interesting, ego-building things that have happened in her professional life. Winning prizes, dinner with Giorgio Armani, glamorous foreign travel. But what did she feel? “Nothing. I was in a permanent state of anxiety.” Since the point, several years ago, when she finally went to her GP about her mental health she has had a number of depressive episodes, all of which she has covered up in the workplace. But the last time, she told her boss, Cilla Snowball, head of ad agency AMV BBDO, who said: “Park the work, and when you are ready to come back, I won’t treat you any differently.” In advance of the event, she gathered her 150 staff together and told them about her depression.

Brian Heyworth seemed to live a gilded life, through school, Cambridge, and into the well-paid banking sector. But at 40, he crashed and burned, ending up in a psychiatric unit. He believes his pre-breakdown life is entirely different to the way he has lived ever since, now that he knows how to handle his depression. He has a senior job at HSBC for which he was interviewed during his recovery. “They knew all about it, and took a risk on me. And I’m still there.”

In addition to these stories, the event also included interviews with Sir Ian Cheshire, chair of Debenhams, and Tim Griffin, managing director of Dell, both of whom spoke compassionately about how business could better manage mental health issues among staff. As Sir Ian said, “I don’t think we have the full measure of mental health in the business world, but I think it will come. You do have to remember though that there will always be pressures at work.”

Finally came Robin Wight, president of the Engine Group, and diagnosed as bipolar only six years ago, though it was not a complete surprise, as there is a family history. He totally acknowledged the problems that other speakers had encountered, but for him – at the head of an advertising agency – his mental condition was a gift of creativity and eccentricity. As he says, "I am happily bipolar."

As the evening drew to an end, it was clear that Geoff McDonald’s introduction was true: the power of role models breaks down the stigma of mental health. If people in the top levels of business can come out and talk about their frightening experiences, it makes it much easier for those who work for them to feel they will be accepted if they too have similar problems. And those businesses will aim to identify the problems and deal with them with care.