Addiction: A Psychoanalytic Cure
Find a therapist
Find a coach
Join as a practitioner
Log in/register 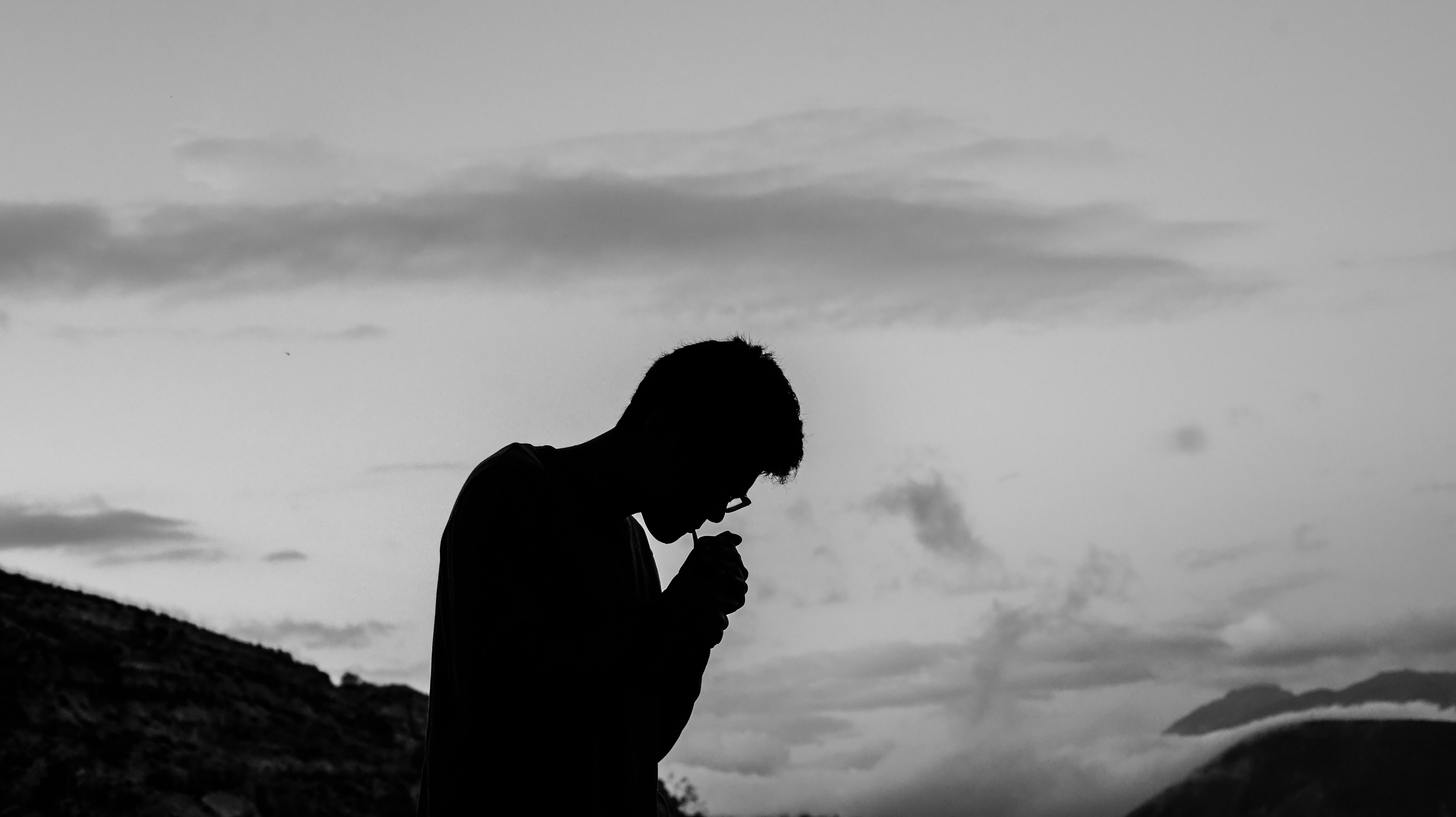 The nature of addiction

It is the uniqueness of the addict that will determine the unique effect on him that the drug will have. It can be said that addicts* are not addicted to drugs, but to their individual reaction to the effects of drugs. The addict does not seek the substance of the drug for its own sake, but for the sake of the unique ‘hit’ that he derives from it. The ‘hit’ is not the same for any two addicts of the same drug and nor are two people’s addiction to the same drug indicative of the same psychological factors that foment their addiction.

Drugs are the means of addiction; they are neither the goal or the object of pleasure. The core problem in substance dependence lies not in the substance, but in the dependency.

This suggests that there is a unique cause of addiction in every addict and that his addiction is not located in the drug, but in the psychic structures that give rise to his dependency. The phrase “addictive personality” belongs to common parlance, but in reality it takes us nowhere in understanding the particularities of a sufferer’s addiction or how to help him towards an effective and lasting cure.

*In this article I use the masculine when referring to persons in the generic or to the addicted person; this is for no other reason than for convenience and consistency.

There are two competing theories which are by no means mutually exclusive. They are the ‘deficit model’ and the ‘conflict model’.

The ‘deficit model’ posits that drug-use is a replacement for a deficit in the individual’s psychological structure. The object of addiction in this model is to use the drug’s effect to supplement something that is felt to be missing. The drug serves as a calibration that restores homeostasis, a transitory equilibrium or balance that only the effect of the drug can supply. The addict’s drug of choice ‘replaces those parts no other drug (or person) can reach’. In this model, the addict self-administers an economy of pleasure. The pleasurable effect is the solution to a felt absence and so is a means of self-regulation.

A person in the ‘deficit model’ might view his addiction in an imaginary way, as an integral part of his personality. He would be likely to defend his addiction against criticism or the Other’s exhortation through ‘positive thinking’. He might defend his drug-use as a legitimate form of self-medication that meets his internal deficit.

In the ‘conflict model’, the addict is motivated by a sense of powerlessness or helplessness with respect to his own conflicted feelings. The effect of the drug serves as an artificial defence against what can’t be managed internally. Unlike in the ‘deficit model’, these difficulties do not disappear under the effect of the drug. The effect here is not desired as such, but viewed as a compromise solution to the unmanageability of the internal conflict.

The drug of choice

Different substances ‘repair’ or ‘fix’ different kinds of internal deficit. It is possible through the mass of clinical data available to make the following (schematic) assertions: people with aggression and rage tend to favour opiates (e.g.: heroine); people with problems of self-esteem and depression are prone to favour cocaine, amphetamines and other stimulants; people with troubling inhibitions, social phobia or paranoia, incline towards alcohol or sedatives. Psychedelic drugs characteristically counteract feelings of emptiness, boredom and futility.

The aim of psychoanalysis

Psychoanalysis seeks to address addiction at the level of the individual’s unconscious which is the seat of his dependency. It must seek to do so without recourse to generic, pharmacological or moralistic ‘solutions’. These false solutions include so-called ‘positive thinking’ which seeks in vain to exhort the addict to change his ways. Exhortation is the desire of the therapist, not of the patient. Desire for change needs to be located and kept alive in the patient.

Non-addicts do not get an addictive ‘hit’ from drugs as addicts do. Addiction is caused by a specific effect that only addicts get out of drugs. Increasingly, in a consumer-society in which pleasure has been turned into a dictatorship, we are all of us increasingly susceptible to addiction. Meanwhile the social structures that bind us together and that have historically channelled us into facing life’s difficulties, have been gradually falling away since the 19th Century.

Under neo-liberalism, the regulatory functions of the law and institutions have been replaced by the functions of personal freedom. Our institutions no longer exert the permeating structures that bind us within a common pursuit. What is revealed is a modern personality that is increasingly volatile, fragile and unregulated. Modern man suffers a rising tide of psychosomatic symptoms: depression, anxiety, suicide, eating disorders, panic-attacks, addiction, self-harm and a growing sense of inadequacy and self-devaluation. The more we suffer unpleasure as a by-product of our right to enjoy ourselves, the more we seek to find readily accessible solutions, either unconsciously through psychosomatic problems, or consciously through addiction. Either of these solutions provides a compensatory outlet in the body in the form of a psychosomatic symptom, or in the case of addiction, the pursuit of a pleasurable effect. Either provides a solution to the problem of anxiety.

Individualism under capitalism exists outside the social bond. As free agents we all operate at a distance from others and from the laws that were instated to mediate between us. Paradoxically we have become dependent on synthetic objects of pleasure that are readily available on the white and black markets. The self-administrations of narcotic effects that function independently of the Other, lead to an increase of addiction as a means of self-regulation.

We could say that the non-addict is more attached to structure than is the addict. The non-addict resides in the sobriety of citizenship and collective responsibility to which he is attached. This comes with the promise of benefit and rewards, however as trade-off, the same structural bond that ties him to the Other imposes limits on his pleasure. This over-arching structure that binds him to the Other is first and foremost the structure of language.

As Lacan says, we are born into the “bath of language”. Through speech and language we learned to mediate (first through the mother) our love and hate, pleasure and frustration. Any infant deficit or conflict that was not resolved or mitigated through language, is retained in the body, unmetabolised and toxic. It is this toxicity that is receptive to addiction. The infant’s unthought and unmediated difficulties hold the potential for a uniquely reactive and addictive response in later life to the effects of drugs. Tragically, the addict opts out of the structure that binds him to society, his best and only chance of health. He turns away from the external, and in doing so, he turns away from symbolisation in preference for self-administering a solution that has foreclosed on the Other. As has been said, “he avoids capture by the space of the speaking-Other” [Lacan 1973/4; 13/11/73].

This agitation, as I describe it, is not the same as desire. In order to experience desire, the individual must have the capacity to symbolise, a capacity that is vitiated by the compelling effects of drugs. In pornography and masturbation, the link to the Other is avoided or broken in preference for a route to satisfaction that is omnipotent in its control and predictable in its outcome. The addiction to the effect sidesteps any possibility of impingement by the Other. Structure, which links the non-addict to the Other, does not pertain for the addict. Structure doesn’t stick and therefore nor does his link to the Other as a separate mind.

While as a ‘hedonistic theory’ the above conforms to the initial stages of addiction, the ‘self-destruction theory’ fits better with the latter phases. In self-destruction, the addict is seen as a masochist who wants to suffer or as a suicidal case who wants to cease feeling altogether. Thus what the addict wants from drug use is hardly ever aligned with what he gets. Depending on how far he is into his addiction, the effects sought and those actually achieved can look and feel very different. In both cases, of hedonism and self-destruction, the addict is motivated by the effect of the drug, be it pleasure or self-harm. Having turned away from structure/ the Other, the addict places pleasure before desire. In his addiction, he is a slave to pleasure. The word addictus has been used in reference to ‘debt slaves’, people enslaved to their creditor.

What constitutes the addict

The energies of the drives or body can become toxic when for a variety of reasons, they cannot be psychically processed or symbolically represented through language. The sufferer cannot mediate his suffering via structured thinking or psychosomatic symptoms. This lack of psychic processing has consequences for the constitution of the individual, both in the psyche and in the body. Here there is a connection between addiction, anxiety and depression. The retention of unmetabolised infant deficit or conflict is retained in the body as something toxic and susceptible to later addiction.

Addiction pushes to the forefront the question of how to live with ‘something missing’, with a feeling of ‘too much’, or a life permeated with the presence of death. Participation in human life demands enormous sacrifices. The effects of drugs and alcohol can provide the illusion of monadic escape from society’s impingements.

The effects of drugs are an idealisation, but an ideal (drug) that is replaceable with another, as long as it provides the right effect. Anything can be sacrificed to this ideal as long as the compensatory effect is available. The addict therefore is cast adrift between the tyranny of pleasure on the one hand, and his unmoderated castration by the Other (of culture) on the other. He turns away from one, only to enslave himself to the other.

Psychoanalysis brings into focus the Other-of the analyst, whose task it is to nurture a process of regeneration of those links to structure that have been broken. Psychoanalysis engages the addict in a way that co-opts him into developing his own internal solution to his current entrapment.

The work of analysis is fundamentally a restructuring through language that will enable the addict to moderate his suffering psychically, without recourse to the economies of self-administering pleasure.

Surviving addiction is hard won. If the addict is to move from a tyrannical pleasure to a reinstatement of his desire, he can only do so by facing his anxiety. It is the job of the analyst to facilitate and to help sustain his desire for structural change.

The causes of addiction: from a counsellor and recovering addict

My father, the alcoholic: the impact of addiction on childhood

How I switched one addiction for another, and how I recovered