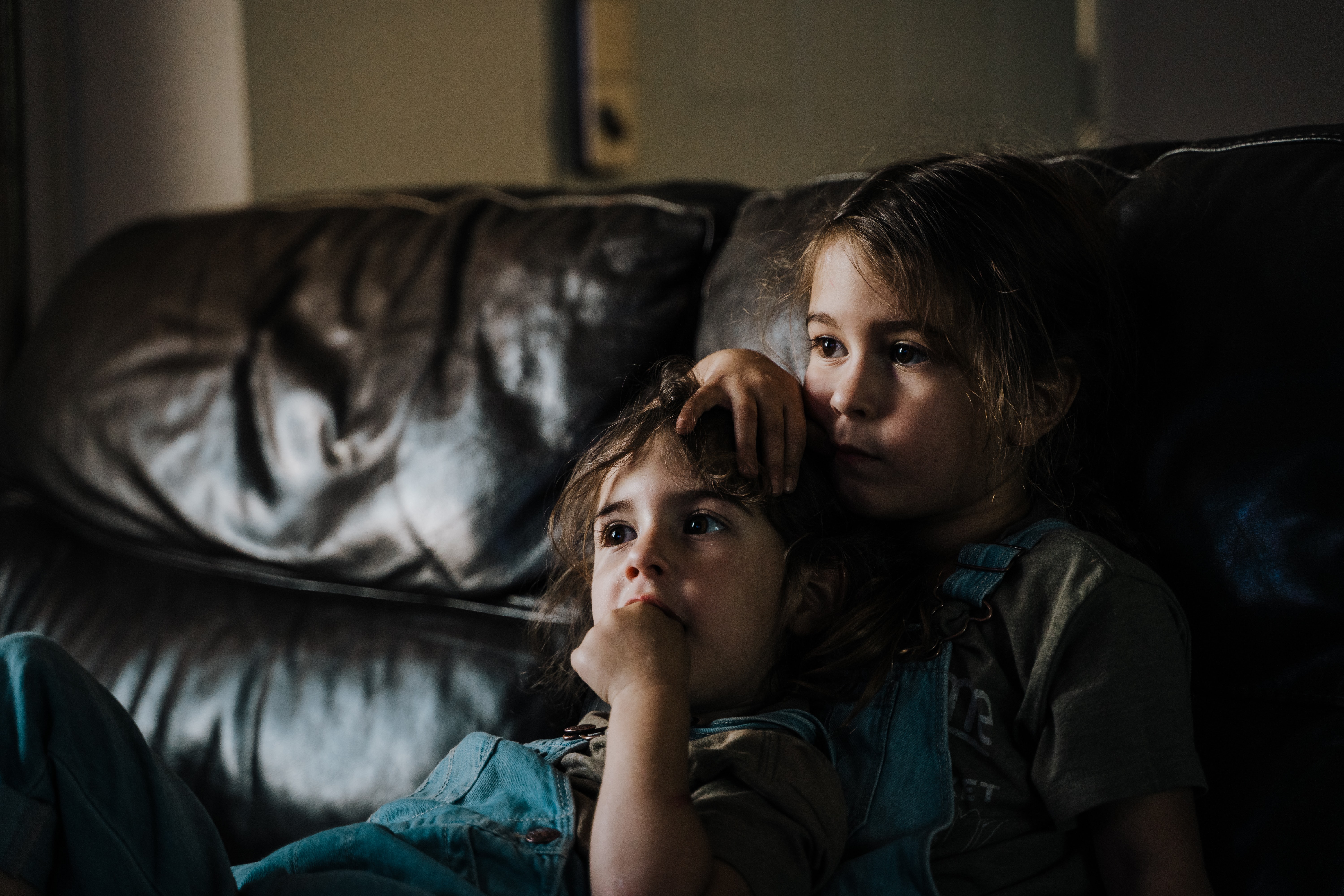 8 Ways to Protect Children in Times of Grief

As I was coming to terms with the shock and trauma of my own mother’s life-changing road accident including the painful uncertainty over whether she’d survive the convoluted and frightening tunnel of being in intensive care, my own children (aged eight and 12 years) were having to confront this most viscerally cataclysmic event.

The word trauma is perhaps overused at times and its meaning has morphed into explaining more types of experiences than previously. Though it is hard to define trauma, it will refer to any events perceived as causing extreme physical or psychological pain, or experiences that elicit “feelings of helplessness, powerlessness, and entrapment,” and ones which occur suddenly and without warning (APA, 2000). Clearly, the circumstances and subsequent events that followed with a grandmother in ICU, facing amputation surgery and having several major organs compromised was sufficient for this to be traumatic for the children.

I remember coming home from the hospital on the day of my mother’s accident and having an immediate sense that my children’s undeveloped journey had been already interrupted and even partially scarred. I found myself having flashbacks of the normal and secure stuff that our family had done only from the day before and then occasions with my mother from not too long before that. I know my children were remembering this recent halcyon period too – they told me as much.

Routine is essential. Whilst there might have been chaos, heightened emotions and change that my kids would have felt, the predictability of their own lives had to continue to reassure them life would be okay and that sufficient familiarity would remain. School continued even though my daughter was starting to develop some school anxiety and it took more effort to manage this. Both kids had their extracurricular music activities whilst my son’s football training continued even on the day after the accident.

A few days after the accident, I was knee-deep in managing my two parents’ needs in two separate hospitals when the phone rung from my daughter's school to inform me that she had been taken unwell. I cycled over to pick her up and though she was peaky, I remembered only too well how I'd somatise what was going on in my head when I was her age though I never had to face something this colossal. This had been an awfully bewildering week for her as it had been for all of us. I took her out to Hampstead Heath to a cafe and for a medicinal stroll before returning home. That night, my son had a sleepover whilst my daughter picked herself up to go away for a couple of nights on a Girl Guides canal boat trip. Both children could now do their best to create some distance from everything. As adults, we also had to do that. My wife and I went for a late walk and watched some comedy on TV though it was hard to prevent the intruding thoughts.

That weekend, when I stood in Regent's Park watching my son playing an Under 9s football match, I was able to distract myself briefly from my own blanket of pain and sadness even if I was a stone’s throw away from the scene of the accident and the hospital where my father currently was. As I watched my son dressed in his kit tirelessly running around the pitch, I could only feel pride for him doing this and imagined how I might have been at his age. I could still see a child who was drained of some of his vitality and who could blame him?

In time, their weekends were soon being filled up with weekly visits to seeing their grandmother in hospital. At first, I felt ambivalent about this but spoke with the nurses in ICU as I was facing the dilemma in exposing them to the frightening world that their grandmother was immersed in. I was so proud of how they found the courage to enter this arena and when my mother slowly emerged from her comatose state, I could not help but observe that their presence alone was a fantastic tonic for her own steps towards recovery. As the visits continued, the children told her their news, read limericks to her, played music, sung, or at other times did nothing other than to hold her hand and stroke her hair.

As a child, I was rarely, if ever, exposed to frightening images or traumatic episodes that would haunt me. I had a rather straightforward childhood. For my children, this was altogether different and perhaps most poignantly it was the visit to the hospital where they saw my mother’s amputated leg which for my son was accidentally uncovered from its protective bedding. These are moments that probably remain indelibly etched in our memory. Only four years on from this did my son happen to catch sight of his sister and me watching something rather too graphic for my own taste on Netflix that contained images of limbless figures. I witnessed his highly distressed reaction, only to acknowledge that he had been brought back shockingly to the potency and cruelty of what his eight-year-old self had seen and learned. As parents and adults, our tasks are to help and mitigate trauma and this was a reflection on one unfortunate failing along the way.

My children’s journey following the news of the accident meandered its way through all sorts of paths and tracks over the coming four months, some of which offered sadness, pain and fear, and others which offered some hope and warmth. It was only four months later that they had to re-experience grief when I had to inform them that grandmother’s slow steps towards recovery had been violently ended when she suffered a massive, fatal stroke. I had offered them some sanitised grains of hope and belief that their grandmother might find her way back home and this had felt realistic. As I arrived home from the hospital, my son could express little and had to withdraw, whilst my daughter wanted my presence although these moments remained largely non-verbal.

As the days followed, I watched on as my son’s sadness was painful to observe. I could see my grief in his eyes and could hear the cracks in his voice. My daughter’s sadness was often laced with fears and anger and more than ever I was observing the chaotic and messy brew of grief. On the day before she died, my daughter and I had visited her in her rehabilitation unit and my daughter was already blaming herself for not being on better form. We had been on a long walk beforehand and she had collapsed on a chair next to my mother’s hospital bed.  The anger in grief was not new to me and could see that she was having to grapple with so much which spilled into lots of defiance and aggression. A few weeks later at the funeral, my children sat either side of me and grieved and were there to say goodbye, something I had never done with my own.

Prior to my mother’s death, I had worked for a child bereavement charity both as a researcher and therapist so was very aware of how best to sit alongside their grief. Here are my thoughts on how best to manage this, and though I endeavoured to put into practice what I knew, so much was instinctual and so much could have been done differently or even better.

I needed to make them both feel safe, whether this was through touch (e.g. hugs) or the emotional presence (e.g. reassurance). In their own different ways, they both needed stronger security to help stabilise the force of this disturbing effect. Indeed, in the first week after the accident, I sensed that my daughter needed me to move a mattress into her bedroom and this was one of many tasks that we would do to help assuage the tremors.

I needed to somehow try my hardest not to spill my anxieties around them and exercise sufficient composure whether that was through my tone, manner and of course what I was saying.

Sharing enough information about what happened

It goes without saying when our lives are derailed like mine was, we have to ensure that the routine remains as much as possible.  Routine is essential for all of us and these benefits are often most felt through those activities at the base of the hierarchy of needs – meal times and bed times.

This is a tricky one and very individual but  interacting at any level would be comforting and provide some normalcy. Though my children were not the most verbal often just being in the presence of others was enough to help distract.

A trauma such as what they were experiencing will always feel terribly unique and isolating with a sense that others don’t have shared experiences. Though there might be some truth in this, there will always be other children who have had parallel experiences. My son became very close with a friend around that time who had recently experienced the loss of his own Dad. Though they probably never spoke about their respective grief, the awareness alone was enough.

Just as adults do, children cope in their own ways and will navigate their grief as they do. For some, they may be unexpressive, for others, it might be that they do express the sadness, anger, fear confusion or guilt.  My children were quite different as siblings often are.

Don't treat them as adults

Do not give children too much responsibility. It is very important not to overburden kids with tasks, or give them adult ones, as this can be too stressful for them.

When parents support their own children coping with emotional trauma and death, they can model, practice, and teach the principles of resilience. They can teach their children about the grieving process and normalise fearful reactions. Adults can model personal qualities and facilitate strategies that lead to a recovery. A source of comfort is demonstrating that when bad things happen, children are not alone.

Saul Hillman is a verified welldoing.org therapist in North West London and online

Coping with memories of grief and loss at Christmas

Grief and trauma after a sudden bereavement