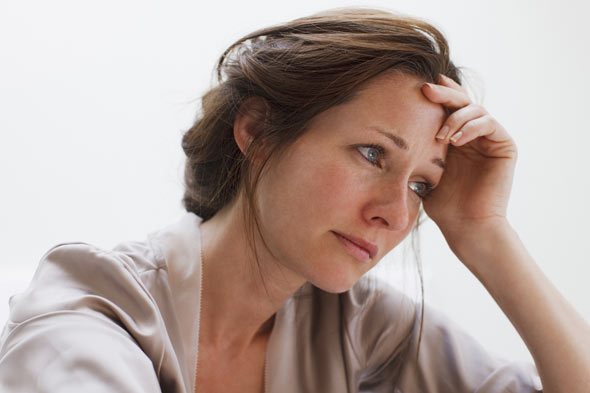 3 Signs You May Be Living with Chronic Guilt

I've grown up around a certain level of guilt, passed down through the generations on my mother's side a bit like our weird little toes - though I feel guilty for saying so. Hard to define or talk about, and imbued with nuances of vulnerability, shame and self-criticism, guilt is pervasive. I didn't realise until my 20s both how much more acutely and frequently I felt guilt than others and how much this has affected my life, in terms of friendships, family, romantic relationships and work.

If any of the following points resonate with you, you might be experiencing unusual levels of guilt - sometimes known as chronic guilt - and I would encourage you to talk about it, with close friends at least and maybe a professional, both of which have helped me immensely.

You feel guilty much of the time

There is an unexpected downpour when you were the one to suggest a picnic with friends. You haven't replied to that message you received yesterday from your relative or friend who hadn't in fact replied to you in six months. You're cooking dinner with your partner, and it burns. Despite you both being in the kitchen and involved in the cooking process, this is absolutely your fault. You missed a call from you mum, and after three missed calls from you and a week has past, she still hasn't responded. You must have upset her.

However out of your control and minor the slip up, you are followed around by looming clouds of guilty feeling. Whenever you are involved with something, even minimally, things must go well - at least for other people involved. Otherwise it's all your fault and you are a 'bad person'.

You have trouble in your relationships

If you are someone who is prone to feeling guilty, it makes sense that you can both be easily manipulated and struggle to stand up for yourself. This can take you down some dangerous paths in relationships with people who are inclined to take advantage, whether consciously or subconsciously. The threat, or mere assumption, that your actions could upset another person can convince you to abandon your intentions.

You may also struggle to stand up for yourself when you should. The distress it causes you when you have upset someone is a bad enough deterrent. The lack of self-worth that often accompanies chronic guilt might lead you to assume others will reject, criticise or disapprove of you. Not wishing to get a reaction that confirms your worthlessness, you don't stand up for yourself.

This toxic combination of low self-worth and guilt can make it difficult to see your relationships for what they are until you gain some perspective. Ultimately though, if you are feeling guilty within a relationship, without having done anything explicitly wrong, there is probably an issue there to be addressed. If you don't believe your partner is doing anything wrong and you are still plagued with these feelings, it might just be a case of explaining to your partner that you are prone to feeling this way and the two of you finding a way to work together with this additional understanding.

You don't look after yourself

You often, if not always, put the needs of others before your own. Indeed this might be so automatic you might not even notice you're doing it. Putting yourself first = selfishness = bad. And the opposite is true: you get a hit of validation and self-worth from being able to look after others, and this therefore makes you a 'good person'. You become neglectful of your needs, perhaps even completely unaware of them until poor mental and/or physical health forces you too acknowledge them.

During the slow death of a particularly complicated relationship one of my closest friends said to me: 'Alice, the first rule of first aid - you don't help someone else if you are endangering yourself. If you don't look after yourself you're no good to yourself, or to others'. That one has always stuck with me.