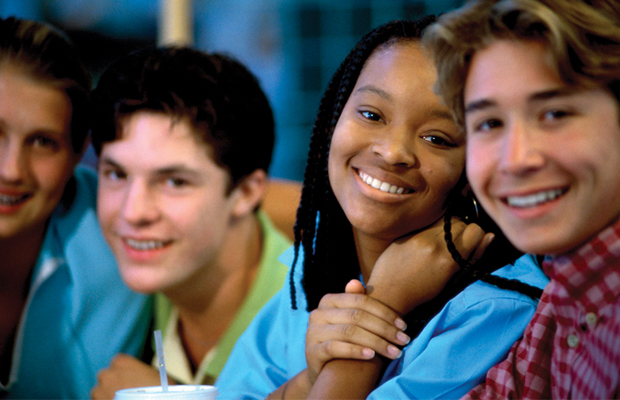 Yesterday, October 13, a report was taken to the Houses of Parliament which aims to address the key problems facing young people with mental ill-health. The report, ‘50 Fixes for mental health: It’s time you ‘got it’, calls on parents, grandparents, teachers, fellow students, employers and colleagues, journalists and other media professionals to all play their part in creating greater understanding and reducing stigma.

The easiest way to achieve this, the report states, is for everyone to make it their business to listen to young people living with mental ill-health and learn from them.

The campaign was launched by Fixers in response to the fact that 69 per cent of the existing 17,000 young people who have joined the charity are tackling issues with mental wellbeing at the core.

Fixers CEO Margo Horsley said:  “Young people’s mental ill-health has become one of the biggest public health concerns. The overarching conclusion of this programme of work is that young people feel, at best, misunderstood and, at worst, ignored.

“Whether at home with family, in education with their peers and teachers, at work with colleagues and bosses, interacting with health services, socialising and engaging with all forms of media, they find that people just don’t ‘get it’ – they don’t understand and are not aware of mental health conditions.

“At the top of their list of things that need to be done, is that we all do more to listen, put ourselves in their shoes and learn to empathise. This will help them but also help future generations and build a more mentally robust society.

“It doesn’t matter whether you are a teacher, psychiatrist, GP, parent, sibling, friend, criminal justice worker or journalist – because you reflect and influence their lives – they ask you to read this report, hear their voice and value it.

“Put yourself in their shoes. We have been talking about change for some time, now it’s time we all ‘got it’.”

The Feel Happy Fix report contains 50 recommendations for policy and practice. They include:

1. All medical professionals to use simplified literature and language to explain the child and adolescent mental health system and what to expect.

2. Employers to offer employees more flexibility by providing return to work plans, which may include flexible hours, regular breaks, time off to attend treatment appointments and a buddy support system.

4.There should be a code of media guidance, which outlines what words and images can be used to describe and portray mental health conditions, regulated by the Independent Press Standards Association and OFCOM.

5. A new public health campaign for all parents and carers on spotting the signs of mental illness and advice on where to go for support.

6. All teachers and support staff should be mental health trained and it should be an ongoing part of teaching development.

The Feel Happy Fix campaign collected new evidence from the testimonies of 300 young people across the UK who responded to a survey, attended regional workshops, focus groups and a national debate, hosted by TV presenter and professional counsellor Anna Williamson.

The survey of 155 young people showed:

Some 50% of young people with mental health problems attempt suicide

62% resort to self-harm as a coping mechanism

54% had limited their food intake

Low self-esteem keeps them from sleeping most, with 52% wide awake worrying about it

Just under half (49%) revealed that support from peers who had experienced similar problems would benefit them most.

Body image proved to be a major issue, with 57% admitting that they would be happier if they didn’t obsess about their looks.

And – indicating a need for mental health education in pre-teens – the survey reveals that our nation’s young people are unhappiest between the ages of 11 and 13.